Budget 2019: What older Australians are looking for this year

Ahead of Australia's federal budget (Tuesday, 2 April), SBS News visits the marginal Victorian seat of Corangamite, where the Liberal Party holds the balance of power. 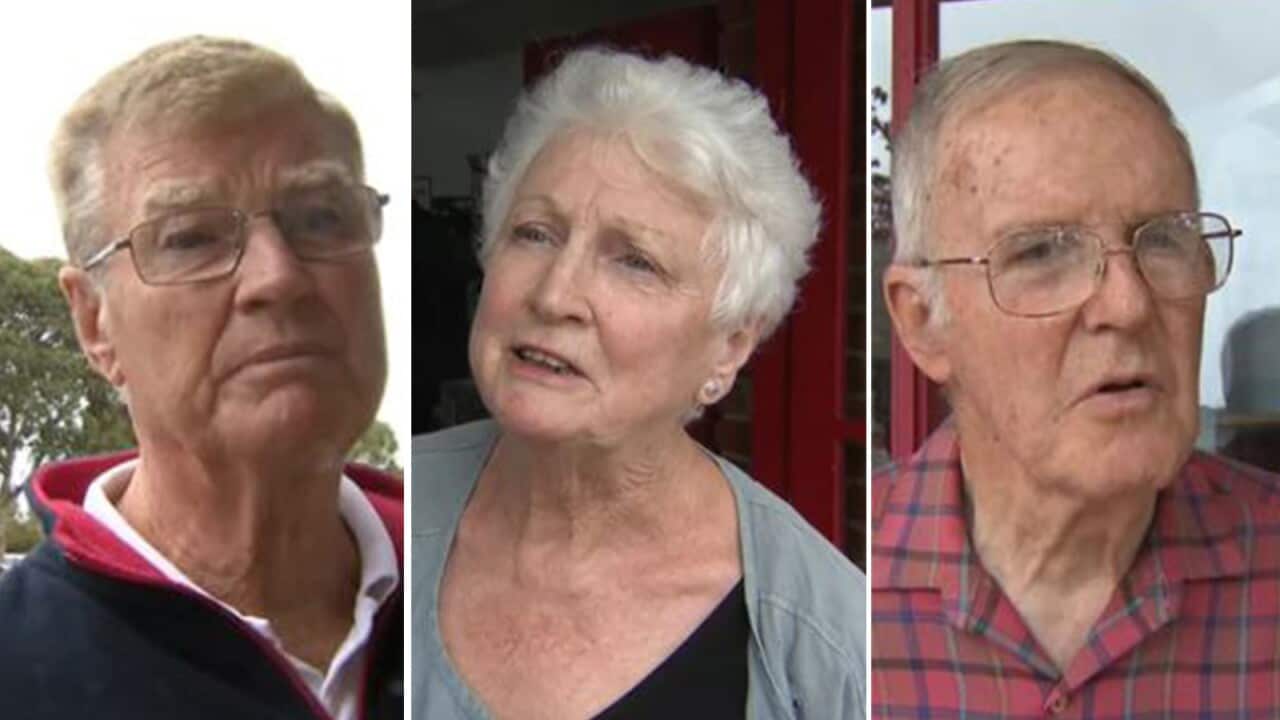 Residents in the electorate of Corangamite. Source: SBS

The beachfront town of Torquay on Victoria's Surf Coast is the birthplace of iconic brands Quicksilver and Rip Curl.

It marks the start of the heritage listed Great Ocean Road and is part of the country's most marginal federal electorate, Corangamite.

Brian O'Kane has lived here for four decades. A self-funded retiree on a part pension, he estimates Labor's plan to remove refundable franking credits will cost him $4,000 to $5,000 a year.

Advertisement
On Budget night he will be looking to see what impact Liberal policies will have on his 'nest egg'.

Brian O'Kane will be looking to see how the Budget impacts his 'nest egg'. Source: SBS

"It's probably the most significant item for me at this stage,” he says. “I just hope they don't change the frank dividends for people like myself who are self-funded retirees.”

“I think it is a little bit unfair that they should penalise them because most self-funded retirees are not wealthy."

On the high street, retiree Judy Vagg is catching up with a friend.

She would be financially worse off under Labor's plan too, but the former teacher is willing to take a hit for the sake of her grandchildren.

"I'd like to see money [spent] on state schools and public education,” Ms Vagg says.

“It concerns me that we have got two very big different types of education."
Retiree Judy Vagg is willing to lose some of her franking credits dividends for the sake of her grandchildren. Source: SBS
Eighty-five-year-old Kevin Hunt is browsing the shelves at the town's small independent book store.

He's a swing voter and wants help for his sons' small businesses in the budget. Job opportunities for his grandchildren matter to him, as well as quality care for the elderly.

"They've given a lot in their lives and they should be looked after by trained people,” Mr Hunt says.

“And those who are running aged care centres shouldn't be all about profit. They should have adequate staff."

The Parliamentary inquiry into removing franking credits holds a forum with residents in Torquay. Source: SBS

Jim Nicola is one resident unhappy with the proposals, considering them "extremely unfair".

"[I] cannot understand why we are being penalized to such an extent, in such a harsh manner at this stage of our retirement."

"Abolishing the present system of paying franking credits is a small price to pay if the money that would have been paid to the shareholder is available, for example, for better health care services in the community or for the education of our grandchildren,” he says.

The constituency of Corangamite has been something of a bellwether seat in recent times, changing hands in line with the elected government.

Torquay in the electorate of Corangamite. Source: SBS

Sarah Henderson retained the seat in 2016 by a slim margin and redistribution of federal boundaries last year cut that further, making it the most marginal Liberal seat in Australia.

"We've got to listen to all the things that they promise and try and figure out what they might really do,” local retiree Mr O’Kane says.

“Because unfortunately, politicians make a lot of promises. A lot of them are pie in the sky promises."

And that distrust could cost either side the election.

Budget 2019-20 will be released at approximately 7.30pm (AEDT) on Tuesday 2 April 2019. SBS News will bring you all the details and reaction live
online
, on
Facebook
and on
Twitter
.