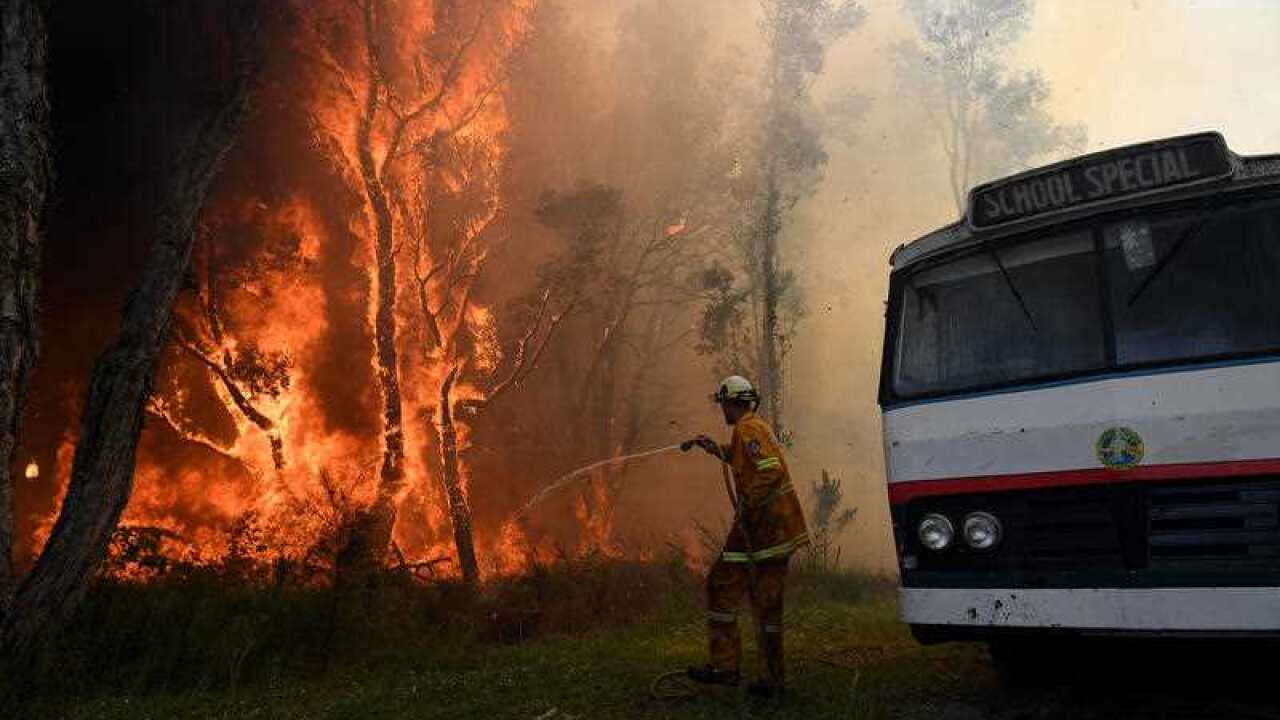 4 min read
This article is more than 3 years old

Bushfire season: What are firestorms and how can we fight them?

New research has helped develop a model for predicting firestorms which it's hoped can save lives by informing firefighters' decisions.

Published Wednesday 9 January 2019
By Samantha Beniac-Brooks
Source: SBS News
Every summer, Australia's firefighters struggle with the ferocity of bushfires. But when fires suddenly become firestorms, they can become deadly.

"Instead of being generated by a hot day or a cold front, they're actually generated by the heat from a bushfire," Dr Badlan said.

"They are the most dangerous manifestation of a bush fire, so they’re impossible to control.

"It can generate its own weather, so that means it can produce thunder and lightning, it can also produce even tornadoes."

The worst recorded case of firestorms in Australia was during the Canberra fires of 2003, where authorities underestimated the scale of the fires.

File image of a bushfire that burnt through the Brindabella mountains in Canberra in 2003 Source: AAP

"Most dangerously for the firefighters are the winds because they're erratic - they're very strong down bursts of winds which come from any direction," Dr Badlan explained.

She said since 2001, Australia has had at least 50 confirmed firestorms, which have mostly occurred in Australia's southeast.

How do they form?

Researchers found one of the key factors in a firestorm developing is the shape of the fire on the ground.

Fires that maintain a regular circle shape are likely to have an even more intense build-up of heat and smoke in the core, because the circle shapes protects the core from the outside air.

A developing firestorm during the Grampians fire in February 2013 Source: Randall Bacon

That concentration of heat and smoke rises and disrupts the atmosphere and develops into a firestorm.

ACT Emergency Services risk analyst Rick McRae and UNSW Associate Professor Jason Sharples
have used the findings
in the development of a predictive model for firestorms.

The model is now in the final stages of trials with the NSW Rural Fire Service and ACT Emergency Services Agency.

In those trials, researchers used the model during a few fire seasons across their respective states.

The model successfully predicted two of three instances where a particular fire was believed to eventually develop into a firestorm.

"We got one false alarm, so we still have a little bit of work to do in refining the model but the fact that we got the two which actually did develop into firestorms is promising," Professor Jason Sharples told SBS News.

The model correctly predicted abrupt changes in the 2018 fires around Leadville and Cassilis in NSW, which had already burnt through over 50,000 hectares of land.

Professor Sharples said the model is being used by the NSW RFS as a "complementary avenue".

"You have this extra level of triage that you can appeal to when you have a whole lot of fires on the day," he said.

"You can start to look at the whole landscape, the way the weather is going to evolve through the day and pick out which ones are more likely to develop into firestorms."

The model in action

The researchers hope the model will soon be picked up by other fire-fighting agencies for trials elsewhere in the country, with the eventual hope of it being used globally.

"Nowhere in the world is anyone operationally predicting them," Dr Badlan said.

The researchers predict firestorms are only going to become more common as climate change takes effect.

Professor Sharples said the ability to predict a firestorm would mean lives can be saved.

File image of a helitanker fighting a bushfire near Mittagong, NSW Source: AAP

"On a day when you've got hundreds of fires burning, and responses - resources are limited - it gives you that extra ability to say well 'these are the ones that we really need to focus on'," he said.