Business lobby, unions join forces to call for 'no reduction' to migration rate 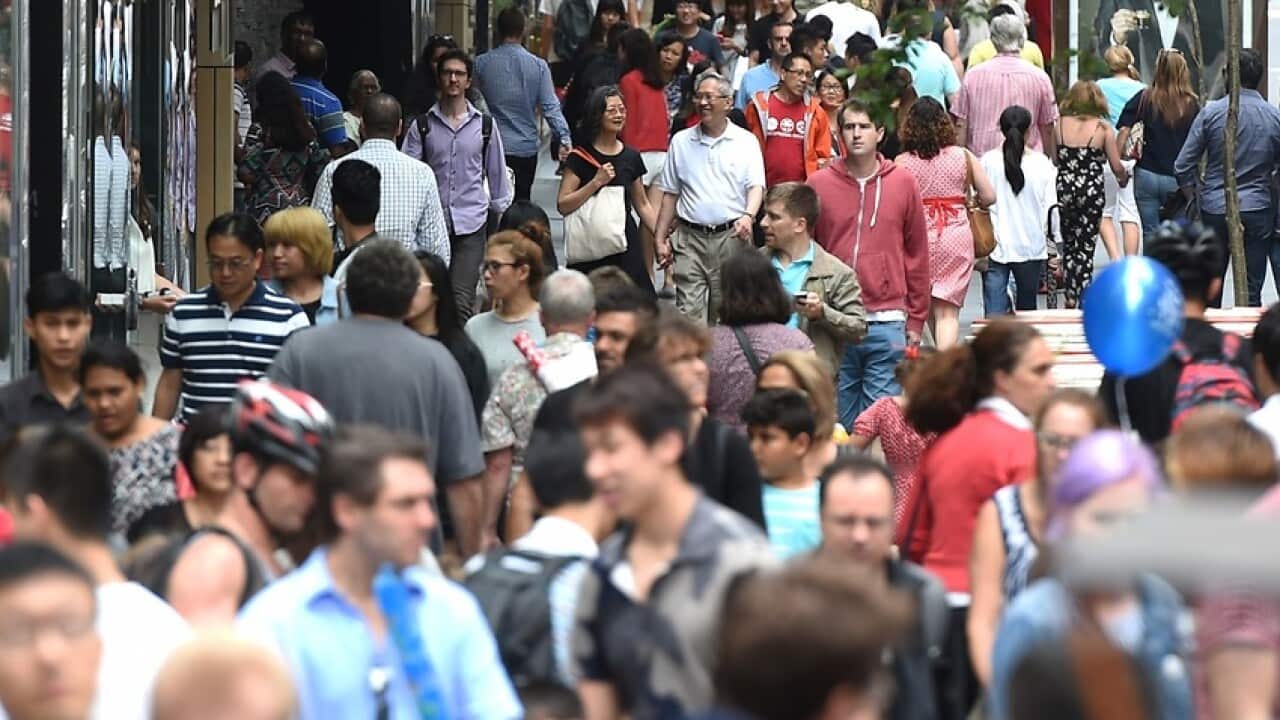 One of the nation's peak business lobby groups and the Australian Council of Trade Unions (ACTU) have found rare common ground, urging the Turnbull government to keep Australia’s annual intake of permanent migrants at 190,000.

The unprecedented document, published today in The Australian, warns cutting the annual migration rate would harm the country’s economy and social fabric.

It comes following reports of a fractious debate within the Coalition over whether the current 190,000 cap on permanent visas should be reduced.

Advertisement
Former Prime Minister Tony Abbott has urged a
major cut to 110,000 places
, while Home Affairs minister Peter Dutton said he had “canvassed different options” but
denied a report
he urged cabinet to back a reduction of 20,000 places.

“This historic national compact brings together civil society, business and our union movement in shared tripartite commitment to migration as part of Australia’s future,” the document says.

“We affirm that Australia’s permanent migration program is essential to Australian society and our economy and do not support any reduction to the scheme.”


Co-signatories include the powerful Australian Industry Group, which represents 60,000 companies, and various civil society groups, including the Migration Council, the ethnic community group FECCA and the Settlement Council of Australia. Of of the country's largest unions, United Voice, joined the ACTU in backing the statement.

The co-operation between the business lobby and the union movement is unusual. Just a few weeks ago, the Australian Industry Group
accused the ACTU
of "treating businesses and workers as social engineering cannon fodder".

Nearly every year the cap is met, but in the most recent 2016-17 financial year, the intake dipped to 183,000. The government has no obligation to fill the quota.

Mr Dutton said the final statistics for the 2017-18 year would be available in coming months and suggested the number would again be “less than 190,000”.

The compact was also
published online
on a website registered to the Migration Council, according to domain hosting data.

But the Turnbull government last year reframed the figure as a cap, rather than a number to strive for, resulting in last year's reduction of 7,000 places.

Carla Wilshire is the CEO of the Migration Council, which organised the joint statement. She said the signatories wanted the level to remain at 190,000, rather than being allowed to gradually fall under the existing cap.

"We need to move back to system where we have a target of 190,000 places and we hit that target, because it's critically important to business confidence, to job creation, to growth, that we have confidence in how our migration program is going to play out over the budgetary year," Ms Wilshire told SBS News.

The statement comes just days before the release of the federal budget on May 8, which could include announcements in the immigration portfolio.

"I think it's critically important that going forward, in this budget and in budgets to come, that we maintain our level of immigration, that we don't see a cut," she said.

The ACTU, meanwhile, is simultaneously campaigning for
tighter rules to limit the number of jobs
going to temporary migrant workers, warning against a “guest” worker system where low-income workers from overseas could be easily exploited.

The union group wants tougher labour market testing rules, so employers have to prove they recently advertised the job inside Australia before telling the government they needed to fill a skills shortage with a foreign worker.

It also wants a ban on job ads that specifically target foreign workers or a particular visa stream.

Last year, the Turnbull government dramatically cut its list of eligible occupations in a major reform to the controversial 457 visa.

Hundreds of jobs - including hairdressers, finance managers, chief executives, public relations professionals, primary school teachers and dentists - were moved on to a list that no longer had access to a pathway to permanent residency, meaning they would not be able to settle in Australia.

The ACTU is now echoing concerns from the Migration Council that the 457 reforms may create a "guest worker" system in Australia, which has traditionally run a migration program with many skilled workers ending up as permanent residents.

"Australia's migration program must, as it did previously, favour permanent migration, so people can come to Australia with their family and build a life for themselves - with the same rights that we all deserve," ACTU secretary Sally McManus said.

The 190,000 cap on permanent migration every year does not tell the whole story of Australian immigration.

The country’s “net overseas migration” statistics, known as the NOM, track the flows of people in and out of the country.

It includes those who enter the country on temporary visas, including temporary working, student and tourist visas. It also includes Australians who leave the country, or return home after time overseas.

The Home Affairs department estimates 511,900 people will have arrived in Australia by the end of this financial year in June 2018.