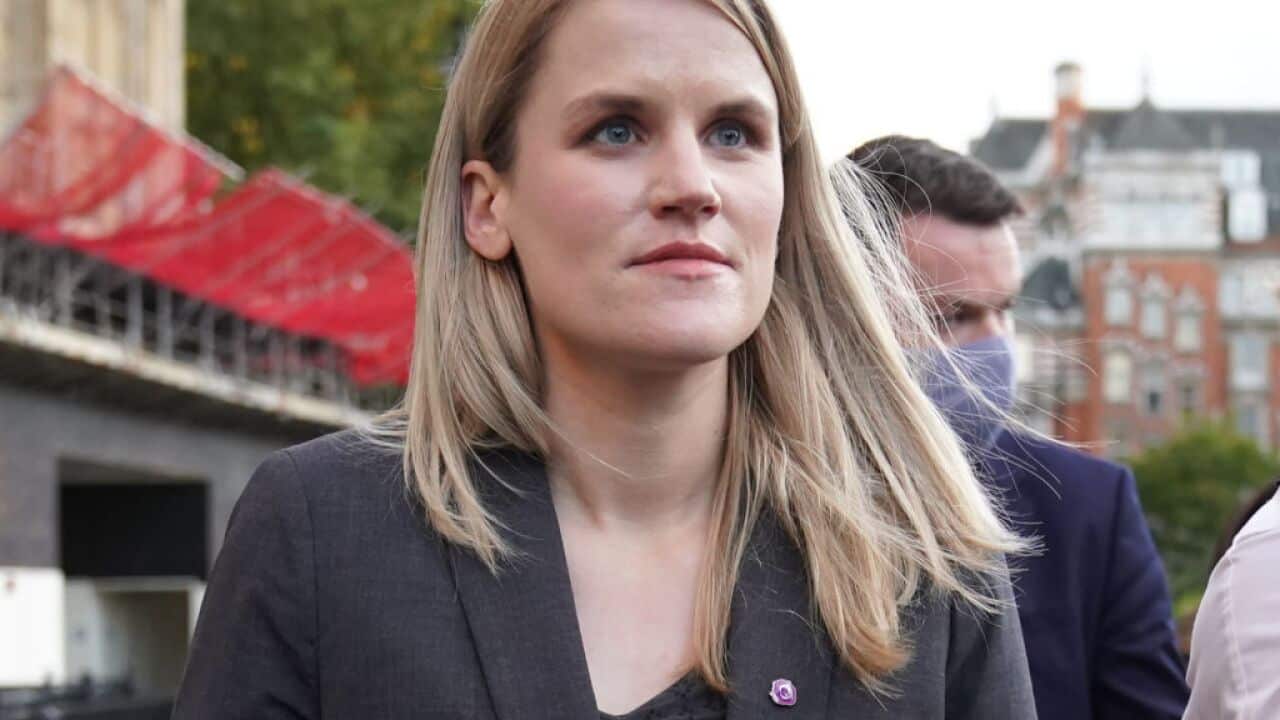 Facebook whistleblower Frances Haugen has told UK lawmakers that posting content featuring anger and hate "is the easiest way to grow" on the social media platform as she urged better regulation.

Advertisement
"It pushes you to the extremes and it fans hate," she told a panel of British MPs probing regulatory options, weeks after she testified to US Congress.

"Anger and hate is the easiest way to grow on Facebook... bad actors have an incentive to play the algorithm, and they figure out all the ways to optimise Facebook."

Ms Haugen worked for companies including Google and Pinterest before starting at the world's largest social media platform in 2019 with the hope of helping Facebook change course.

However, the 37-year-old data scientist has said she became increasingly concerned about the choices she saw the company making and left in May.

Facebook whistleblower Frances Haugen (right) gives evidence to the joint committee for the Draft Online Safety Bill, in London. Source: SBS / , UK Parliament
She She then shared documents with US lawmakers and The Wall Street Journal that showed failures by Facebook to address misinformation, hate and other toxic content.

They also alleged that it knew its products, including Instagram, were harming young girls, especially around body image.

In a wide-ranging assessment of its failings, she said Facebook was failing to regulate larger groups with hundreds of thousands of users where misinformation proliferates.

"We have to care about societal harm, not just for the 'Global South' but our own societies," she said.

"Facebook has been unwilling to accept even little slivers of profit being sacrificed for safety, and that's not acceptable."

Ms Haugen said a raft of up-to-date and "flexible" regulations were needed as content and social media companies evolve.

"We need ways to hold these companies accountable," she added, calling for more human intervention instead of algorithms and artificial intelligence.

As part of forthcoming legislation on online safety, the UK government is considering criminal sanctions against company executives who fail to tackle harmful content on their platforms.

Ms Haugen said such sanctions could play an important role because they "act like gasoline on the law".

But she added: "There was a real pattern of people who are willing to look the other way, are promoted more than people who raise alarms."

Facebook founder Mark Zuckerberg has previously rejected Ms Haugen's claims, saying her attacks on the company were "misrepresenting" its work.