Human Rights Watch has called for the release of Australian citizen Chau Van Kham, labelling his arbitrary detention in Vietnam “a travesty of justice”. 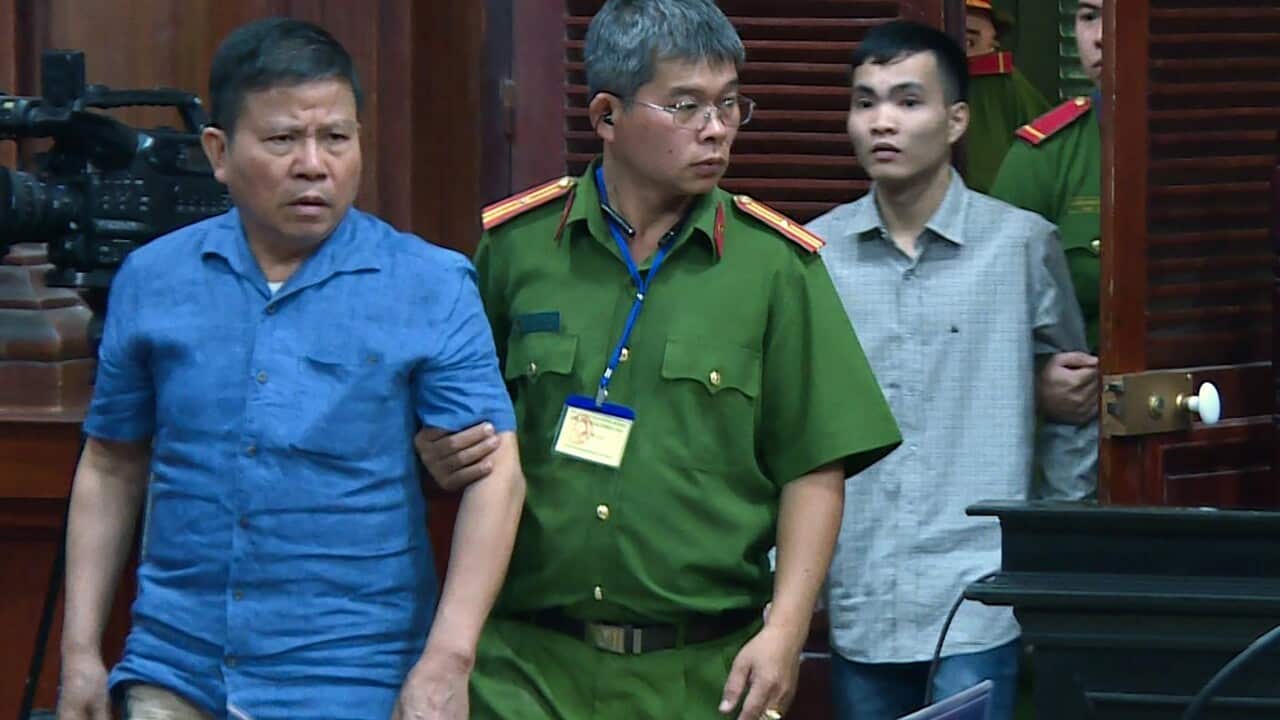 Chau Van Kham was arrested in Vietnam in 2019. Source: AFP

On the third anniversary of Australian citizen Chau Van Kham's detention in Vietnam, Human Rights Watch and his wife have called for his release.

A member of the Viet Tan, a US-based group that aims to establish liberal democracy in Vietnam through peaceful and political means, Mr Kham was visiting Vietnam in January 2019 when he was arrested on charges of terrorism.

The 72-year-old former baker from Sydney was sentenced to 12 years in jail in November 2019 over allegations he had raised money for anti-state activities, joined anti-Vietnam protests in Australia and recruited members for Viet Tan.

Advertisement
In a statement released on Monday morning, the Australian director of Human Rights Watch Elaine Pearson called on the Australian government to press for Mr Kham's release.

“Chau’s harsh conviction on terrorism charges is a travesty of justice. The Vietnamese government should pardon Chau and let him return to his family in Australia.

“Chau has suffered a lot in the last few year. We are very worried about inadequate medical treatment and he hasn’t even seen an Australian consular officer face-to-face since April 2021,” Ms Pearson said.

She called upon the Australian government to prioritise the case.

“The Vietnamese government has a track record of releasing others convicted of crimes into exile outside the country, following strong political pressure,” Ms Pearson said.

Mr Kham’s wife Quynh Trang Chau also released a statement to mark the anniversary. She said her family feared they may never see Mr Kham again and she pleaded for the Australian government to intervene.

“My family and I are devastated with his unfair and harsh sentence,” Ms Chau said in the letter.

“Despite ongoing strong efforts from our family, the Vietnamese community in Australia, and other national and international organisations to save him over the past three years, my husband remains imprisoned,” she said.

Ms Chau said DFAT had discussed her husband's case with the Vietnamese government in April 2021 and had organised a consular visit, but she said she had "not been aware of any further strong action undertaken by the Australian government to save my husband".

The COVID-19 pandemic had hampered subsequent visits, she said.

“To deal with my husband’s ongoing medical problems (most seriously, prostate), a regular supply of relevant medication is required. Currently I have been posting such medication to him monthly from Australia. He also does not have any regular health check for his health problems while in prison,” she said.