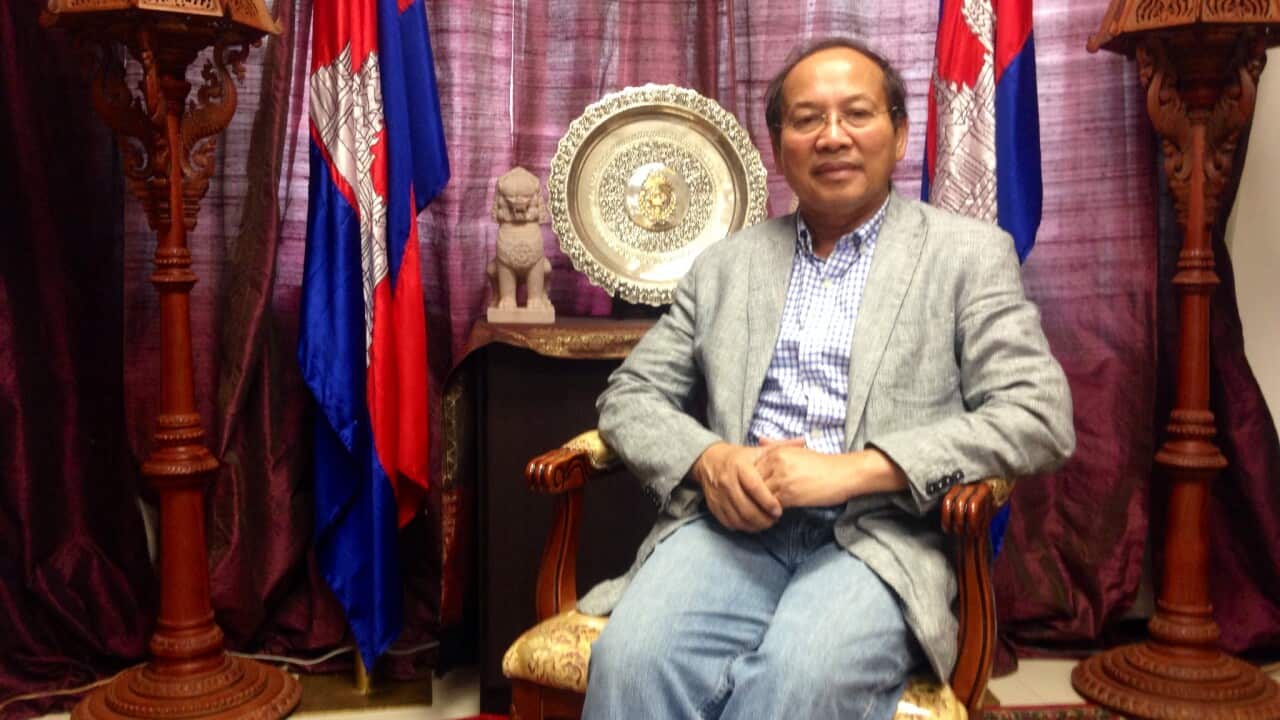 A spokesman for the Cambodian Secretary of State says Cambodia supported the Abbott government's $40 million refugee resettlement agreement on "humanitarian" grounds and to strengthen ties with Australia.

Phay Siphan told SBS that Australia provided significant assistance to Cambodia and it wanted to do the same.

"Australia is open for Cambodian refugee[s]," he said. "We have to pay back something. We don't want to take from Australia."

Advertisement
Under the agreement, refugees on Nauru who volunteer to move to Cambodia will be resettled there by the government. The International Organisation for Migration (IOM) has agreed to facilitate the resettlements.

Mr Siphan told SBS that the he understood the plight of refugees and welcomed any who chose to come to Cambodia from Nauru.

He said Australia shouldered a huge burden with refugees and was unfairly criticised over its treatment of them.

'Not something the development community would support'

The refugee agreement has been widely criticised by human rights groups in Australia and Cambodia since it was announced last year.

Tek Vannara, Executive Director of The NGO Forum on Cambodia, said most human rights groups in Cambodia thought the government should work out the country's domestic issues before taking any refugees.

"The biggest concerns of the human rights NGOs are that the human rights situation in Cambodia is still not good. There are a lot of internal issues like economic land concessions," he said.

World Vision Cambodia's national director Jason Evans said in a statement that the "vast majority" of international NGOs based in Cambodia thought the deal was not in the best interests of Cambodian people.

“We do trust that the Australian Government is doing its due diligence. However, we are concerned about the precedent that this sets as this type of deal is not something that the development community would support,” he said.

In the past six months, a number of Christian Montagnards from Vietnam have fled to Cambodia on the grounds of religious persecution.

Thirteen have been granted refugee status but many more have been deported back to Vietnam - allegedly without being properly processed - and others are hiding in the forest, according to
The Phnom Penh Post
.

Mr Siphan said the Montagnards sent back to Vietnam were "not refugees" and the issue came down to national security.

"We don't allow anyone to use Cambodia as a swingboard for political refugees," he said. "We are looking to protect our national interest."

The Australian government has not yet confirmed how many families have volunteered to come to Cambodia from Nauru, but Mr Siphan said those who did chose to come had the opportunity to make a better life for themselves.