Poor air quality in Canberra from bushfire smoke has seen the offices of the government agency responsible for emergency management shut. 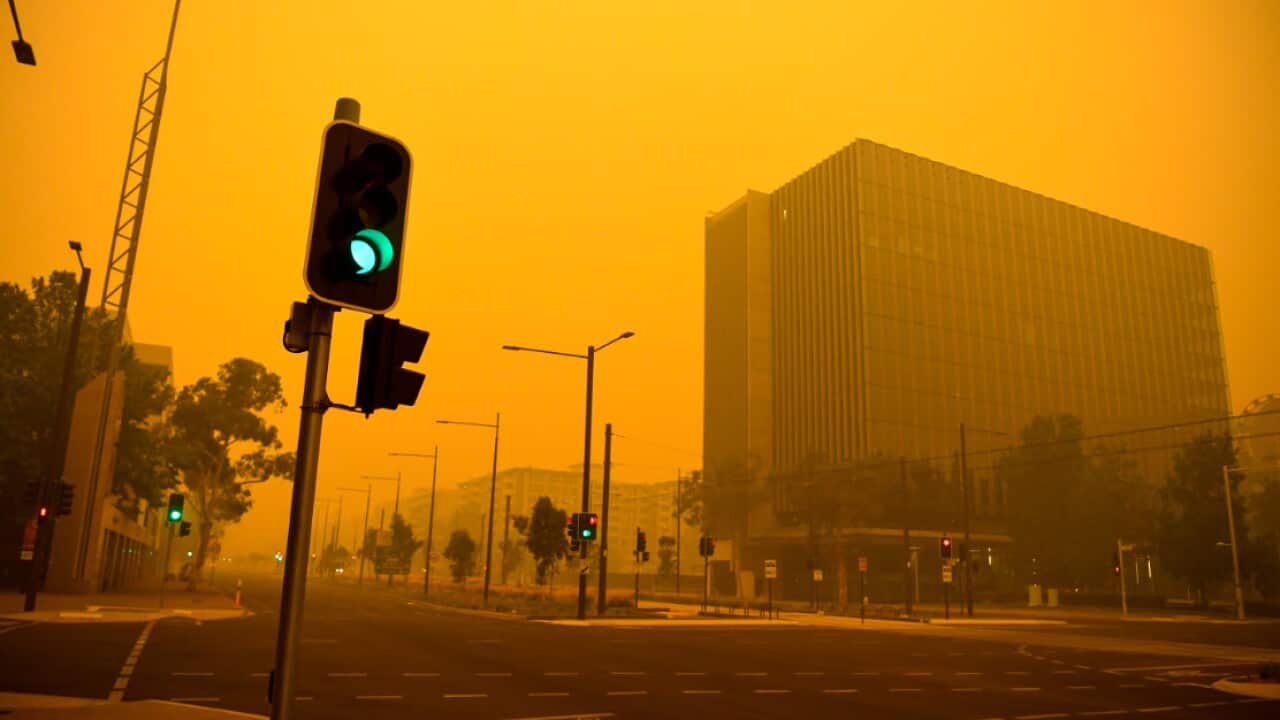 The department responsible for coordinating Australia's response to disasters and emergency management has closed its doors due to poor air quality.

Staff have been told to stay away from Canberra headquarters for 48 hours, but some essential employees will work from other locations.

Advertisement
The capital's air quality was the worst of any major city in the world on Monday morning, as winds carried in smoke from bushfires in NSW.

The Department of Health relocated staff in Canberra to other offices in the city due to the smoke but otherwise operated as normal.

Canberra childcare centres also closed due to the poor air quality in the capital.

YWCA Canberra said the decision to close all its centres in the capital was to protect staff and children from the hazardous air.

Shops, museums and recreational facilities all shut their doors across the capital as air quality deteriorated.

The National Gallery of Australia said closing its doors allowed it protect staff and patrons, but also the art on display.

The gallery is currently hosting an exhibition of Matisse and Picasso works.

All Qantas flights at Canberra Airport were cancelled on Sunday due to the smoke.