'Can't be in two places at once': Scott Morrison defends Uluru absence

Labor politicians have questioned why the Prime Minister and the Indigenous Affairs Minister did not travel to Uluru on the weekend. 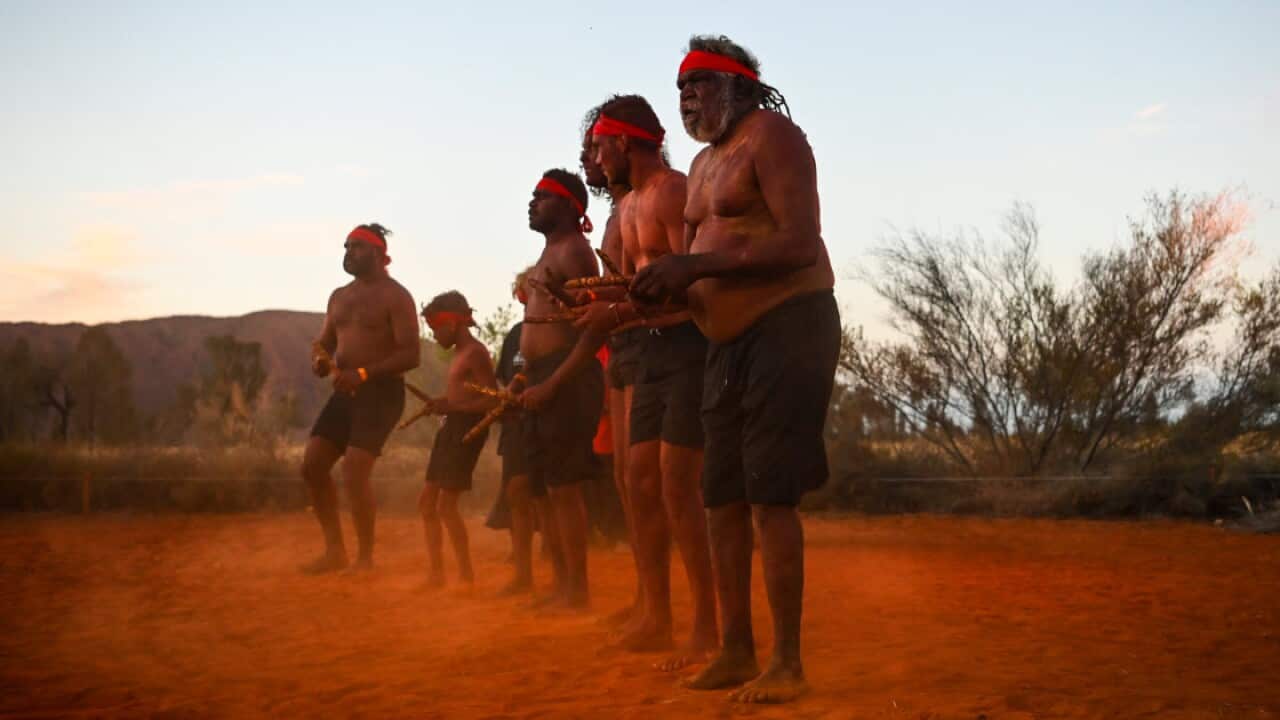 Traditional dancers perform during the official ceremony to celebrate the closure of the climb at Uluru-Kata Tjuta National Park in the Northern Territory Source: AAP

Prime Minister Scott Morrison has addressed scathing criticism of his Uluru absence by saying he "can't be in two places at once".

"Neither (opposition leader) Anthony Albanese or I were present at that event," Mr Morrison said.

Advertisement
"My schedule didn't permit to be there. I can't be in two places at once. I was in WA on the weekend and I was travelling back with my family from the West Australian telethon."

Mr Morrison acknowledged that the Uluru climbing ban was a "significant change" as well as a "timely one".

Neither Mr Morrison, nor his Indigenous Australians Minister Ken Wyatt, were present as the Uluru tourist climb was closed for good.

Opposition leader Anthony Albanese did not travel to the event either and on Sunday was at a community event in Leichardt, Sydney.

The only federal representative of Mr Morrison's government at the event was Environment Minister Sussan Ley.

“Well I would’ve thought that the Prime Minister should’ve been attending this occasion. I saw him at the basketball somewhere in Australia,” Mr Dodson told NITV.

"If he had a real empathy with the religious and cultural foundations of the First Nations of this country he should’ve been here.

“The Prime Minister should’ve been at this event and showing respect for First Nations across Australia, but particularly with the Anangu, who have been generous in how they’ve shared this place, and to highlight the importance of Aboriginal culture and spirituality across Australia.”

"What can you say about a Prime Minister who clearly doesn’t get it. That’s the point here," Mr Snowdon told NITV.

"If this was some Christian festival somewhere else he’d be up there, doing as he does. This is far more important. This is about respect and understanding."

Mr Morrison was in Perth over the weekend, where he visited crew on the HMAS Sheean submarine before watching the Constellation Cup netball clash between Australia and New Zealand.

Ms Burney, the opposition spokeswoman for Indigenous Australians, also questioned why Mr Wyatt did not travel to Uluru.

A spokesman for Mr Wyatt said he missed the Uluru event because he had commitments in his Hasluck electorate in Western Australia.

“The minister supports the wishes of the Traditional Owners and welcomes the closure of the Uluru climb and has said that he ‘thinks it’s a significant point in the history of this country in terms of the traditional owners of Uluru having their say and having their wishes respected - it is a sacred site’,” he said.

Midnight Oil frontman and former Labor minister Peter Garrett used the closure to push for an Indigenous voice in Parliament.

“This is a terrific opportunity and I feel like a weight has been lifted off the nation now we've got people off the rock," he said.

"Traditional owners have never wanted it, now they've had their wishes respected at last.

"It's time for a new relationship with Aboriginal and Islander people, honouring the Uluru Statement from the Heart. Both Prime Minister Morrison and the opposition leader [need] to get together and look closely at this document.

"That is so that Aboriginal and Islander people can take their rightful place in a nation which was theirs and still is."

The 2017 Uluru Statement signed by Indigenous leaders calls for an advisory voice to parliament in the constitution but is opposed by the Morrison government.

Uluru is a sacred site and of great spiritual significance to the Anangu, and related to their creation myths, cultural beliefs and laws known as Tjukurpa.

Anangu people partied alongside non-Indigenous people at a celebration on Sunday at which rock stars such as Mr Garrett, Goanna frontman Shane Howard, and local indigenous bands and artists performed.

Two days after the climb's closure, which included a sometimes bitter debate marked by the booing of the last climbers on the rock, an inclusive party open to all was held as the sun went down over Uluru.