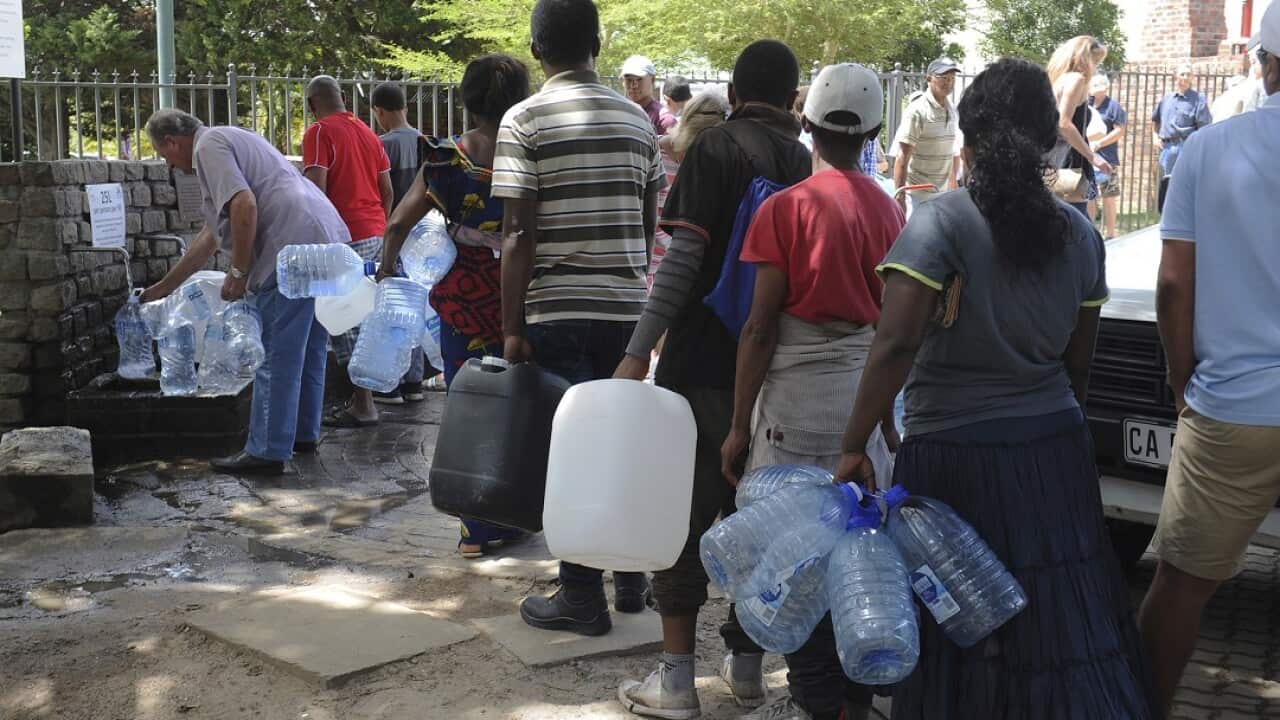 Cape Town's drought measures have temporarily saved the city from its so-called "Day Zero" - the day when taps are expected to run dry.

The city announced on Tuesday water restrictions - which require each citizen to use less than 50 litres a day - had successfully pushed back "Day Zero" from May 11 to June 4.

Cape Town is in the grip of a catastrophic three-year-long drought as sparse rains have failed to bring relief and dam levels have dropped dangerously low.

"If we keep consumption this low for the weeks and months to come, we will defeat "Day Zero" in 2018," Mr Maimane, whose party runs the Cape Town municipality, said.

The Democratic Alliance party also tweeted the city had saved 529 million litres of water a day for the past week.

Should "Day Zero" arrive, most Cape Town residents would be forced to queue at communal taps at 200 water points - likely under police or military guard - to collect a daily ration of 25 litres.

"[Cape Town's] crippling drought has spawned a multitude of innovative ideas and DIY projects‚" it said before sharing several tips such as using shower water to flush the toilet.

Cape Town officials have said "economically essential" sites will be spared the shut-off on "Day Zero" as will impoverished informal settlements that already rely on communal taps.

But the new "Day Zero" announcement also came on the same day South Africa elevated the drought to a "national disaster" after reassessing its "magnitude and severity".

The government statement, published in the official government gazette, means the national government is now responsible for tackling the issue and ensuring relief efforts.

Rains in Cape Town over the weekend raised hopes that the situation would improve, but the downpours were neither heavy nor long enough to have an impact on the situation.