Coles will now hand out reusable bags - which normally cost 15 cents - for free after customer backlash. 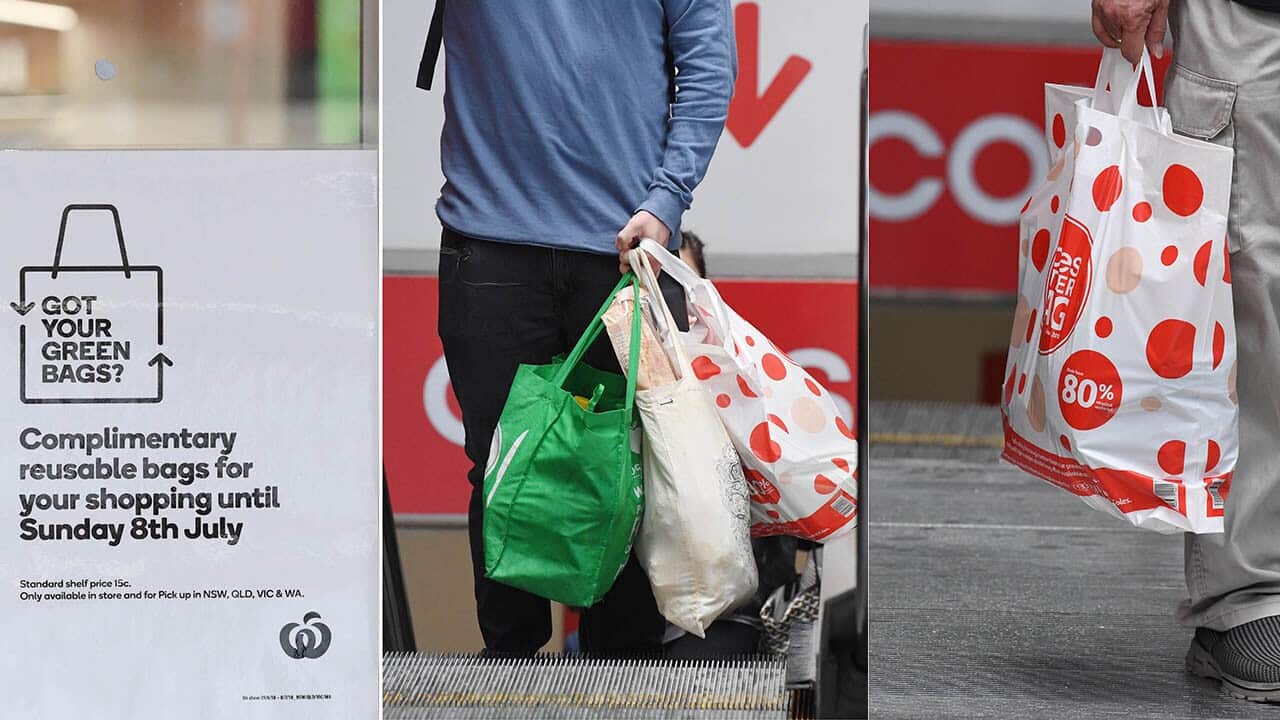 Coles has backflipped and will bring back plastic bags. Source: AAP

Coles has caved to public pressure and will now offer reusable plastic bags for free for an indefinite period of time, after backflipping on its 1 August cut-off date.

The supermarket giant has been handing out bags to customers in NSW, Victoria, Queensland and Western Australia since 1 July after banning single-use plastic bags.

Advertisement
The supermarket was meant to stop providing its reusable Better Bags for free on 1 August and start charging customers 15 cents per bag, but has now backflipped on that decision.

The supermarket quickly started copping flak for the reversal, with shoppers and environmental groups taking Coles to task.

Greenpeace has called the decision irresponsible and disappointing, saying Coles is perpetuating the problem of plastic waste by providing the free bags.

“Coles have caved in far too quickly to a small but vocal minority and there is absolutely no doubt Coles will be punished for this decision by customers who don’t want to see plastic bags littering their beaches and killing marine life."
Coles has decided to continue giving away reusable plastic bags. Source: AAP

"Giving away re-usable plastic bags is an environmental disaster, this just increases the amount of plastic that will now make its way into landfill and our waterways," Harris Farm said in a statement.

"We now renew our call to Gladys Berejiklian and the state government to enforce a ban on single-use plastic bags immediately. We also call on the Board of Coles to reconsider this decision for the sake of our planet."

In contrast, Coles rival Woolworths has reaffirmed their commitment to removing 3.2 billion single-use plastic bags out of circulation. In a statement to SBS News, a spokesperson said there will be no change to the company's approach.

"We've found the majority of our customers across Australia have embraced the move to a more sustainable way of shopping and we would like to thank them for their patience and support since we phased out single-use plastic bags.

"Our focus is on continuing to help the rest of our customers form new and sustainable habits. That's why we continue to reward customers who remember to bring their own bags with Woolworths Rewards points," the Woolworths spokesperson said.

Some shoppers also took to social media to attack Coles over the backflip.

"What a bunch of cowards you are @Coles you should be doubling down and not making any plastic bags available in your stores," Ben B tweeted.

Read more
Plastic bag ban: Are you across the 1 July changes?

"Hey Coles, I won't be shopping at Coles until you stop this plastic bag nonsense," she tweeted.

A Coles spokeswoman said when the ban on single-use plastic bags came in, some customers said they needed more time to transition to reusable bags.

"We've been delighted to see customers grow more accustomed to bringing their reusable bags from home so they are relying less on complimentary bags at the checkout," she said in a statement.

"Many customers bringing bags from home are still finding themselves short a bag or two so we are offering complimentary reusable Better Bags to help them complete their shopping."

Coles originally said it would provide its Better Bags, made from 80 per cent recycled material, for free until July 8 to help customers adjust.

But Coles then decided to extend the giveaway of free reusable bags until August 1.

Both supermarket chains faced a backlash from some shoppers after their bans on single-use bags were introduced as part of a national push to reduce plastic waste.