China has hit back at Australia's call for a probe into the origins of the Covid-19 outbreak and Beijing's transparency over the pandemic. 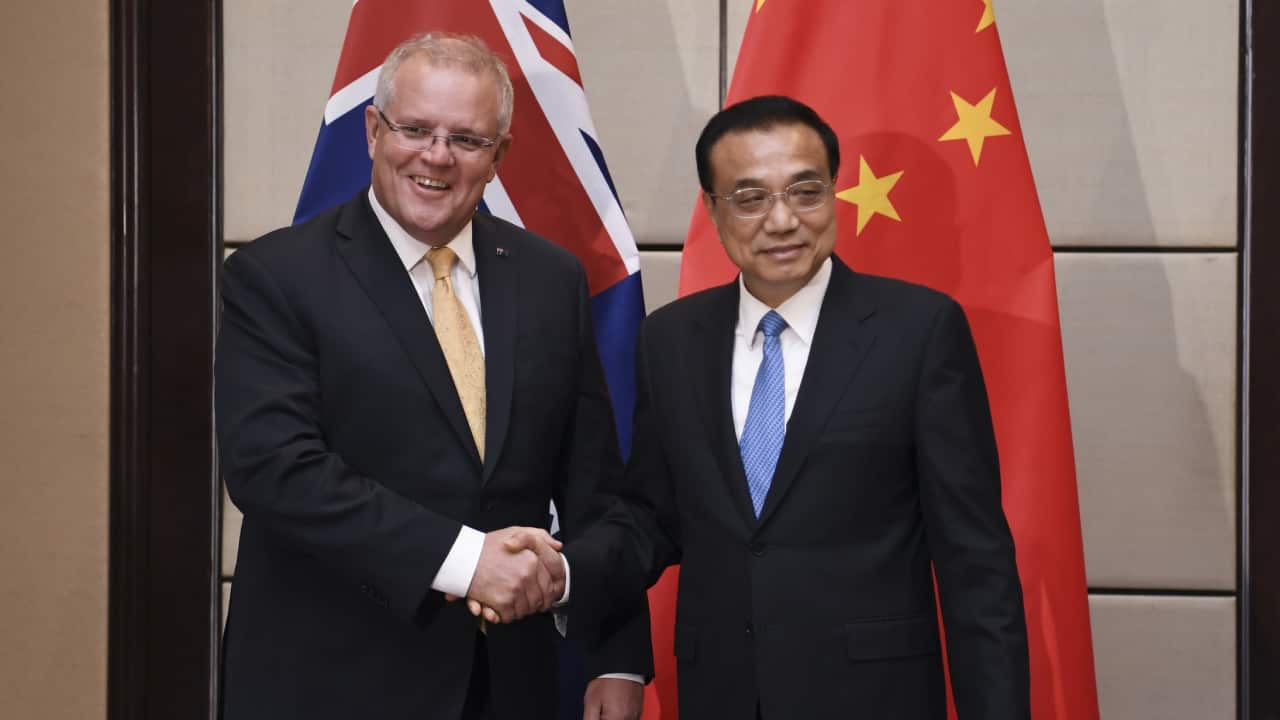 Australia's call for an international probe into the origins of the coronavirus pandemic has drawn sharp criticism from China, accusing Scott Morrison's government of taking instructions from the United States.

Australia sought support for an investigation into the pandemic outbreak, including the response of the World Health Organisation
(WHO), in calls with US President Donald Trump and major powers, but France, Britain and the European Union warned now was the time to fight the virus and not apportion blame.

Advertisement
Mr Morrison said on Twitter he had "a very constructive discussion" with Trump on the two nation's responses to COVID-19 and the need to get economies up and running.

"We also talked about the WHO and working together to improve the transparency and effectiveness of the international responses to pandemics," he tweeted.

But late on Tuesday, China's embassy in Canberra accused Australian lawmakers of acting as the mouthpiece of Trump, insisting "they are keen to parrot what those Americans have asserted and simply follow them in staging political attacks on China".

The White House has been fiercely critical of China and the WHO, and has withdrawn US funding
from the UN agency.

Secretary of State Mike Pompeo said on Wednesday the US strongly believes that China's ruling communist party failed to report the outbreak of the new coronavirus in a timely manner to the WHO.

Mr Morrison also spoke to German Chancellor Angela Merkel and French President Emmanuel Macron by phone about the role of the WHO.

Mr Macron told Mr Morrison now was not the time for an investigation, a French official said on Wednesday. A spokesman for British Prime Minister Boris Johnson added that for now their ministers were focused on fighting the pandemic.

In Berlin, the government confirmed that Ms Merkel had spoken with Mr Morrison on Tuesday.

Later on Wednesday, the European Union's top diplomat, reacting to Australia's bid for support for an inquiry, said any apportioning of blame could threaten international cooperation to confront the pandemic.

As Donald Trump exits the White House, an expert says he will leave Trumpism behind in Australia. Source: AAP

"The priority has to be facing the pandemic, saving lives, containing this spread. We will only defeat the pandemic through global efforts and cooperation, and this cooperation cannot be jeopardised by blaming one or the other about the origins," EU foreign policy chief Josep Borrell told a video news conference.

Australia is also examining whether the WHO should be given powers, similar to international weapons inspectors, to enter a country to investigate an outbreak without having to wait for consent, a government source told Reuters.

WHO director-general Tedros Adhanom Ghebreyesus has repeatedly said that the UN agency will evaluate its handling of the pandemic after it ends and draw the appropriate lessons.