China has said it is "dissatisfied" with what it sees as "negative" comments about the South China Sea in Australia's defence white paper. 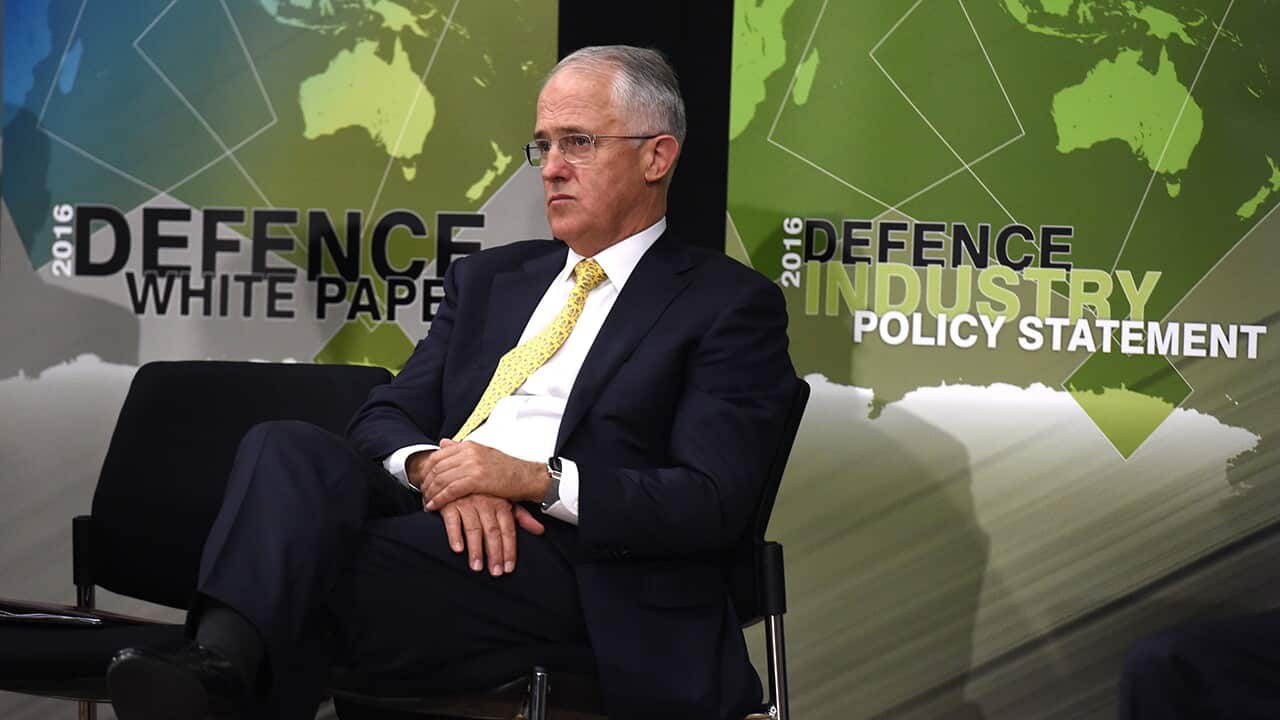 Australia will increase defence spending by nearly $30 billion over the next 10 years, seeking to protect its strategic and trade interests in the Asia-Pacific as the United States and its allies grapple with China's rising power.

The defence strategic plan was designed in mind of the changing nature of regional security, particularly China's economic and military rise and an increased US focus on the Asia-Pacific, Turnbull said.

"The United States will remain the pre-eminent global military power over the next two decades," Turnbull said.

"It will continue to be Australia's most important strategic partner through our long-standing alliance, and the active presence of the United States will continue to underpin the stability of our region."

The announcement riled Beijing, where the Foreign Ministry expressed "dissatisfaction" with Australia's "negative" remarks on the South China Sea and its military development.

Tensions between China and its neighbours Vietnam, Malaysia, Brunei, the Philippines and Taiwan over overeignty in the South China Sea have risen after China embarked on significant reclamations on disputed islands and reefs in the area.

China claims most of the South China Sea, through which more than $5 trillion in global trade passes every year.

"As a major power, it will be important for regional stability that China provides reassurance to its neighbours by being more transparent about its defence policies," Payne said.

"The Government will seek to deepen and broaden our important defence relationship with China while recognising that our strategic interests may differ in relation to some regional and global security issues."

Related reading
US to boost freedom of navigation in South China Sea: admiral

Australia has urged China and other claimants to refrain from island-building and militarisation in the South China Sea in an effort to lower tensions.

"We hope the Australian side can correctly and positively view China's development and strategic intent," Chinese Foreign Ministry spokeswoman Hua Chunying said at a regular press briefing later on Thursday.

Asked if China wanted to see an arms race in the region, Hua said: "The answer to that is definitely no".

Analysts said the report illustrated the difficult balancing act Australia is engaged in.

"It is going to require very deft and delicate diplomacy from Australia to ride two horses simultaneously - have an ally in Washington and a friend in Beijing," said Professor James Curran, University of Sydney.

"I think they have got the balance just about right but in the future it is going to be hard to keep the US happy as they increasingly expect more from their allies in the region."

In addition to detailing the number of new submarines, Payne said Australia would commit to a continuous shipbuilding program starting with nine frigates and 12 offshore patrol vessels.

The supplier of the submarines will determined later this year.

"We hope the Australian side can correctly and positively view China's development and strategic intent."

Reuters reported earlier this month the competition for the A$50 billion ($36 billion) contract to build Australia's next submarine fleet is narrowing to a race between Japan and France.

China last week urged Australia to consider Japan's wartime history and the feelings of other Asian nations when making its submarine decision.

The size of the Australian military will increase to 62,400, the plan said, the highest since 1993.

Australia will also purchase unmanned drones for the first time, improving its ability to protect maritime sovereignty and borders and provide support to troops.

Cyber security investment will be boosted, Australia said, while also committing A$1.6 billion to funding projects to develop new weapons and technology.