China to have sweeping powers over Hong Kong law

China plans to establish a special bureau in Hong Kong to investigate and prosecute crimes considered threatening to national security. 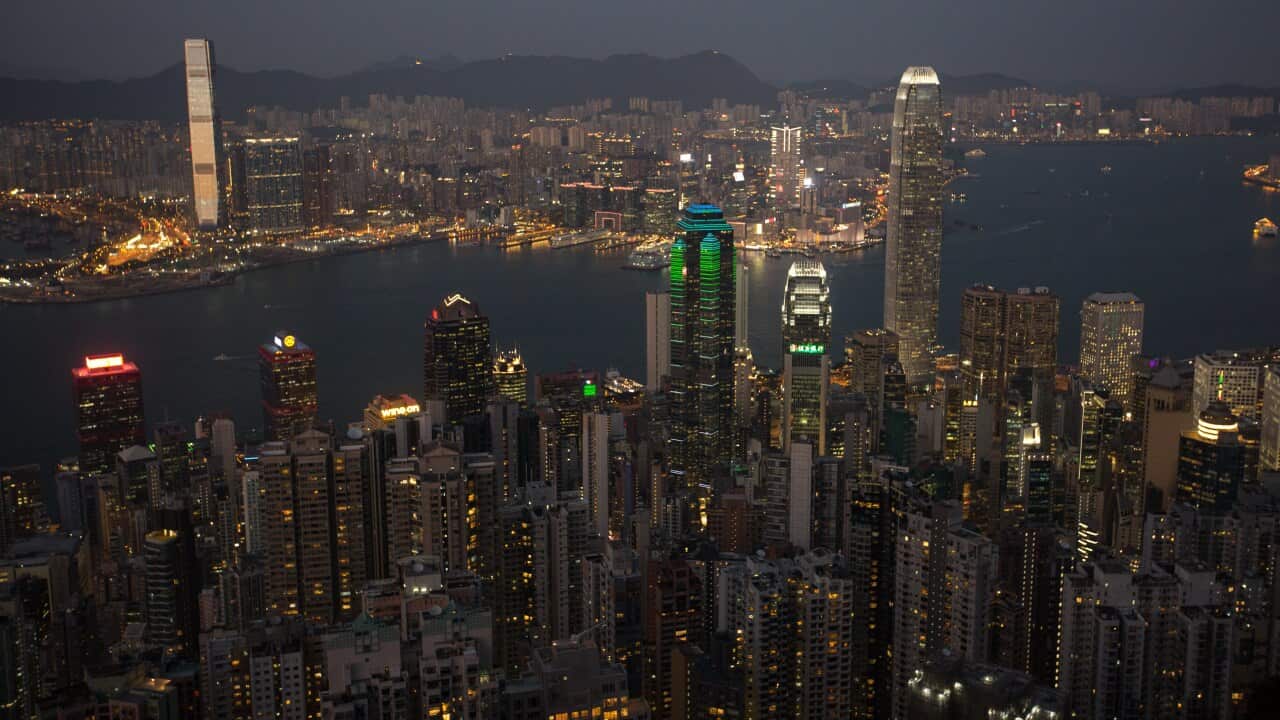 A general view of commercial and residential buildings as seen from Victoria Peak in Hong Kong, China. Source: EPA

China will have overarching powers over the enforcement of a new national security law in Hong Kong, according to new details that signal the deepest change to the city's way of life since it returned to Chinese rule in 1997.

The planned law has alarmed foreign governments as well as democracy activists in Hong Kong.

They were already concerned Beijing is eroding the high degree of autonomy granted to the territory when it was handed over from British rule.

Advertisement
According to details released by the official Xinhua news agency on Saturday, Hong Kong will establish a committee to safeguard the legislation, headed by the city's leader Carrie Lam and supervised by the central government.

New police and prosecution units will be set up to investigate and enforce the law.

Lam will also have the power to appoint judges to hear cases related to national security, an unprecedented move likely to unnerve some investors, diplomats and business leaders in Hong Kong

University of Hong Kong professor Simon Young, a barrister, said he was troubled by the apparent "broad supremacy" of the new law over current and future Hong Kong laws.

"From these initial details, this new law presents unprecedented legal questions that we will have to confront in coming years," he said.

Officials in Beijing and Hong Kong have sought to reassure investors the law will not erode the city's autonomy, insisting it will target only a minority of "troublemakers" who pose a threat to national security.

Xinhua said human rights and freedom of speech and assembly would be protected, echoing previous comments by authorities in Beijing and Hong Kong.

The details were unveiled after a three-day meeting of the top decision-making body of China's parliament.

It is unclear when the law will be enacted but political analysts expect it to take effect ahead of Legislative Council elections in Hong Kong on 6 September.

Critics fear it will crush wide-ranging freedoms that are seen as critical to Hong Kong's status as a global financial centre.

Under the details released on Saturday, any Hong Kong residents running for election or working for the government will have to swear allegiance to the city and its mini-constitution, the Basic Law.

China's move to impose the law directly on Hong Kong, bypassing the city's legislature, comes after a year of sometimes violent anti-government and anti-Beijing protests.

Mainland and local authorities have blamed "foreign forces" for fomenting the unrest.

Some political commentators say the law is aimed at sealing Hong Kong's "second return" to the motherland after the handover from Britain failed to bring residents to heel.