A think-tank paper says Australia needs China-literate policymakers more than ever, yet Chinese-Australians are underrepresented and underutilised in the public service. 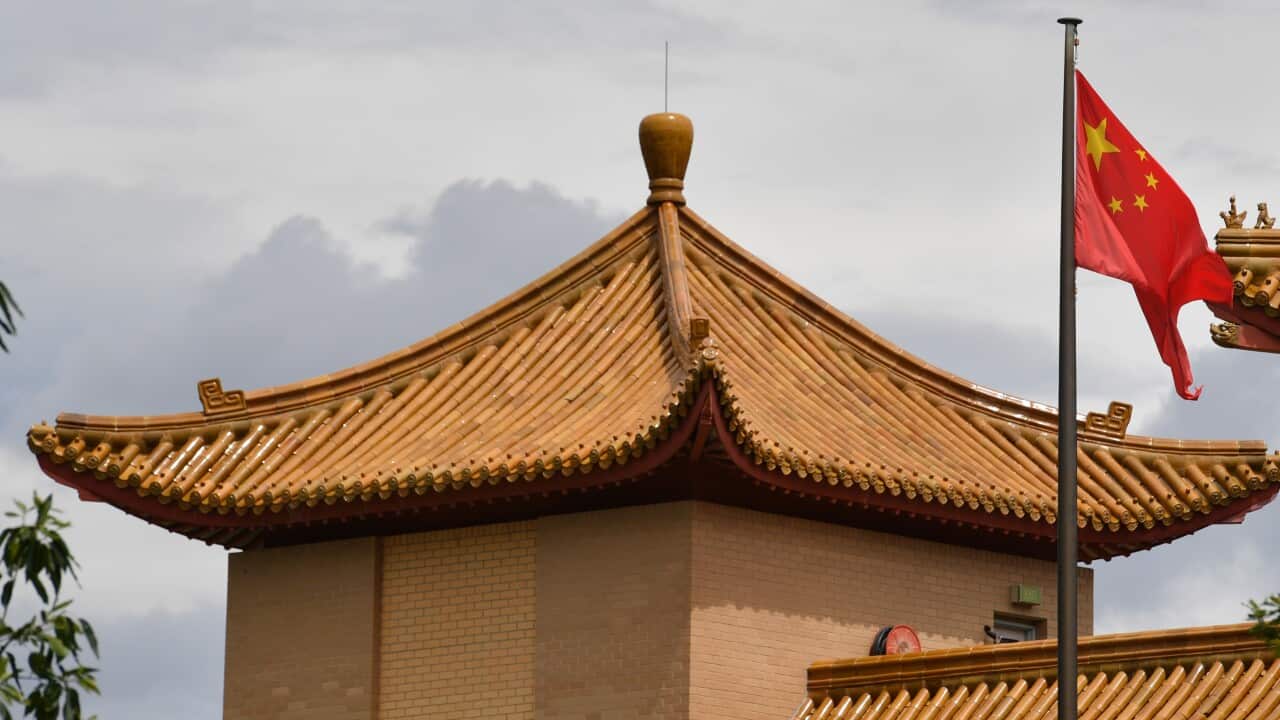 China's flag is seen at the Chinese embassy in Canberra in December 2020. Source: AAP

Chinese-Australians are overlooked and underrepresented in the public service, despite an urgent demand for Chinese expertise and language skills, a new policy brief says.

The Lowy Institute paper says almost every government policy decision has a China angle and Australia needs China-literate policymakers more than ever, yet the country’s Asia literacy remains “meagre”.

The
report by Yun Jiang
, published on Monday, says the public service needs to value China expertise within its ranks and recruit more Chinese-Australians in policy roles.

Advertisement
“The dearth of China capability means the public service is not drawing on an important source of talent, skills, and advice to develop Australia’s policies on China,” the paper said.

Only 2.2 per cent of strategic policy roles - including those involved in developing China policies - were filled by people with Chinese heritage.

The policy brief said it would take time and money to increase China literacy in the Australian population but the public service could better draw on the knowledge and skills of Chinese-Australians.

“Australia will gain a competitive edge if it can harness the experience and skills of Chinese-Australians who speak a Chinese language fluently, understand the Chinese political system and its economy, and have significant cultural awareness,” the brief said.

It noted that China - Australia’s largest trading partner - was flexing its geopolitical muscle and expanding its influence, becoming even more assertive during the COVID-19 pandemic.

"Understanding our near neighbour’s actions, intentions, and worldview has become more crucial and urgent."

Chinese-Australians feel their background is an ‘impediment’

The paper suggested that when Chinese-Australians were employed in the public service, they could be limited by management "preconceptions”.

“The perception among at least some APS employees of Chinese heritage is that their ethnic or cultural background is an impediment to working on China-related issues, even when that is where their specialised knowledge or strength lies,” it said.

A Chinese-Australian employee in one department had commented that the APS “would never hire someone with my name [to work on national security]. It’s just too risky”.

“Another observed: ‘even though I was best-placed [for China-related work], I suspect they didn’t give it to me due to perceived conflict of interest, because of my ethnicity’,” the brief said.

“One result of this is that departments may spend an extraordinary amount of time and resources training public servants to speak a Chinese language and gain better understanding of Chinese society and culture, while those with existing China literacy, including language skills, are sidelined.”

But the paper identified "relatively simple" ways the government could start to address the underrepresentation and underutilisation of Chinese-Australians in the public service.

The public service could collect greater and more detailed data on different culturally and linguistically diverse (CALD) groups in the public service, allowing better investigation of issues relating to underrepresentation, the brief said.

It recommended CALD communities be targeted for recruitment, and that the public service better match roles with skills and experience rather than looking at “generic skillsets” based on classification levels.

The paper said country and regional expertise should be valued and rewarded, and a community could be created so public servants interested in China could meet regularly to exchange ideas.

"A better harnessing of the skills and knowledge of [the Chinese-Australian] community - including via improved recruitment processes, better use of data, skills-matching, and reviewing and clarifying security clearance processes and requirements - would have substantial benefits for Australian policymaking in one of its most important bilateral relationships," the policy brief said.