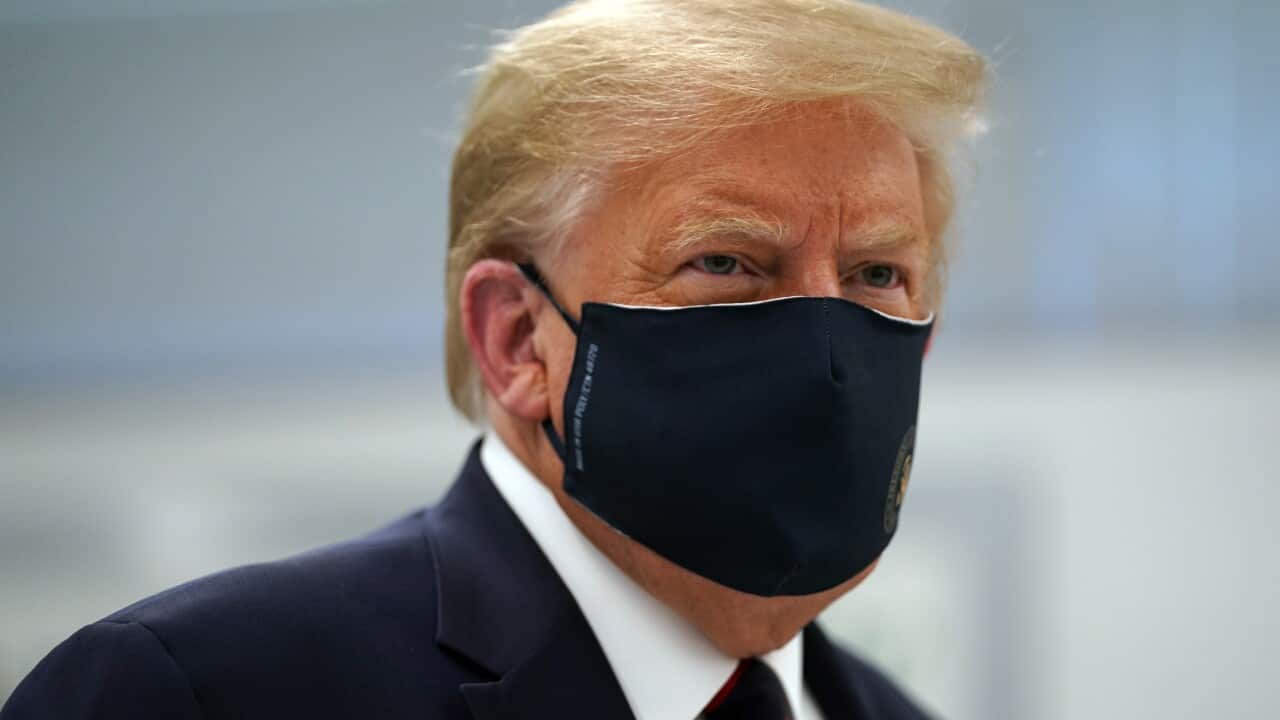 Chinese state media has mocked US President Donald Trump for "his gamble to play down COVID-19", hours after
he and the first lady tested positive for the virus.

Both Mr Trump and his wife Melania were "well" and quarantining at home, the White House chief physician said on Friday, with plans for the president to continue carrying out his duties from isolation.

As some world leaders rushed to wish the couple a speedy recovery, the English-language China Daily newspaper accused Mr Trump of "playing down the threat" of the virus and refusing to "abide by basic public health guidelines, such as wearing masks and social distancing".

"Instead, Trump has continued to hold campaign rallies that draw thousands of supporters," the article,
published on Friday
, read.

"The positive test is yet another reminder that the coronavirus continues to spread, even as Trump has tried desperately to suggest it no longer poses a danger."

The editor of the Global Times, another state-owned media outlet, also took a swipe at the president, positing that the infection would negatively impact "the image of Trump and the US" and possibly harm his re-election chances.

"President Trump and the First Lady have paid the price for his gamble to play down [the] COVID-19," he wrote on Twitter. "The news shows the severity of the US’ pandemic situation".

There are just 32 days until the 3 November presidential election, which will see Mr Trump go up against Democratic candidate Joe Biden. At 74 years old, the president falls under the high-risk category for the virus.

One day before testing positive, Mr Trump told a New York charity event: "The end of the pandemic is in sight and next year will be one of the greatest years in the history of our country."

READ MORE
Donald Trump has coronavirus. With the US election just one month away, what happens next?

More than 200,000 Americans have died from the virus, with 7.2 million infections recorded across the country.

Meanwhile, other world leaders were optimistic about the president's outlook, with Russian President Vladimir Putin saying Mr Trump's "vitality, good spirits and optimism" would help him beat the virus.

The relationship between the US and China has been in steady decline over recent months, with tensions over trade and technology leading to tit-for-tat consulate closures and the expulsion of American journalists from China.

Mr Trump has also made a point of blaming China for the COVID-19 pandemic, which he calls the "China virus".

In an address to the UN General Assembly last week, Mr Trump called on the international community to "hold accountable the nation which unleashed this plague onto the world: China".