Chinese workers fight for a fair go in Australia

Members of Australia's Chinese migrant community are calling for a pay rise and improved job security as part of a nationwide union-led campaign seeking to shine a light on worker inequality and exploitation. 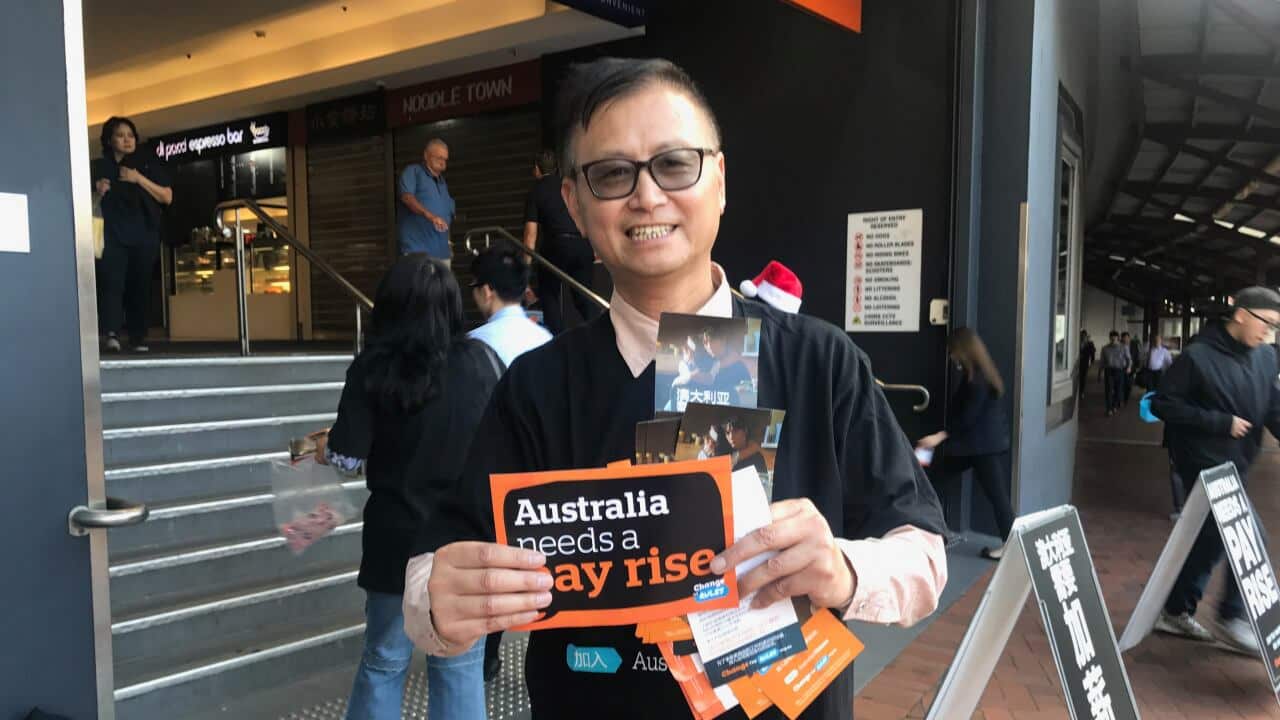 Migrant workers in Australia are pushing for better workplace conditions.

Language barriers and cultural differences are being blamed for a lack of job opportunities and security for migrant workers.

Sydney resident Stephen Fang is a staunch advocate for fair pay and working conditions for all members of the community.

Advertisement
At a previous job, his wife worked for two months without seeing a cent, despite being on a fortnightly pay cycle.

He said it wasn't until he took the matter to fair work authorities that she received any of the money she was owed.

"I have personal experience because I spoke to the manager and it wasn't until I got fair trading involved that they released [the pay]," Mr Fang said.

Mr Fang believed a 'cash-in-hand' culture in many Chinese restaurants and small businesses made workers vulnerable to exploitation.

"Chinese people can't protect themselves because they get no sick day, no holiday," he said.

"That's illegal, so the current system has lots of limitations to protect the small business, not the workers."

Stephan Fang said issues of underpaying and job insecurity were not specific to Australia's Chinese community, but impacted many migrant groups.

"Most Chinese or people from other countries, because of the language and cultural differences, they find it hard to get correct pay."

Mr Fang was among a dozen volunteers helping the Australian Council of Trade Unions spread awareness about workplace inequality within Sydney's Chinese community.

It was part of a broader campaign called "Change the Rules" which aims to achieve greater job security, higher pay and gender equality in Australian workplaces.

Willa Li joined Stephan Fang and other volunteers handing out campaign flyers in Cantonese and Mandarin.

She said a lack of job security made life stressful for many workers.

"Some people after just one week or two days job, [were told] no job. So it's very hard to get security."

The gender pay gap is another issue Ms Li hoped would also be addressed.

"Some women are treated really bad. They do the same job but the man gets higher pay rise," she explained.

"Women get a lower pay."