Prime Minister Scott Morrison has expressed regret but offered no apology to former Australia Post boss Christine Holgate after she accused him of "humiliating" her. 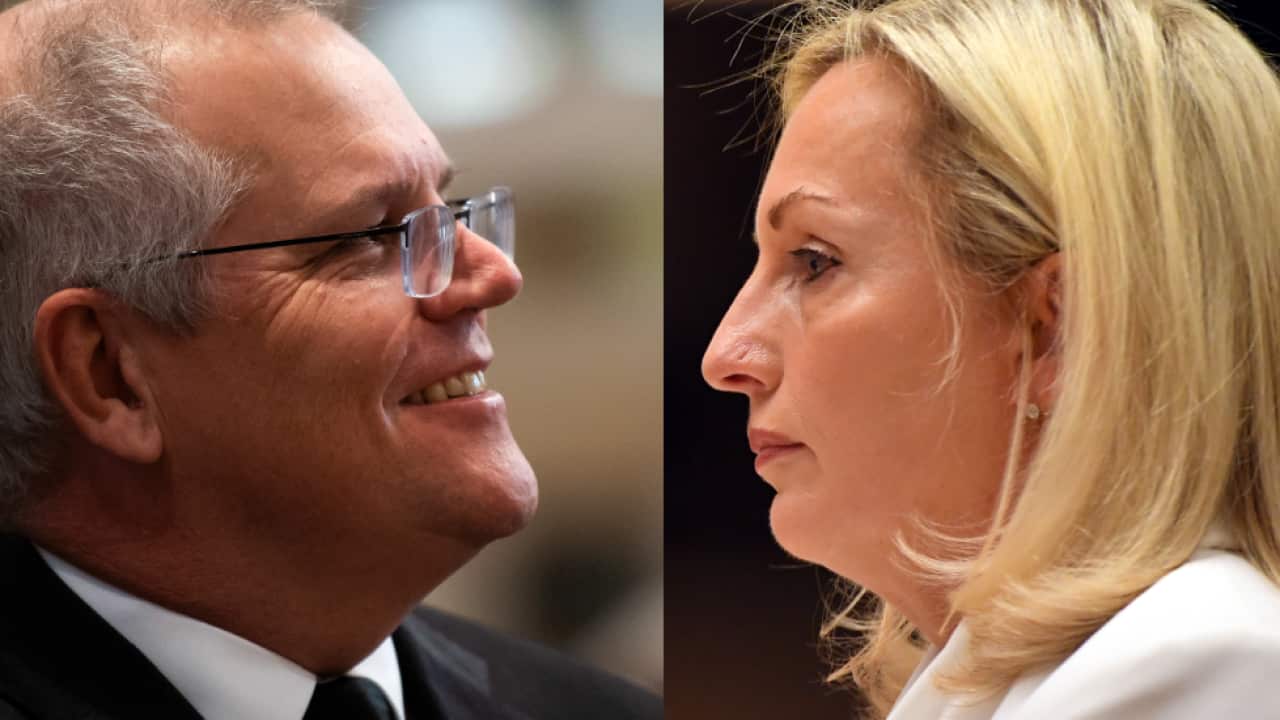 Scott Morrison has stopped short of apologising to Christine Holgate, after her extraordinary testimony in parliament. Source: AAP

Scott Morrison has refused to apologise to former Australia Post chief executive Christine Holgate after she accused the prime minister of "bullying" her out of the job.

In powerful testimony before a parliamentary inquiry on Tuesday, Ms Holgate said the prime minister had "humiliated" her following her controversial $20,000 purchase of luxury watches for four Australia Post staff.

She said the prime minister's intervention in the affair had destabilised her position as well as damaging her mental health.

Advertisement
Mr Morrison told parliament last year he was appalled by the purchases and said that, if Ms Holgate did not stand aside, "she can go".

Mr Morrison on Wednesday defended his response, saying it was not his intention to hurt Ms Holgate and he regretted causing her pain.

"It was not my intention to cause distress to Ms Holgate and I regret any distress that strong language may have caused to her and indeed did cause to her," he told reporters.

"That was not my intention. This issue was about the way taxpayer-funded companies are run."

Ms Holgate left her position 10 days after it was revealed in Senate estimates she gifted luxury watches to four senior executives.

She has called on Mr Morrison to apologise for his response to the scandal, accusing him of playing a key role in her downfall.

Ms Holgate has described Mr Morrison's conduct as "one of the worst acts of bullying I have ever witnessed" and an "utter disgrace".

Mr Morrison on Wednesday denied Ms Holgate had been treated differently because of gender.

"This was about taxpayer organisations handing out Cartier watches to well-paid executives. This has nothing to do with gender," he said.

READ MORE
Who is Christine Holgate and why is she in the news?

Mr Morrison announced an investigation into the luxury watches scandal after it was revealed last October.

But it concluded the purchases of watches were "inconsistent" with obligations of the Australia Post board and the proper use and management of public resources.

Mr Morrison said his concerns remained around the mishandling of funds by a taxpayer-funded company.

The circumstances of Ms Holgate's exit from Australia Post are contested.

She has accused the chair of the Australia Post board, Lucio Di Bartolomeo, of throwing her under a bus, claiming he "unlawfully" stood her down.

“I lost a job – a job I loved – because I was humiliated by our prime minister for committing no offence and then bullied by my chairman Lucio Di Bartolomeo,” Ms Holgate told the parliamentary hearing on Tuesday.

Mr Di Bartolomeo denied Ms Holgate was forced out, saying "she stood aside".

"I don't believe Australia Post owes an apology but I do believe she has been treated badly," he told the hearing on Tuesday. "We did not hound her out of a job."

"Scott Morrison's comments in parliament made that position untenable," he told reporters on Wednesday.

"What occurred during Question Time, no one made him say that ... that was his response and he is responsible for that."