Three Indonesian men who crewed an asylum seeker boat that fatally foundered at Christmas Island have each been sentenced to more than five years in prison. 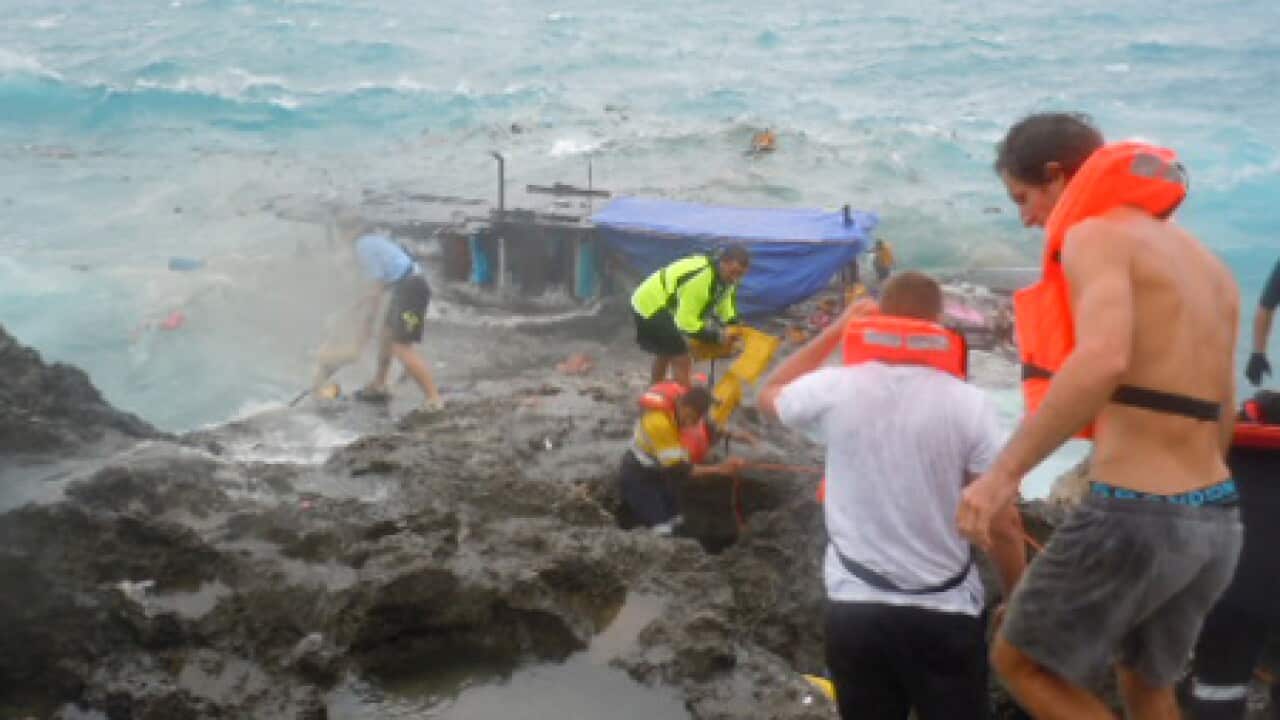 Three Indonesian men who crewed an asylum seeker boat that fatally foundered at Christmas Island have each been sentenced to more than five years in prison.

They were found guilty last month of people smuggling following a two-week trial in Perth.

Advertisement
The trio had been offered the equivalent of $2000 to be crewmen on the boat, which was carrying only 20 life jackets for 89 people. In sentencing, Judge Stephen Scott said although the trio were not sentenced over the crash and loss of lives, he believed they were "lured" by money and had "turned a blind eye" to the life jacket issue.

"Whilst it may not initially have been known to each of you how many passengers boarded the boat, I am satisfied that you knew that the boat would be overcrowded," he said.

"It may be that even if any of you had protested about the overcrowded conditions, or the lack of lifejackets, or inquired to ensure that there were sufficient lifejackets, or whether, as the weather worsened, that the boat ought to turn around, that those efforts may have been fruitless.

"The fact is, however, that none of you made any endeavours in that regard at all, and that indicates, in my view, a lack of any real concern as to the safety of these passengers."

Rasjid was sentenced to five years and nine months in prison, and will be eligible for parole after serving three years and seven months.

Supriyadi and Hans were each sentenced to five years and six months, and will each be eligible for parole after serving three years and four months.

Each of the sentences will be backdated to December 15, 2010 when they were taken into custody.