The Catholic Church was wrong to cover up abuse by pedophile priests, Melbourne Archbishop Denis Hart has told an inquiry. 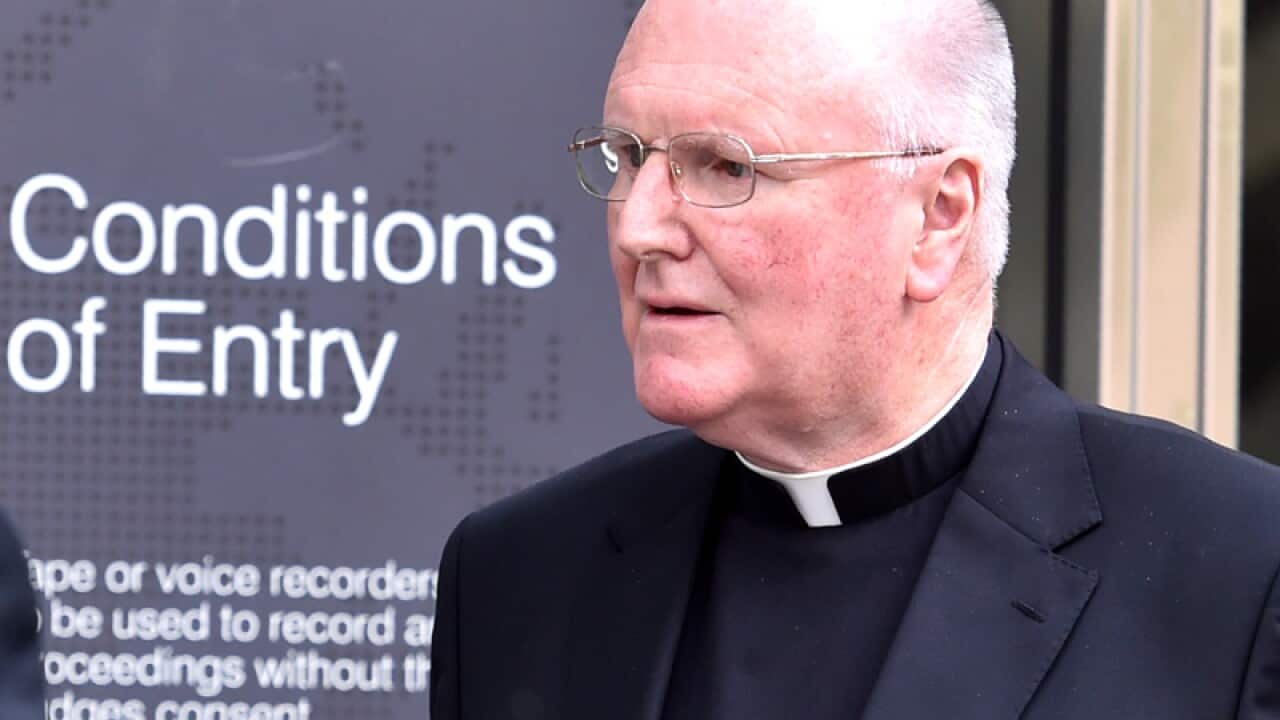 The Catholic Church buried child sex abuse complaints and engaged in a cover-up to protect its reputation, Melbourne's archbishop says.

Advertisement
"(Baker is) an utterly appalling case of terrible sexual abuse and an example, along with Fasciale and Pickering, of the archbishop failing to act on credible information about criminal abuse by a priest," Archbishop Hart said.

Priests were moved to another parish after abuse complaints and parishioners were not told the real reason they left, the child abuse royal commission heard.

When Fr Desmond Gannon retired from the Macleod parish in 1993 after an abuse complaint, parishioners were not told why he left and donated $3500 as a token of their appreciation, the inquiry heard.

"It is a serious deception of people," Archbishop Hart said.

The church paid retirement benefits to a number of accused priests, including Fr Pickering after he fled to England in 1993, the inquiry heard.

"When it came to my knowledge that he was being funded, and we didn't know where he was, I refused to be part of that subterfuge and withdrew the funding," Archbishop Hart said of his 2002 decision to cut off the funds.

"We were not being part of any concealment from the authorities."

Convicted pedophile priest Fr David Daniel was told in 1995 he could not carry out priestly duties after abuse complaints but was told to say it was because of his health if anyone asked, the inquiry heard on Tuesday.

The Melbourne archdiocese had abuse complaints about Fasciale as early as 1953 but missed opportunities to act and he continued to abuse children until 1985, the inquiry heard.

Archbishop Hart said the responses of church figures reflected the mentality of suppression of such complaints to protect the name of the church.

In 1996 then Melbourne vicar-general Gerald Cudmore vehemently denied the church had been covering up complaints for years, saying action was taken as soon as reports were made.

Asked if that was a lie, Archbishop Hart said: "I think that the facts of what was done and weren't done put the lie to that sentence."

Archbishop Hart agreed with senior counsel assisting the commission, Gail Furness SC, the vicar-general's vehement denial was itself a cover-up.

"I think it's indicative of the mentality," he said.

Archbishop Hart said covering up the abuse was a "serious wrong".

"I certainly have been absolutely horrified by the predatory actions, the depravity and the power play by these pedophile priests over people who should have expected just the opposite: care and love and support.

"Instead they have been totally betrayed."

Fasciale was allowed to resign on health grounds, after admitting the abuse to Monsignor Cudmore in December 1993, before his priestly faculties were withdrawn in February 1994.

Archbishop Hart agreed allowing a priest to resign on health grounds after an abuse complaint left parishioners with a false and misleading view that he'd left in good standing.