Controversial medevac laws will be debated in the Senate, as the government negotiates with Jacqui Lambie after the humiliating loss on its union-busting bill. 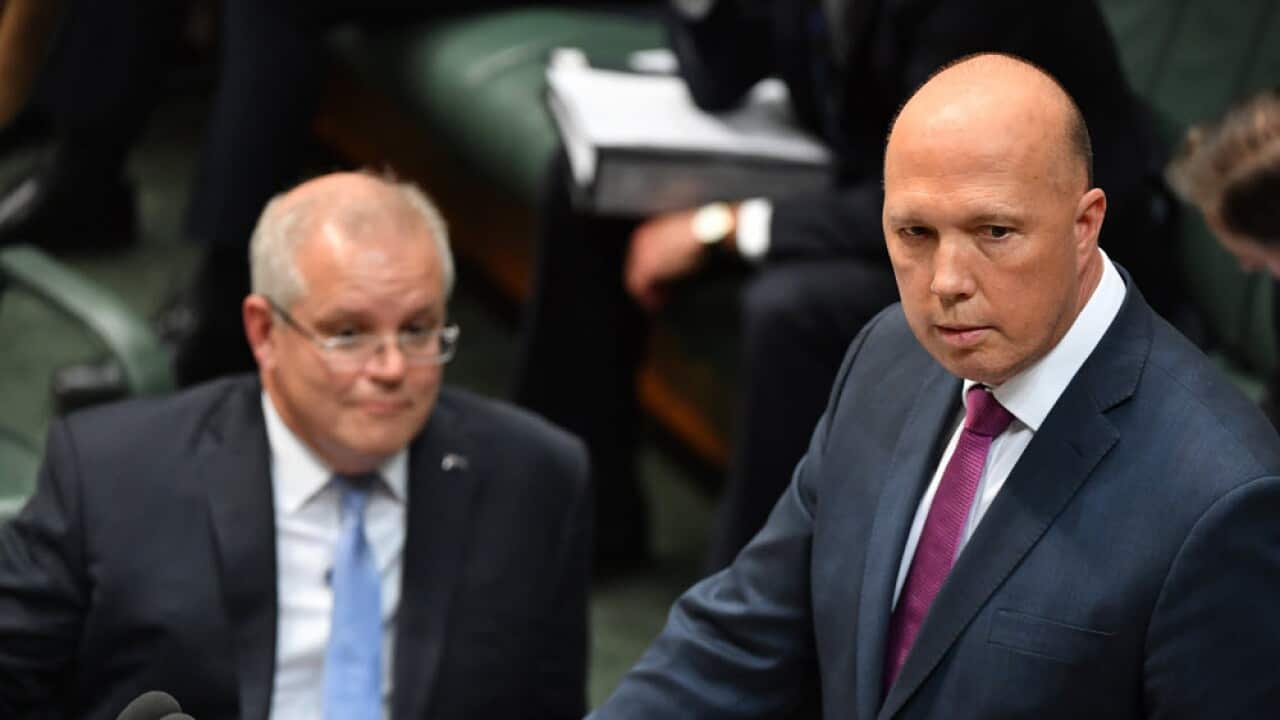 Independent Senator Jacqui Lambie continues to remain tight-lipped on her demands of the Morrison government over her crucial vote on supporting the repeal of medevac laws.

The Senator is expected to hold talks with Mr Morrison on Monday over the medevac regime but has cited national security grounds for not revealing her demands.

This week marks the last chance for the Senate to debate repealing the controversial legislation before the end of the year.

Advertisement
Senator Lambie has told the Morrison government her support is dependent on one secret condition.

“I look very forward to really getting our teeth into it and see if we can get it settled once and for all this week,” Senator Lambie said on Sunday.

“It's got to be dealt with very very delicately and that's why I'm being very very careful - I don't want those negotiations shut down.”

Jacqui Lambie will reportedly back the medevac bill repeal in exchange for sending refugees to NZ. Source: AAP

The medevac laws give doctors a greater say in transferring refugees from offshore detention to Australia for medical treatment.

She has faced intense lobbying over the repeal push, with 13 medical colleges and more than 5,000 doctors warning against any attempt to wind back the legislation.

“You have to be really really careful when it comes to national security and what’s going on and sometimes that can be very very difficult and there is a lot of sleepless nights, she said.

“Like I said If we can get this job done it would be a win-win for everybody."

They argue existing medical transfer provisions before the laws were put in place were adequate to dealing with refugees in offshore detention requiring treatment.

Since the medevac laws were passed against the Government's wishes in February, more than 179 people have been transferred to Australia from Nauru and Papua New Guinea.

“We never ever discuss the details of ongoing negotiations with the crossbench,” she said on Sunday.

“But Senator Lambie is dealing in good faith – she’s been very measured and of course we will continue to discuss [this] very constructively.”

READ MORE
As the medevac vote looms, this asylum seeker in PNG has made a late plea to Jacqui Lambie

“Stop playing politics with this the fact is they said that this would be an end to border security, that the world would end if this legislation was passed,” he said.

"You can't have people in indefinite detention forever and not acknowledge that that will be having an impact on their health."

Both Coalition and Labor governments have refused, saying it would lead to more asylum-seeker boats arriving.

There are just over 200 refugees and asylum-seekers left on PNG and more than 250 remaining on Nauru.

Meanwhile, a total of 654 have been resettled in the US.

The expected debate on medevac laws comes as the government licks its wounds over its failed union-busting bill.

Last week, the Government’s push to implement the legislation aimed at cracking down on union corruption was voted down at the last minute by One Nation and Independent Jacqui Lambie.

“I don’t intend to tell them how I’m going to vote on anything in the future because they can’t be trusted,” Senator Hanson said.

But she has ensured the Coalition they can rely on her support over repealing the medevac laws.

“I spoke to Peter Dutton yesterday, I have given him my guarantee I will back it – he knows my word is my bond.”