Canadians pride themselves on living with cold weather - but sub-zero temperatures proved too much even for them, with concerts cancelled and ski hills closed for safety reasons during an extreme year-end cold snap. 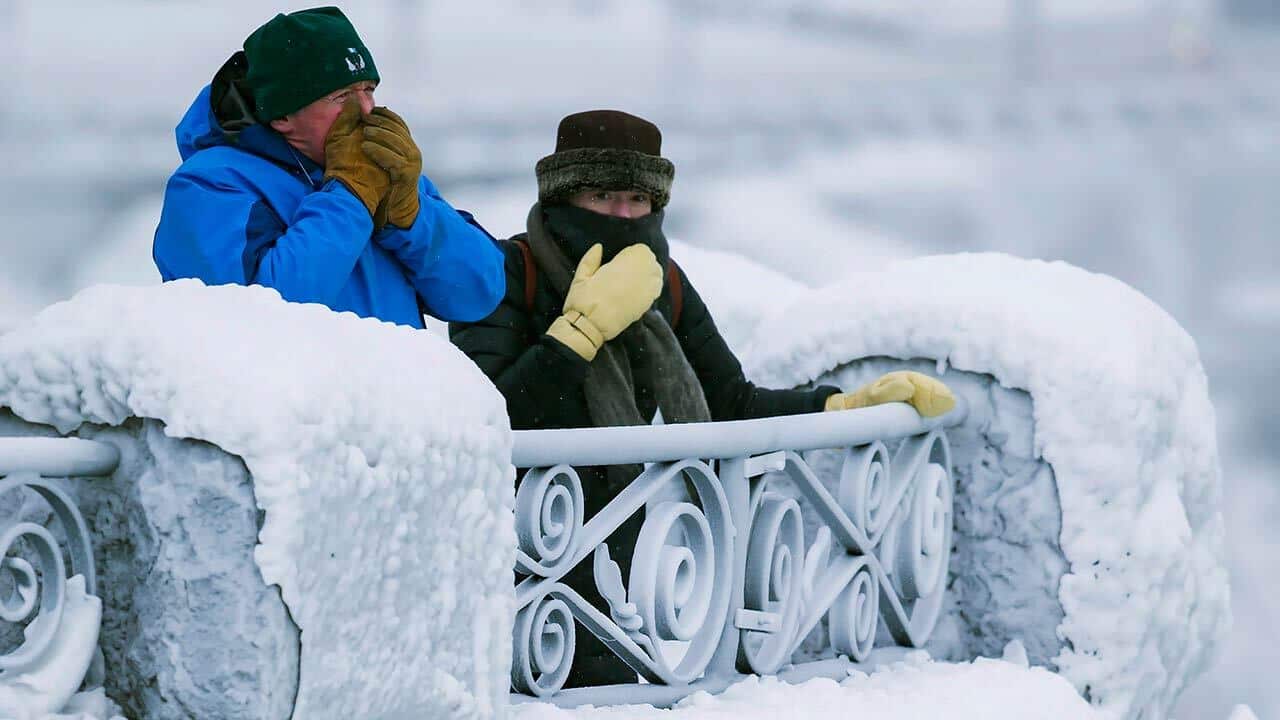 Visitors try to keep warm at the brink of the Horseshoe Falls in Niagara Falls as cities across Canada cancel events due to the deep freeze. Source: AAP

In the capital Ottawa, meanwhile, authorities announced the cancellation of some shows marking the end of Canada's 150th anniversary celebrations held this year.

The events scheduled for Saturday and New Year's Eve on Sunday have been modified due to the Environment Canada weather service's "extreme cold warning and due to public health and safety concerns," the Ministry of Culture said in a statement.

Appearances by DJs Carl and Evana Muren, DJ Shub, and hip-hop artist Kardinal Offishall have been cancelled for New Year's Eve but a fireworks display will go ahead.

The "Canada 150" ice hockey tournament has been moved indoors from an outdoor rink in front of Parliament.

Environment Canada on Friday maintained its extreme cold warning for six of the country's 10 provinces, including British Columbia in the far west, Alberta, Saskatchewan, Manitoba, Ontario and Quebec, as well as the Yukon territory in the northwest.

The Greater Toronto Area was covered in 15-20 centimetres of snow during a snowstorm. Source: Getty

"We invite all Canadians and visitors to consider the extreme weather conditions and to dress warmly and prepare accordingly to prevent frostbite and other injuries," the ministry said.

Quebec's Bromont ski resort said it was closing at 3:30 pm on Friday afternoon "due to the latest weather forecast, safety matters, and at the request of Hydro-Quebec to reduce the power demand during the peak period."

The mountain would reopen on Saturday but with only a few slopes operating.

Mont Orford, a ski resort east of Montreal, has also reduced its hours.