Comment: Arguments against gay marriage will get more nuts before it's over

Opponents of same sex marriage are losing the debate, and they know it. Expect their arguments to get even more crazy before the end, writes Robert Burton-Bradley 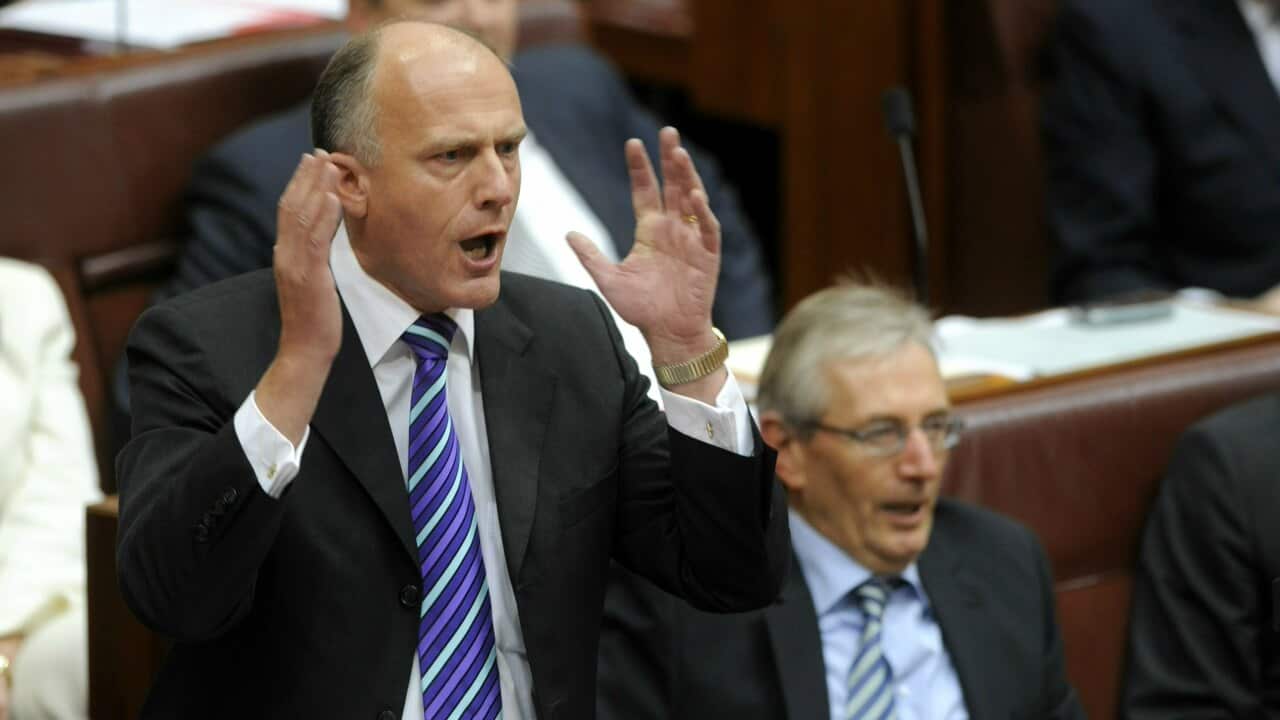 You know the tide on a debate has well and truly turned when that bastion of all things conservative and right wing, The Australian newspaper,
comes out in support for same-sex marriage
.

That’s why we are seeing an increasingly desperate and irrational approach to the rebuttal from politicians like Eric Abetz and company.

Advertisement
The bizarre revelation that Abetz had
penned a missive to a local council
about the issue is reflective of the minority of right wing Christians and conservatives who are obsessed with same-sex marriage and what it will do to their marriages - which is actually nothing.

I imagine Abetz at home poring over local newspapers by the light of a low burning oil lamp, feverishly seeking news of local councils who have had the temerity to make a symbolic gesture of support for same sex marriage. I then see him calling out for a chamber maid to bring him quill and parchment so he can dash off another admonishment post-haste.

This is a senior member of our Government - a Minister no less - who apparently has nothing better to do then write petulant letters to local government demanding they support his personal viewpoint.

Abetz seems to have emerged as the poster boy for those inside the Government still bitterly opposed to allowing a free vote for Liberal MPs and senators, presumably because they now fear that would lead to a win for the yes vote.

It was in this role that
Abetz hit the airwaves on Thursday
to claim that the media was ignoring those opposed to same sex marriage, in an interview which was picked up by most media outlets, and then ludicrously claiming the rights of those opposed to reforms were being ignored.

You have to wonder if Abetz and those opposed to same-sex marriage see the irony of lecturing members of the LGBTI community that they are treading on people’s rights. They wouldn’t know anything about being an oppressed minority, now would they?

There was also the bizarre argument from Abetz and Agriculture Minister Barnaby Joyce that our relationship with Asia was in peril because Asian countries had not legalised same-sex marriage. Last time I checked there had been no collapse in trade and diplomatic ties between countries that had legislated for marriage equality such as New Zealand or the UK and Asian countries.

The more desperate and wild eyed these people become, the more petrol they throw on their own arguments.

Yes, that’s what this is all about – same-sex marriage is nothing more than Trojan horse so I can marry my cat and then possibly other cats in some kind of massive ongoing love-in.

And of course, there's the argument that children are better off with a mother and a father - something that numerous
credible studies
have found is simply not true.

Meanwhile, cheering Abetz on is the Australian Christian Lobby which has been
busy raising a war chest
of $250,000 to fight against same sex marriage reform, which it views as an existential threat.

This is the organisation that
last year was screeching about a Government funded program
to protect gay and transgendered school kids from bullying and demanding their followers stage a boycott. I think that tells you something about their priorities when it comes to children’s welfare, which they have consistently claimed is a key reason they oppose marriage equality.

Time and again the arguments against same-sex marriage have been exposed as nothing more than a fear of homosexuality and stopping something that has nothing to do with opponents and will have zero impact on their lives.

They can't readily admit they dislike gay people as society has moved too far down the road of equality, so we get this bizarre cluster bomb of unrelated and illogical arguments.  While I find the obsession people like Abetz and Bernardi have with the private lives of gay people flattering - in the end it’s irrelevant because it has nothing to do with them.

It's like watching a magician whose audience is losing interest fumble desperately through a bag of bizarre magic tricks. In the end when the pixie dust has settled, the audience realises there was never anything there and drifts away.