Comment: Has the Pope missed the point on contraception?

Telling people ‘not to breed’ is not good enough. 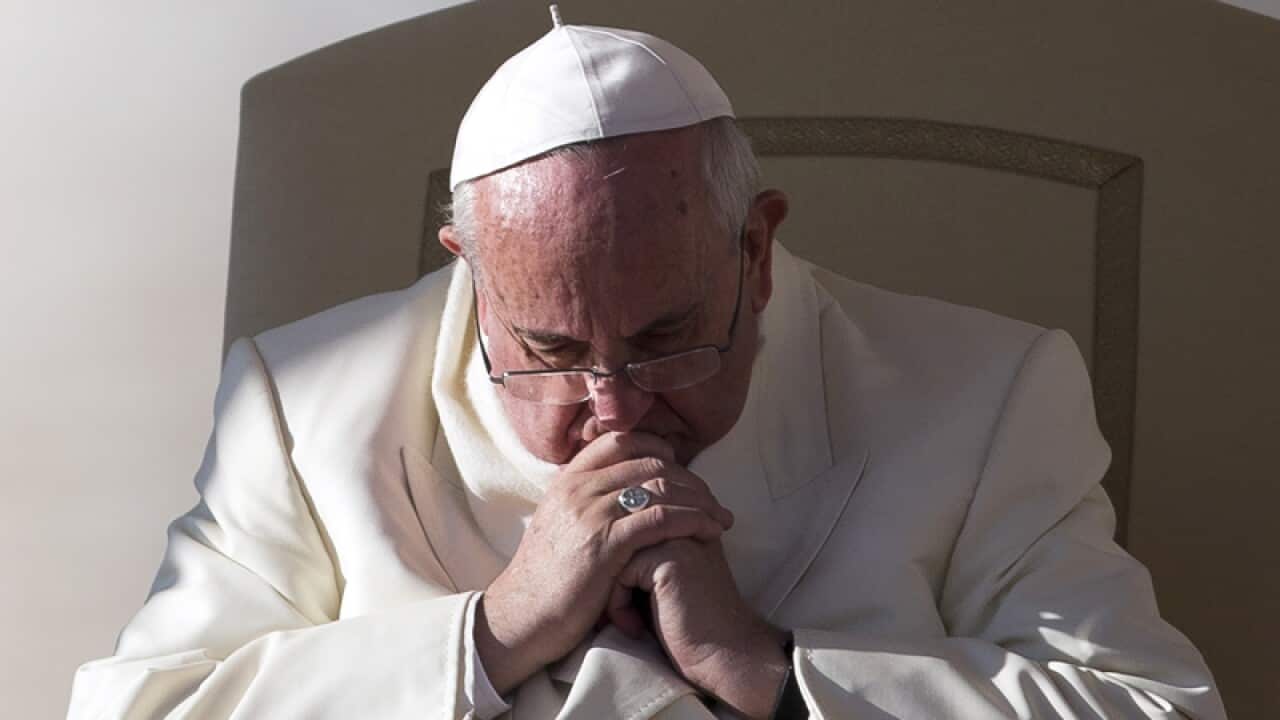 Pope Francis is at it again. The often straightforward
Pope this week took aim at family planning practices within the church, stating:

"Some think, excuse me if I use the word, that in order to be good Catholics, we have to breed like rabbits - but no.”

With the imagery of the Monty Python song “Every Sperm is Sacred”, intervention on family planning issues is certainly welcome. Pope Francis has explicitly given Catholics license to be more proactive around the issue, challenging many conservative ideals of the need for a large family.

Advertisement
Look a little closer, however, and it is all smoke and mirrors. While the Pope is talking strong on family planning, the practices and policies of the church are still not changing at all.

To get an understanding of this, it’s best to look at the reason for the Pope’s comments. Francis made his remarks after a visit to the Philippines,
where the Catholic Church has been fighting Government legislation
that provides easy access to birth control methods. The bill mandates Government health centres to distribute free condoms and contraceptive pills, and was challenged in a Supreme Court Battle at the start of last year. On his visit, Pope Francis backed the local Church in their fight.

The Pope has therefore continued to oppose some of the most effective methods available for proper family planning. The Church
still argues the best form of family planning is ‘natural contraception’
— or in other words abstinence. People should just stop having sex, in particular during a woman’s ovulation period.

It would be funny if it weren't so dangerous.

The use of contraception has been well noted as an effective form of family planning. While not a sole solution, contraceptions can play a role in providing women in particular agency over their sexual choices.

Worse however, lack of access to contraception has strong connections to the spread of HIV/AIDs.
Research out of South Africa
, for example, has shown that increasing use of condoms has been the major cause in the drop in HIV infections. Research from 2012 showed the level of new HIV infections had dropped in the country by half since 1999. The research directly connected the drop with increasing condom usage.

Interestingly the research also said that many of the reasons for the lack of condom use in the country was cultural. Black South Africans in particular, who represented the largest percentage of infections in the country,
had strong cultural disconnections with condom use
. As that culture changed, so HIV infection rates went down.

This is where the Catholic Church comes into play. Through much of Africa and Asia the Catholic Church has played a major role in challenging contraception use. The Philippines for example
has seen a strong culture of opposition to the use of condoms and other contraceptives
, which many have warned could result in the spread of HIV/AIDS.
The country is now 8th in the world for infections with the illness.

This is the unfortunate reality for the Pope. Since his appoint Francis has done all he can to position himself as the Pope for the poor. He has taken on massive issues such as economic inequality, climate change and even relations between The United States and Cuba. But in the here and now, no issue is bigger for many poorer countries, particularly in Africa and Asia, than the HIV/AIDS epidemic. The disease continues to rip the heart out of places, decimating an entire generation and leaving those behind far worse off.

In his comments the Pope raised concern the beliefs within the Church around family planning
are hurting people’s health, and in turn the broader community
. In doing so he showed a willingness to challenge the Church’s practices in order to look after its parishioners. I wonder why this doesn’t extend to people with HIV/AIDS? Telling people ‘not to breed’ is not good enough. If the Pope wants to be serious about family planning, and the health of his parishioners, he will look at challenging the Church’s position on contraception. Until that happens, his rhetoric is just empty words.

Simon Copland
is a freelance writer and climate campaigner. He is a regular columnist for the Sydney Star Observer and blogs at The Moonbat.