There is a fundamental disconnect between how many Australians perceive our country on the world stage, and the reality of our regional relations, writes Alison Martin. 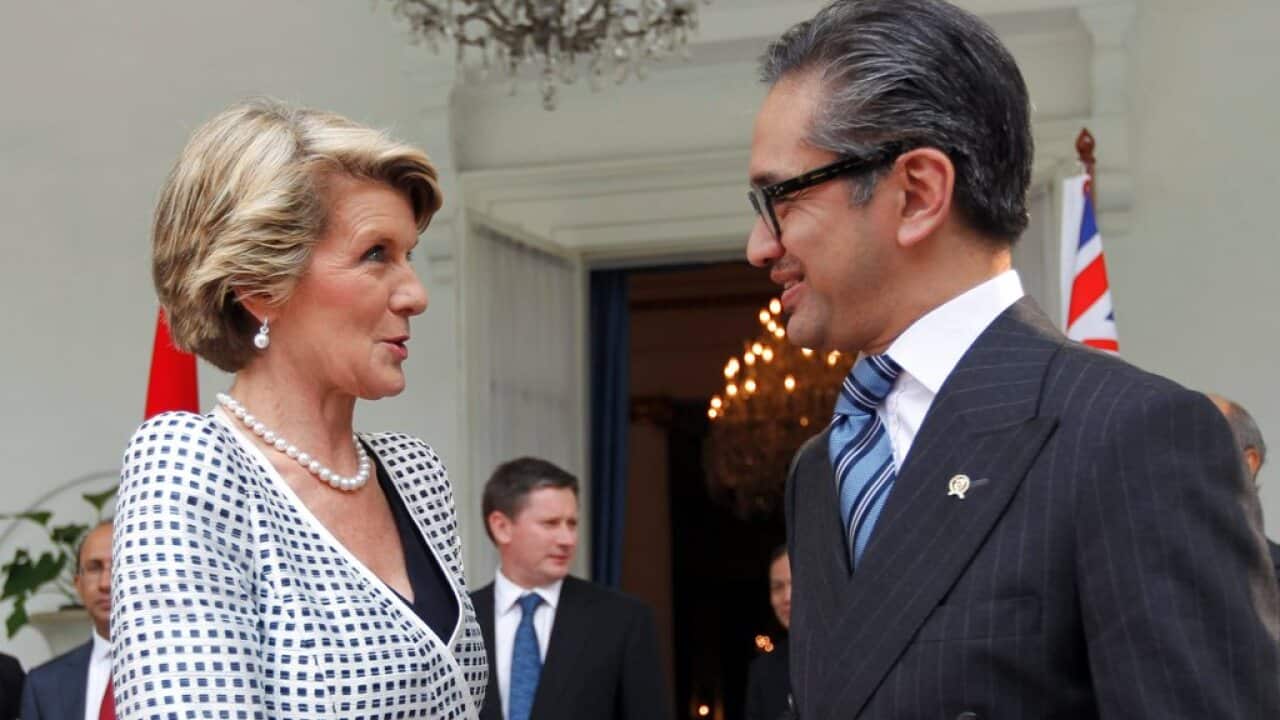 Less than three months into the top job, Prime Minister Tony Abbott has taken his first bumbling steps into international diplomacy and, through a mixture of inexperience and arrogance, has inadvertently shone a light on an awkward truth we need to face: Australia isn’t as important as we think it is. There is a fundamental disconnect between the way many Australians - including our leaders - perceive Australia and its international relationships, and the reality of our status in the region and more broadly.

Abbott’s inability to proffer the apologies recently demanded by both Indonesia and China is borne of the same misplaced ego as that of the school bully. Similarly, it reveals the stark reality of Australia’s insecurity about its place in the region and the world. Abbott’s new, unpractised government has unwittingly steered Australia into the identity crisis we had to have.

With its preoccupation with boats and a tendency to frame foreign policy for the approval of a domestic audience, Abbott’s new government has clearly failed to come to grips with Australia’s diminished importance in relation to Indonesia, or for that matter, China. For a country that has been spying on its neighbours for years, Australia hasn’t done a great job of understanding the changing power dynamics in the region.

Advertisement
Indonesian President Yudhoyono and Foreign Minister Marty Natelagawa have now sent the message loud and clear - no phone tapping required this time - that Indonesia will not be bullied by Australia any longer. The swift escalation of the phone tapping crisis was due in part to Abbott’s inability to appropriately respond to this clear message, as a result of his utter miscalculation of Australia’s power and influence in the region and the world.

Australia would do well to learn some hard lessons if it is to prevent further
long term damage to the relationship.

“They’ve run headlong into the brutal reality that the distribution of power in Asia has shifted,” ANU Professor
Hugh White said
of the deterioration of relations between Australia and key regional powers. “They are dealing with both an Indonesia and a China that are stronger than they understood.”

It has been almost 20 years
since Keating declared:
“No country is more important to Australia than Indonesia.” In the intervening years Indonesia has undergone a dramatic transformation in economic prosperity and democratic stabilisation, with Australia acknowledging its progress both officially and rhetorically.

Yet Australia’s dealings with Indonesia maintain an undercurrent of colonialism - witness for example the expectations around cooperation on people smuggling, or the fact that Australia felt justified in spying on the Indonesian President and his inner circle despite having signed the
Lombok Treaty of 2006
, which was supposed to ensure a framework for security cooperation between the two countries.

The Prime Minister’s unapologetic response and suggestions by some commentators that we should be
neither surprised nor outraged
reveal more of the colonialist gaze with which Australia views its neighbours.

It is incorrect to characterise the hacking of the personal phones of the President, his wife and inner circle as appropriate intelligence gathering, as Abbott’s statement to Parliament
attempted to do
.

The personal nature of the spying revelations exposed the underlying problem at the core of Australia’s relationship with Indonesia: that in spite of years of diplomacy and goodwill building, there remains a sense of mistrust and suspicion (undoubtedly exacerbated by these latest revelations). Such encroachment on the privacy of individuals under no stated suspicion in a friendly country clearly oversteps the boundaries of acceptable neighbourly behaviour. The failure to apologise lays bare the bully persona Australia has assumed in the region.

Attempts to obfuscate the issue by limply suggesting
possible links to terrorism
are reckless and damaging, leveraging the speculative suspicion and unease that is so often used to justify surveillance overreach. The phone tapping also disregards Australia’s official acknowledgment of Indonesia’s sovereignty, both through the Lombok Treaty with Indonesia and the Amity and Cooperation Treaty with ASEAN countries.

Most of all, the latest incident betrays a fundamental misunderstanding of the shifted power dynamics between Australia and Indonesia, and indeed Australia’s diminishing significance in the region. Indonesia’s prompt, assertive response is revealing: clearly it is aware of its own expanding importance and influence, and is willing to exert them when necessary. Indonesia is now also aware that in matters of spying,
as one of the “five eyes,”
Australia is the running dog of the US - so anything Canberra learns, Washington will soon know too.

Similarly, the
swift response by China
to Foreign Minister
Julie Bishop’s recent criticism
exemplified the difficulty of Australia’s position in the region: we cannot be the US government's
Deputy
Sheriff
in the region whilst also expecting relationships with our nearer neighbours to flourish. By weighing in on the matter of Beijing’s imposition of an
air-defence zone
over the East China Sea, Bishop tacitly fell into line behind Washington, which has publicly stated it would
militarily support Japan in a territorial dispute
.

The latest diplomatic crisis
seems to have quietened
but what it has revealed about Australia’s misplaced sense of importance in the region is an important lesson for Australia’s new government. And if we are to be Washington’s eyes and ears in the region, then we cannot also be Indonesia’s trusted ally, or for that matter
Japan’s best friend
.