Coronavirus-related fatalities have exceeded 200,000 in the US. 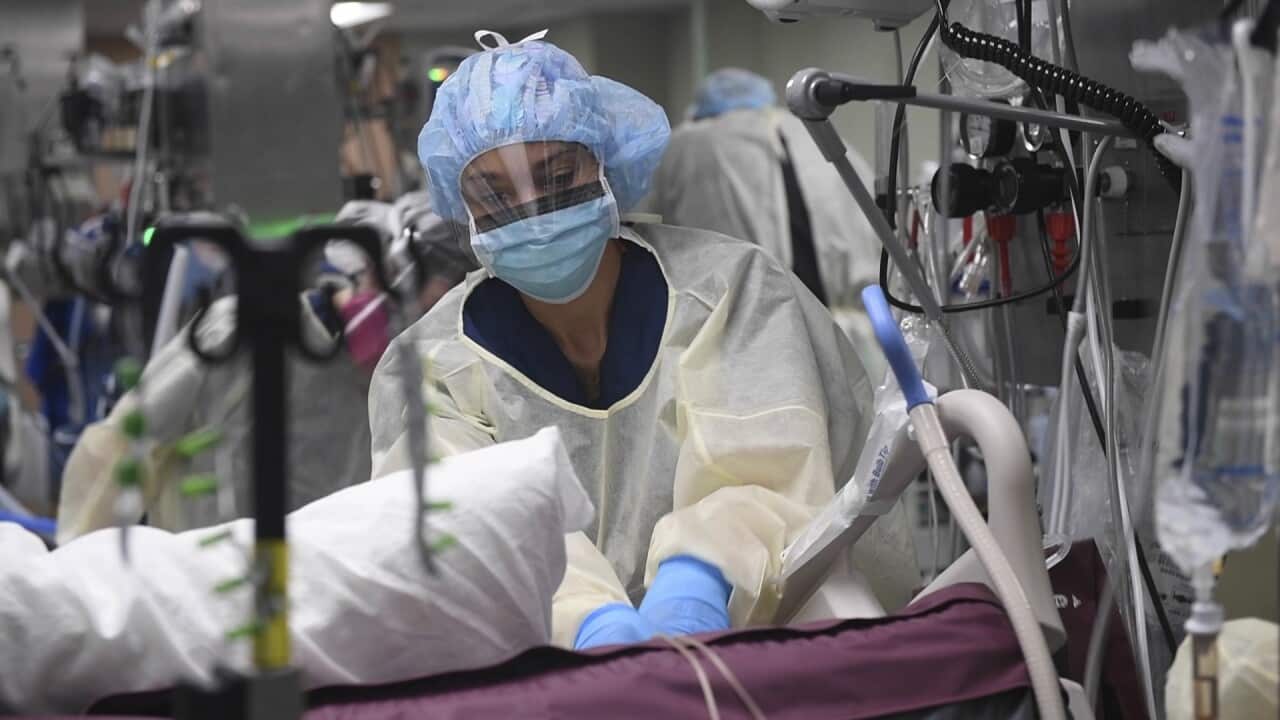 The United States registered its 200,000th death from the COVID-19 pandemic on Tuesday, the latest grim milestone for the country just weeks before voters decide if President Donald Trump will stay in office.

According to a rolling tally by Johns Hopkins University, 200,182 Americans have died and 6.86 million have been confirmed infected by the novel coronavirus.

"It is completely unfathomable that we've reached this point," said Jennifer Nuzzo, a public health researcher at Johns Hopkins University.

The US has had the world's highest official death toll for months, ahead of Brazil and India, with 137,272 and 88,935 deaths respectively.

Overall, the US accounts for four per cent of the world's population and 20 per cent of its recorded coronavirus deaths.

Critics say the statistics expose the Trump administration's failure to meet its sternest test ahead of the 3 November election.

"Due to Donald Trump's lies and incompetence in the past six months, (we) have seen one of the gravest losses of American life in history," his Democratic rival Joe Biden charged Monday.

Reacting to the bleak new milestone, the top Democrat in Congress, Speaker Nancy Pelosi, blamed the soaring toll squarely on "Trump's deadly disinformation and negligence - including his cover-up of the catastrophic nature of the virus."

Mr Trump, for his part, insists that the United States is already "rounding the corner" - while betting on the swift approval of a COVID-19 vaccine to boost his reelection chances.

"We will distribute a vaccine, we will defeat the virus, we will end the pandemic, and we will enter a new era of unprecedented prosperity, cooperation and peace," Mr Trump said in a recorded message to the UN General Assembly on Tuesday.

Mr Trump has previously stated that by April of next year, most Americans who want to be immunised will have a vaccine.

But most experts argue that betting on vaccines is not a viable strategy.

Without adhering to masks, distancing and contact-tracing, and without ramping up testing, tens of thousands more could still die before life returns to normal in the US.

"Covid will be the third leading cause of death this year in the US," tweeted Tom Frieden, the director of the Centers for Disease Control and Prevention (CDC) under former president Barack Obama.

Only the number of people who died from heart disease and cancer will be higher.

"The staggering death toll from the virus is a reflection of a failed national response, but it's not too late to turn it around," said Dr Frieden.

It's likely that the US actually crossed 200,000 deaths in July, said Eric Topol, director of the Scripps Research Institute, citing the excess overall mortality rate.

The initial lack of tests led to an undercount of the virus' toll.

"We are the outlier to have been caught totally flat-footed with no testing, and just not learning from mistakes," Mr Topol said.

"We never got adequate suppression, and yet we're opening everything and trying to make believe that everything is just great."

Adoption of public health measures remains mixed across the US.

In many cities, students have gone back to school virtually, the indoor areas of bars and restaurants remain closed, and mask use is up.

But hotspots are still flaring up, currently in the Midwest and on college campuses that returned to in-person learning.

Critics say Mr Trump abdicated responsibility and left it to the state governors to deal with the crisis and decide on lockdowns.

"We had a crazy quilt of responses across the country that totally confused the average person," William Schaffner, a health policy professor at Vanderbilt University, told AFP.

The CDC, the nation's leading health agency, this week reversed its latest guidance, days after saying that the virus can commonly spread through "droplets or small particles, such as those in aerosols" produced when a person breathes.

The belief that the virus can be transmitted by particles that linger in the air long after being exhaled has gained support among scientists.

But CDC on Monday removed the wording, saying it was a draft posted in error.