Environment groups and traditional owners are concerned about the impact of a burst tank at a uranium mine in Kakadu National Park. 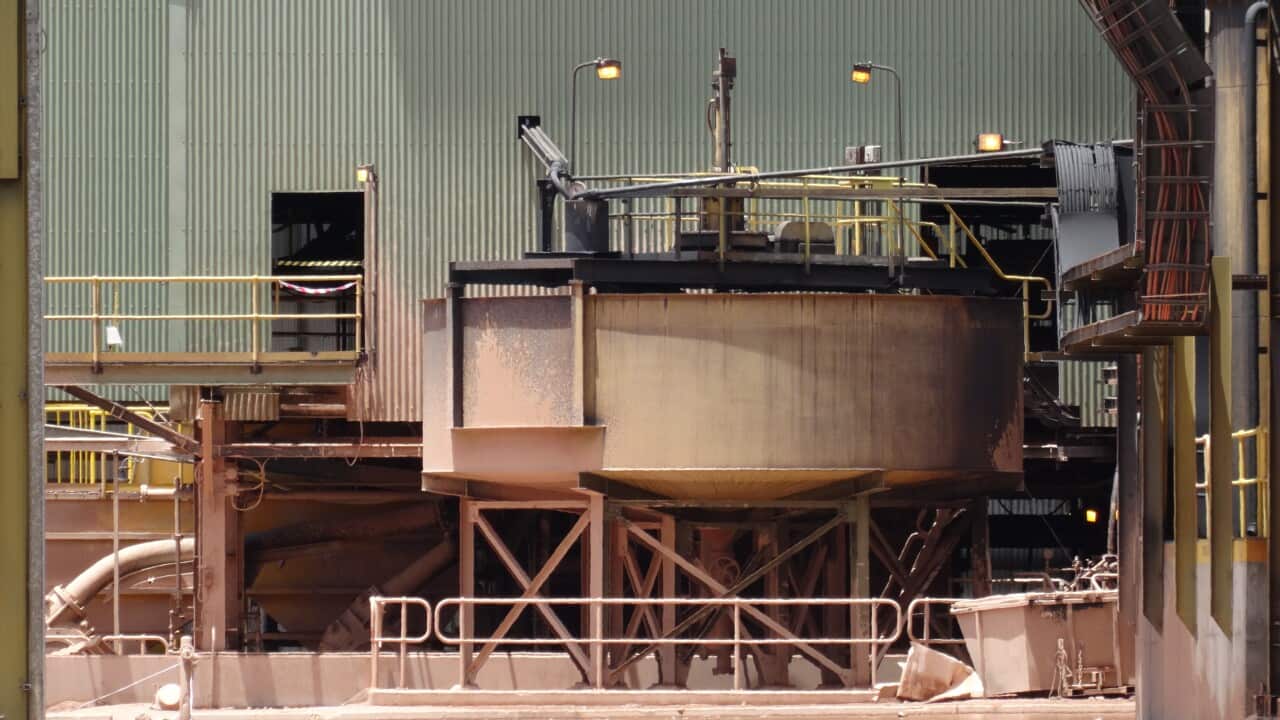 The incident has caused over a million litres of acidic radioactive slurry to leak into the local environment.

The company which owns the site at the Ranger uranium mine in Kakadu National Park says the spill has been contained.

Advertisement
They also say it doesn't pose any danger.

(Click on audio tab above to hear full item)

Early on Saturday morning a hole was discovered in the side of what's called a leach tank at the Ranger uranium mine in Kakadu National Park.

The company which owns the mine, Energy Resources of Australia, has released a statement saying its containment management systems have prevented any impact on the Kakadu National Park.

But the Australian Conservation Foundation's Dave Sweeney says the incident is just one of many highlighting safety concerns at the mine.

"The operators of the mine, Energy Resources of Australia, have a history of over 200 publicly documented leaks, spills, breaches and accidents. They have a track record that does not inspire confidence. The uranium industry has been heavily hit by a major fall in uranium prices since Fukushima and the companies involved in this trade have been actively and aggressively trying to cut costs. We're concerned that they're doing that by cutting corners, and that operations are becoming riskier and more marginal and posing more of a threat to workers, communities and the environment."

Stephen Lincoln is Professor of Chemistry at the University of Adelaide.

He says safety standards in the uranium industry are very closely monitored in Australia.

"They claim that it's been contained within the site, so under those circumstance, it shouldn't have much environmental impact at all. If it had spilt over into the wetlands, that would be something entirely different. All of the uranium mines - well I say all them, there are only four actually operating after one of them just closed - but putting that to one side, they're all subject to environment protection regulation which is fairly regularly monitored by the governments concerned. That may be a state government, but there is for the uranium industry an overarching watch as well. You may have noticed that the federal minister has sent his own people to enquire about what's happening at Ranger."

The Gundjeihmi Aboriginal Corporation, which represents the Traditional Owners, is concerned about the latest incident.

The Corporation's Chief Executive Officer Justin O'Brien has released a statement saying people living within a few kilometres downstream from the mine don't feel safe, after hearing reports that radioactive slurry poured into stormwater drains.

Anti-nuclear campaigner Dave Sweeney says it's a difficult task making sure that spills of this kind can be properly contained.

"It's basically a case of trying to track where it goes, hope that it gets caught in other stormwater and drainage systems and then trying to scrape as much as you can back up. This is material that is designated toxic industrial material and it should be kept in the industrial process circuit. This material should not be out in the environment and it is out in the environment. So you've got to try and isolate it now and capture it as best you can. It's going to be a complicated and difficult task. It will be a task that will be hard to capture everything back. What we need to do is ensure that ERA, the mining company, puts the best, resources and the best efforts into cleaning up the mess that they've made and then we need to have a serious look at the operations of this mine."

Energy Resources of Australia says it's confident the Kakadu National Park will not be affected by the incident, adding that the mine has multiple levels of protection in place to contain and manage spills.

The company says all water monitoring points have so far reported normal readings.

It says it will commission a full investigation into the incident and it is cooperating with Commonwealth and Territory regulators.