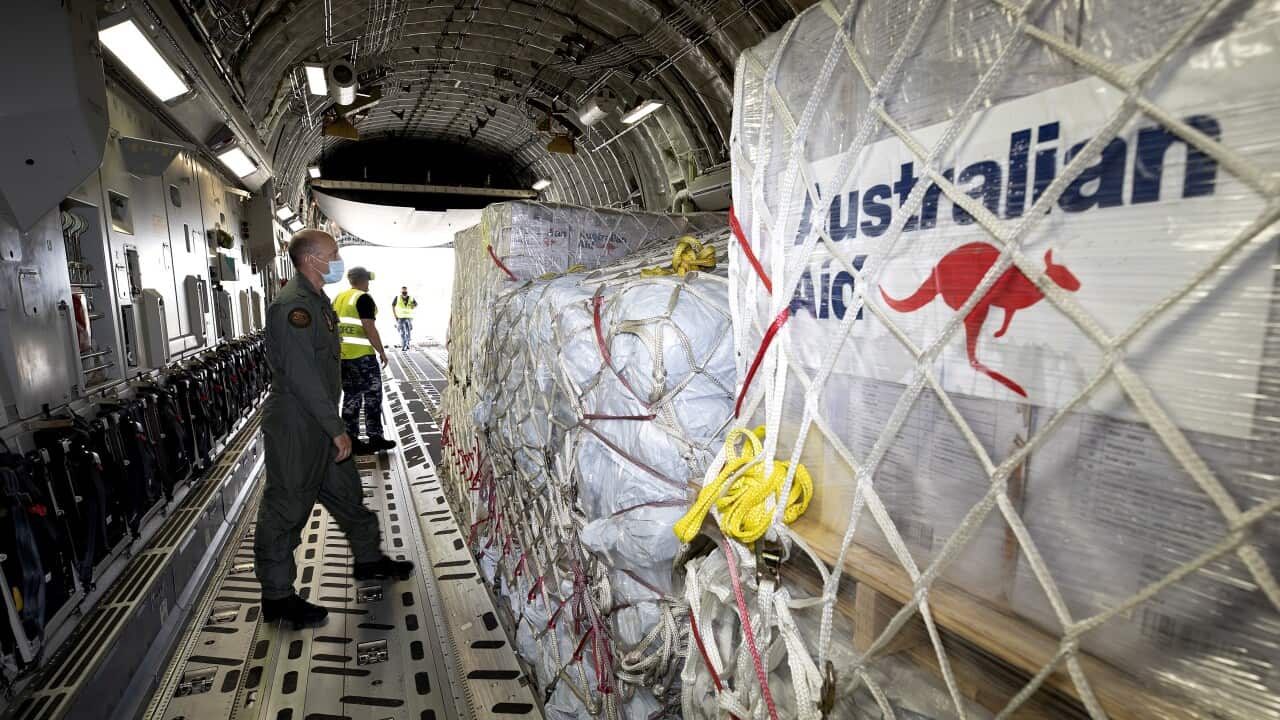 The first aid flights reached Tonga on Thursday with more en route, five days after a devastating volcanic eruption and tsunami, as communities awaited a ship with equipment to scale up supplies of much-needed drinking water.

Ash has blanketed the archipelago and spoiled much of its drinking water.

It erupted with a deafening explosion on Saturday, triggering tsunamis that destroyed villages, resorts and many buildings and knocked out communications for the nation of about 105,000 people.

Accounts of miraculous escapes also emerged, including that of a 57-year-old being hailed as a "real-life Aquaman" after recounting how he had to swim for about 27 hours after being swept away.

"I just floated, bashed around by the big waves that kept coming," Lisala Folau, who lived on the small, isolated island of Atata, told Tongan radio station Broadcom Broadcasting.

Rachael Moore, Australia's high commissioner to Tonga, said the loss of property had been "catastrophic", that parts of the shoreline resembled a "moonscape" and that drinking water was "an extremely high priority".

Speaking to Reuters from the capital Nuku'alofa, journalist Marian Kupu said Tongans were cleaning up all the dust from the volcanic eruption but feared they may run out of drinking water.

"Each home has their own tanks of water supply but most of them are filled with dust so it's not safe," Ms Kupu said.

Telephone links between Tonga and the outside world were reconnected late on Wednesday, though restoring full internet services is likely to take a month or more, according to the owner of the archipelago's sole sub-sea communications cable.

Tongans abroad were frantically calling families back home to ensure they were safe.

"It was very relieving to hear from them," said Fatafehi Fakafanua, the speaker of Tonga's legislative assembly, who was in New Zealand when the disaster struck, after making contact with his family.

The government had advised them to drink bottled water and wear masks outside because of the ash.

"There's a fine layer of, a blanket of ash, everywhere and I hear that the public are generally out on the streets trying to clean it up," Lord Fakafanua added. "So there's a real communal effort... it's going to be a long, long, long road to recovery."
People clear debris off the street in Nuku'alofa, Tonga, following the volcanic eruption near the Pacific archipelago. Source: Broadcom Broadcasting

The King also received a message of condolence on Thursday from a fellow monarch, Britain's Queen Elizabeth, who said she was "shocked and saddened" by the devastation.

"It must be incredibly difficult for those who are unable to contact friends and family while communications are disrupted, and I hope that they will soon be restored," the Queen said.

The United Nations said that about 84,000 people – more than 80 per cent of the population - has been badly affected by the disaster with safe water "the biggest life-saving issue".

The volcano erupted about 65 kilometres from the Tongan capital with a blast heard 2,300 kilometres away in New Zealand.

Waves reaching up to 15 metres hit the outer Ha'apai island group, destroying all houses on the island of Mango, as well as the west coast of Tonga's main island, Tongatapu, where 56 houses were destroyed or seriously damaged.