Coronavirus cases in Africa have surged past two million, and experts say there could be many more

Experts worry that many COVID-19 infections and deaths in Africa are being missed or unrecorded, as testing rates for the continent of 1.3 billion people are among the lowest in the world. 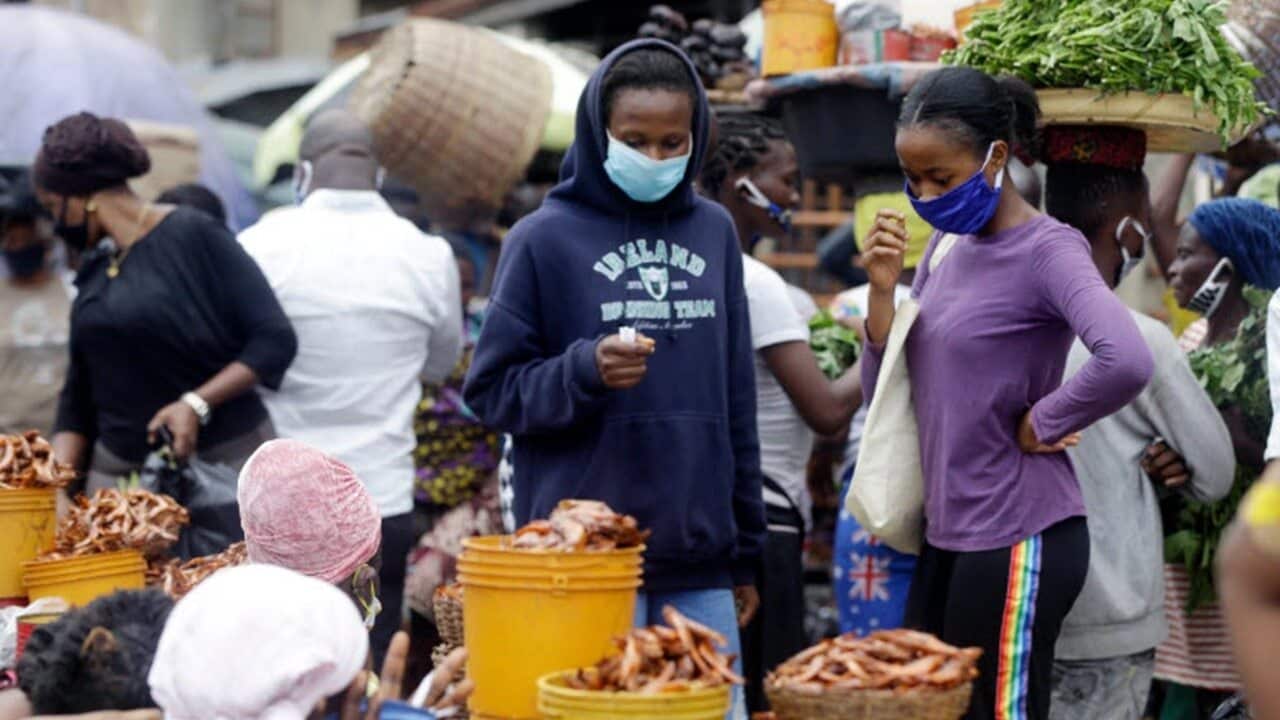 Coronavirus cases have surged past the two million mark in Africa, according to the African Centres for Disease Control and Prevention.

The African Union’s health body has reported 2,013,388 cases. In comparison to other regions around the world, Africa is tallying a slow rise in positive cases and only comprises about four per cent of the world's total infections. Less than 48,000 coronavirus deaths have been reported since the outbreak began.

There are approximately 1.3 billion people in Africa, but for a continent holding nearly 17 per cents of the world's population, the coronavirus rate is about 15 cases per every 10, 000 people.

Advertisement
The deadly Beta variant was first identified in South Africa, but health experts say there have been very very few cases of it in Australia. Source: EPA

This data has left many experts questioning whether the statistics are a true representation of the continent's case load. With one of the lowest testing rates in the world, experts believe many infections and deaths are likely being missed or unrecorded.

What could have contributed to Africa's low infection rate?

Experts say the relatively low infection rates across the continent could be the result of the pandemic hitting Africa later than the rest of the world.

A continent which already had stretched medical facilities, experts say this grace time possibly gave medical professionals a head start in sourcing treatment options such as oxygen and ventilators as well as set up field hospitals.

Experts also point to the continent's medical experience, having already battled infectious diseases such as Ebola.

Residents wait in line to receive the Ebola vaccine in the Democratic Republic of Congo. Ebola killed more than 11,000 people in West Africa from 2013 to 2016. Source: AP

Early lockdowns may have also contributed.

In March, South Africa had 400 cases and enforced one of the globe's toughest lockdowns.

Despite this, South Africa is now the continent's epicentre, reporting 750,000 coronavirus cases. According to a Reuters tally, the death rate there is 2.71 percent.

But experts say the relatively young demographic in Africa could also be a contributing factor to a low death rate, with coronavirus symptoms generally growing in severity with age.

Although officials say most African nations took swift measures early on in the pandemic, Africa's CDC Director John Nkengason warned in a press conference that “many countries are not enforcing public health measures, including masking, which is extremely important.”

"We cannot relent. If we relent, then all the sacrifices we put into efforts over the past 10 months will be wiped away,” he said.