Requests to review the 2021 Australia Day honour given to controversial tennis great Margaret Court have been referred to the Australia Day Council. 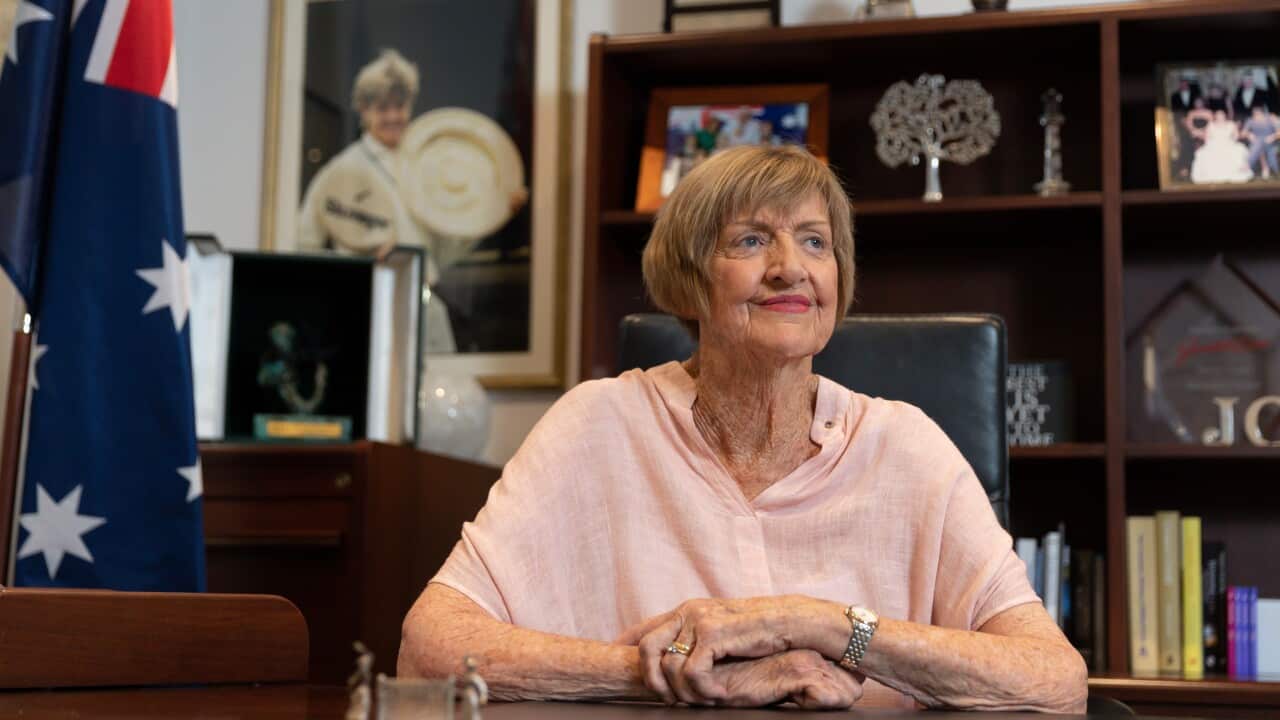 Controversial tennis champion Margaret Court is one of four appointments as Companion (AC) of the Order of Australia in this year's Australia Day Honours List. Source: AAP

The Governor-General’s office has received requests to review the controversial 2021 Australia Day honour bestowed on Margaret Court, as the list of Australians returning awards in protest grows.

The requests have now been referred to the Council for the Order of Australia.

“All correspondence requesting an appointment be terminated is referred to the Council for the Order of Australia,” a spokesman for the Governor-General’s office said in a statement to SBS News.

The honour is unlikely to be revoked.

Amid a similar controversy last year, the council said the threshold for stripping someone of their award was a court conviction or misleading material given during the nomination process.

There were vocal - but ultimately unsuccessful - calls last year to strip awards from both men's rights activist Bettina Arndt and journalist Mike Carlton.

“The council recognises that the law prescribes behaviours, and expressions, which are abhorrent to society and therefore uses law as the threshold for termination and cancellation,” council chair Shane Stone said.

Meanwhile, medical professor Caroline de Costa has become the latest to pledge to return her Australia Day honour in protest at the decision to award Ms Court.

Professor de Costa was given the Order of Australia in 2014 for her work in women's reproductive health.

Ms Court has been criticised for her comments regarding same-sex marriage and the LGBTQI community.

READ MORE
Who is Margaret Court, the controversial tennis great who is back in the spotlight?

Professor de Costa said the decision to honour Ms Court was "inappropriate" and "unacceptable", adding it diminished the honour of fellow recipients.

"I was disgusted, really, because it is an unnecessary act on the part of the people making the decision," she told SBS News.

"There is no doubt that she (Court) is perfectly content with what she has said. That is that is something I cannot be associated with."

Professor de Costa said that, as a medical practitioner, she was only too aware of how hurtful comments about sexuality and gender identity can be.

"It damages them, mentally, it can damage their physical health, it can lead to attempts at self harm, and even to suicide; we know that as medical practitioners.

"I am particularly aware of this, of this situation, because I have a gay son."

She plans to physically return the award in mid-February.

"At the earliest opportunity, I will return the award with regret... but it's also something I need to take a stand on."

Ms Court had already been recognised for her tennis achievements and charity work with an Order of Australia in 2007.