Federal Health Minister Greg Hunt said the ATAGI advice on the definition of "fully vaccinated" has been accepted and will be adopted. 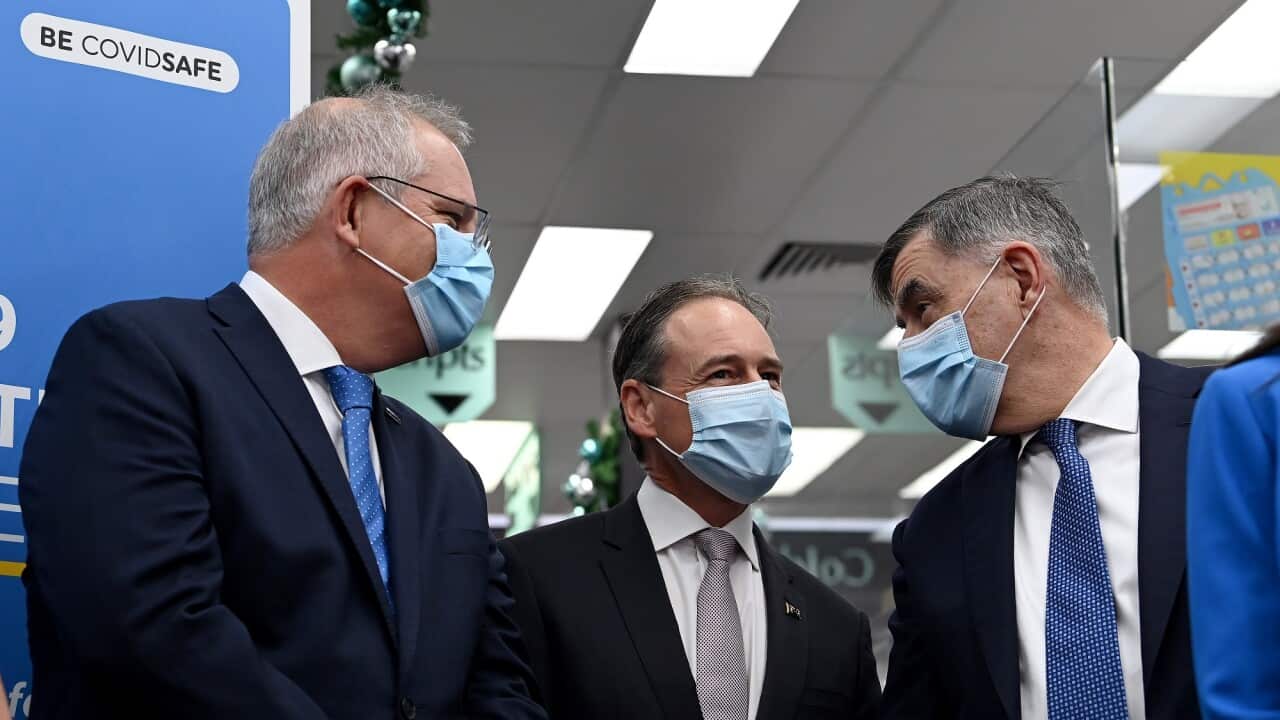 Booster COVID-19 doses will be mandatory for aged care workers across the country under new vaccine advice.

States and territories agreed during Thursday's national cabinet meeting it would be up to them whether to mandate boosters for other groups.

Under new advice from the Australian Technical Advisory Group on Immunisation (ATAGI), people aged 16 and older who have received a booster are considered "up to date" with their vaccines.

Advertisement
The updated definition of fully vaccinated to mean three jabs will only apply to the COVID domestic policy and not the international border reopening plan.

International tourists must have two doses when the border reopens later this month.

"The Government places safety above all else, as it has throughout the pandemic, and will continue to follow the medical advice in protecting Australians," federal health minister Greg Hunt said in a statement.

Those who got a second dose more than six months ago are "overdue". Boosters are recommended three months after a second vaccine.

Children under the age of 16 are still considered "up to date" following two vaccine doses.

However, children aged five and older with severely compromised immune systems
need a booster to remain "up to date".

States will decide if they want to enforce booster mandates for travellers, as has been flagged by Victoria.

Prime Minister Scott Morrison, premiers and chief ministers agreed a national mandate would only apply to aged care workers under intense pressure from the Omicron wave.

The sector has recorded more than 500 virus deaths so far this year.

The federal government has thrown a task force and booster payments at the problem as workers request a 25 per cent pay rise.

Mr Morrison requested a federal audit by the second week of March about how prepared the country was for anticipated winter waves of COVID-19 and the flu.

East coast states agreed to work on a plan to restart the cruise ship industry, while everyone agreed to adopt the Australian Health Protection Principal Committee's guidelines for aged care visitors.

The country recorded 58 virus deaths on Thursday, 24 of them in NSW which also notched up another 10,130 infections.

Victoria recorded 16 new deaths and 9391 cases. In Queensland, there were eight additional deaths and 5854 more infections.

Tasmania recorded 637 new cases and one more death, while two people died in the Northern Territory.

Western Australia reported a daily record of 139 infections as it investigates its first outbreak in aged care.

Overall, more than 9.5 million people aged 16-plus have received a booster while 94 per cent are double-dosed.