Cyber Security Minister Angus Taylor had little to say about the use of voter data mining by the South Australian Liberal Party. 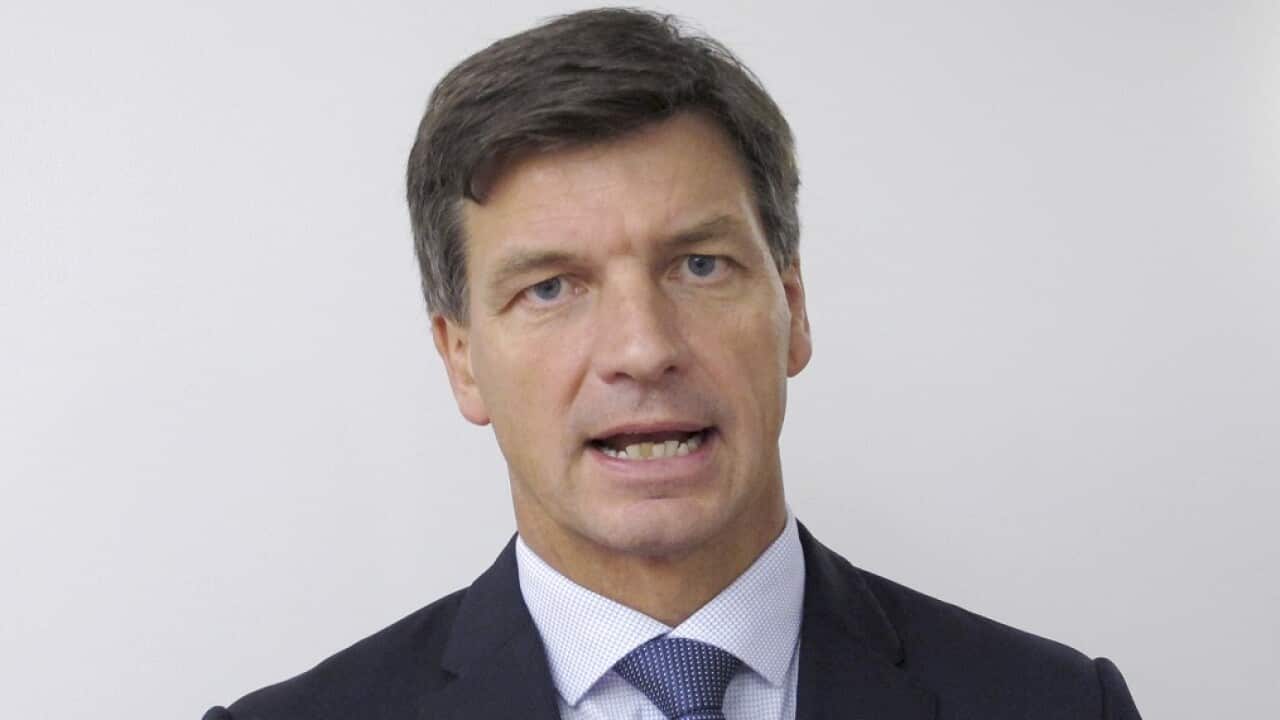 Federal Cyber Security minister Angus Taylor has refused to be drawn on recent reports of the South Australian Liberals' use of data mining software in the recent state election campaign.

"The federal Liberal Party must and does stay within the law, and we will always do that. It is crucial we do that if we're to retain the trust of the Australian people,” Mr Taylor told SBS News.

But he added he could only speak for the federal branch of the party.

Advertisement
“I can't speak for the South Australian Liberal Party," he said.

It's been reported the SA Liberals used a data mining program to intensify lobbying in marginal seats during the recent South Australian election, which it subsequently won.

According to Reuters, the party used the i360 app imported from the United States which "uses information gleaned from social media, polls and surveys to pinpoint vacillating voters' addresses and the issues they care about in key marginal seats so they can be targeted for lobbying".

The Sydney Morning Herald reported that "the tool is said to have been critical to their victory (and) the Victorian Liberals are also using the platform ahead of the state election later this year".

i360 is funded by the US billionaire brothers Charles and David Koch, who have played a crucial role in helping conservatives win countless American elections.

The Australian’s Chris Kenny said an unnamed SA Liberal frontbencher
showed him the i360 app on his phone
during the election campaign.

“In his quick demonstration, the MP called up a marginal seat, much like finding a suburb on Google Maps, then zoomed in to a street where pins identified addresses deemed to house swinging voters,” Mr Kenny wrote.

Data mining is playing a more significant role in campaigns across the political spectrum.

Both major parties also use the services of data analysis company NationBuilder, which offers voter profiling and targeted media campaigns.

The recent focus on political use of big data comes as the Cambridge Analytica scandal continues to grow.

Cambridge Analytica has been accused of obtaining the data of about 50 million Facebook users' profiles without their knowledge, to help it design software to predict and influence voters' choices at elections.

But unlike the Cambridge Analytica scandal, there's no suggestion the group contracted by the state Liberals, i360, did anything wrong.

Mr Taylor also warned any organisation which engages in data mining and micro-targeting in Australia to "stay within the law".

"That is absolutely crucial whether you're a political party or you're a commercial organisation," he said.

"I think it's crucial that any Australian's data is always protected by any company that uses that data."

"Any company that uses, misuses, or breaches our data laws must notify, not just the authorities, but the owner of the data immediately."

Separately, the Office of the Australian Information Commissioner has indicated that it was making inquiries with Facebook to ascertain whether any personal information of Australians was involved in the Cambridge Analytica scandal.