Victorian Premier Daniel Andrews has labelled the opposition's failed plot to oust him with a vote of no confidence as "cheap politics". 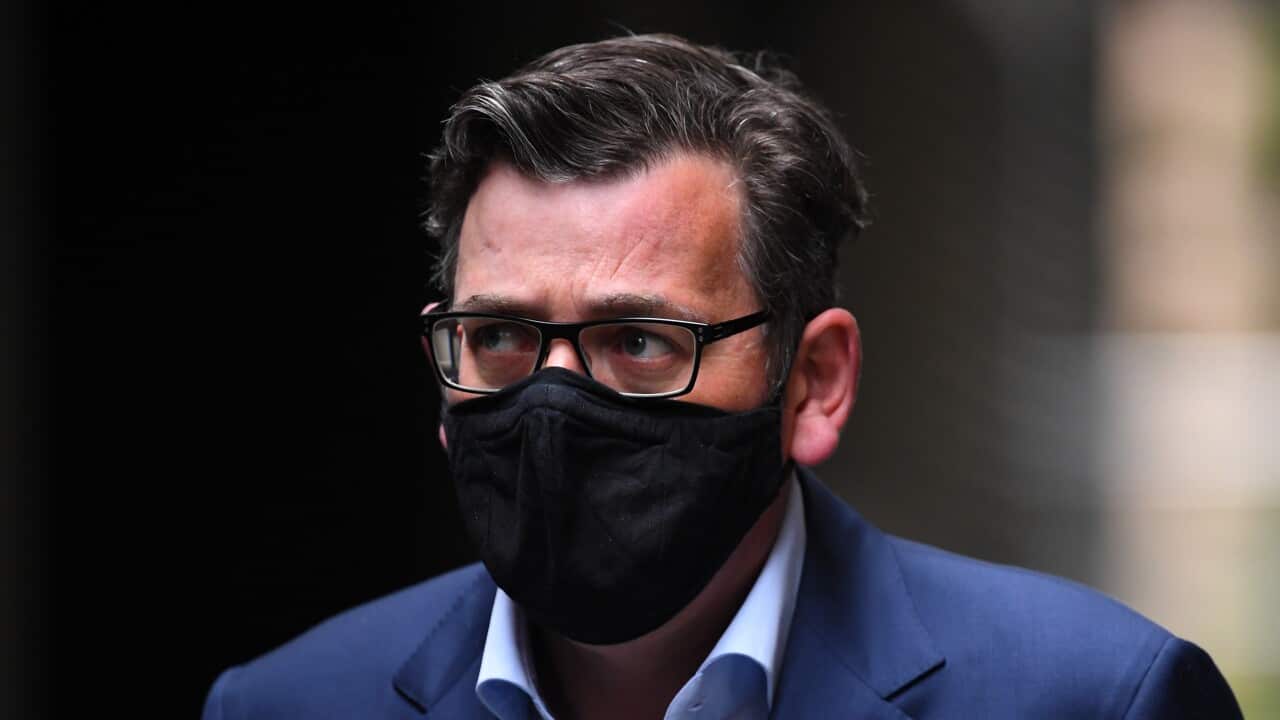 A no-confidence motion against Victorian Premier Daniel Andrews dismissed as "cheap politics" by the government has failed.

The Liberal-National coalition on Tuesday moved a no-confidence motion against Mr Andrews over his handling of the coronavirus pandemic.

It failed with 23 votes for to 44 votes against on Tuesday evening.

The premier was not present as Mr O'Brien spoke.

READ MORE
'I am sorry for what has occurred': Daniel Andrews apologises for Victoria's hotel quarantine bungle

Mr Andrews, who usually refrains from attacking the opposition and never refers to their leader by name, hit back at his daily press conference.

He also criticised Mr O'Brien for "playing politics out of tragedy" when he held a press conference on Monday surrounded by 791 Australian flags - representing the lives lost during Victoria's second wave.

Mr O'Brien insists a lot of families were "really pleased" their loved ones hadn't been forgotten.

Deputy Premier James Merlino opposed the no-confidence motion in parliament, describing the move as a waste of time and energy, "designed to deflect from a leader of the opposition, who has lost the confidence of his own party".

"A man so desperate to make some kind of impact, any kind of impact, that he's taken to deliver cheap political stunts, tasteless, senseless, heartless stunts, exploiting the tragedy speaker, of grieving families and communities," he said.

All lower house MPs were given at least 15 minutes to speak on the motion.

The Victorian Greens had earlier indicated they wouldn't support the motion.

"The Liberals are using this no-confidence motion as a stunt to play political games with the pandemic, they want Andrews' scalp," Greens MP Ellen Sandell said.

"And right now, we think Victorians want politicians more to focus on how we actually get through this pandemic and out of restrictions."

The opposition only has one chance to move a motion of no confidence in the premier each parliamentary term.

In the months leading up to the 2018 election, then-opposition leader Matthew Guy moved a motion of no confidence over the misuse of taxpayer money in Labor's rorts-for-votes scandal.

Tuesday marked the sixth-straight day of cases in the double figures, as Melbourne residents anxiously await confirmation about which restrictions will be eased.

There was also one death in the latest update, taking the state toll to 811 and the national figure to 899.

In a statement on Tuesday night, the DHHS said three people in Shepparton had contracted the virus - the region's first recording of new cases in several weeks.

All three people are self-isolating at home.

They also announced a list of eight new high-risk locations in the area, including a McDonalds restaurant, a Bunnings Warehouse and the Mooroopna Golf Club.

Meanwhile Melbourne's 14-day rolling case average has risen back to 10 and the city's mystery cases are also up by two to 13.

The regional figures remain steady at 0.4 and none.

Mr Andrews has conceded Victoria's roadmap out of lockdown will likely be redrawn and restrictions could be eased with daily COVID-19 figures in the teens.

The city needed a daily average of five cases as well as five or fewer mystery cases to move to the "third step" of the state government's roadmap out of restrictions next Monday.

While those targets are now unachievable, the premier said some restrictions - mostly social-related rather than economic - will still be eased.

Mr Andrews acknowledged at some point Victorian authorities may have to "call it" and revise the target of five average cases per day.

People in Australia must stay at least 1.5 metres away from others. Check your jurisdiction's restrictions on gathering limits.
If you are experiencing cold or flu symptoms, stay home and arrange a test by calling your doctor or contact the Coronavirus Health Information Hotline on 1800 020 080. News and information is available in 63 languages at https://sbs.com.au/coronavirus
Please check the relevant guidelines for your state or territory: NSW,Victoria, Queensland, Western Australia, South Australia, Northern Territory, ACT, Tasmania
Share
5 min read
Published 13 October 2020 at 6:56am
Source: AAP, SBS
Tags
Australia