Deal made to deploy Aust troops to Iraq

Australia has finalised a deal with Baghdad to deploy troops to assist Iraqi troops in their fight against Islamic State jihadists. 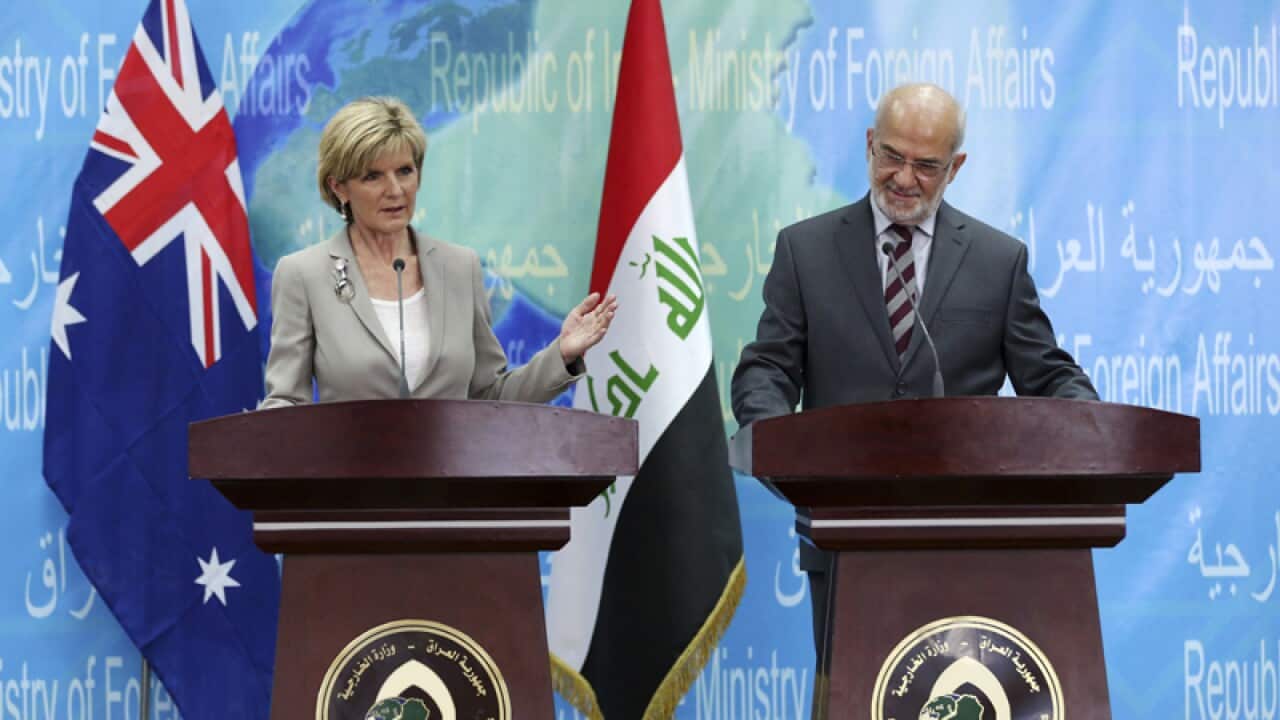 Julie Bishop has reached a deal with Baghdad for the deployment of about 200 special forces to Iraq. (AAP) Source: SBS

Australia's foreign minister has reached a deal with Baghdad for the deployment of about 200 special forces to assist Iraqi troops in their fight against jihadists.

Julie Bishop has been in Baghdad for talks with Iraqi officials about Australia's involvement in the fight against Islamic State extremists.

Ms Bishop told reporters in Baghdad on Sunday that she had hammered out a deal allowing Australian commandos who have been waiting in the United Arab Emirates, to deploy to Iraq.

Advertisement
"I have finalised an agreement for a legal framework to enable our special forces to be deployed here," she said as she wrapped up a two-day visit.

Ms Bishop said the special forces' mission would be to "advise and assist the Iraqi government in building up the capacity of the Iraqi security forces".

The agreement came a day after the appointment of interior and defence ministers ended a security limbo that had been seen as an obstacle to coordination in the fight against the Islamic State jihadist group.

Australia was one of the first nations to join the United States' aerial campaign against the group, which controls large parts of Iraq and Syria and is increasingly seen as a global threat.

During her trip, Ms Bishop also reiterated that Australian forces would be deployed in an advisory capacity and that Canberra had no plans to send ground troops to fight alongside Iraqi forces.