'Democracies are particularly vulnerable': Tackling disinformation during the federal election

A new initiative by the Judith Nielsen Institute, the Institute for Strategic Dialogue, and RMIT has been launched to to help newsrooms deal with disinformation during the federal election to avoid a repeat of recent disinformation events. 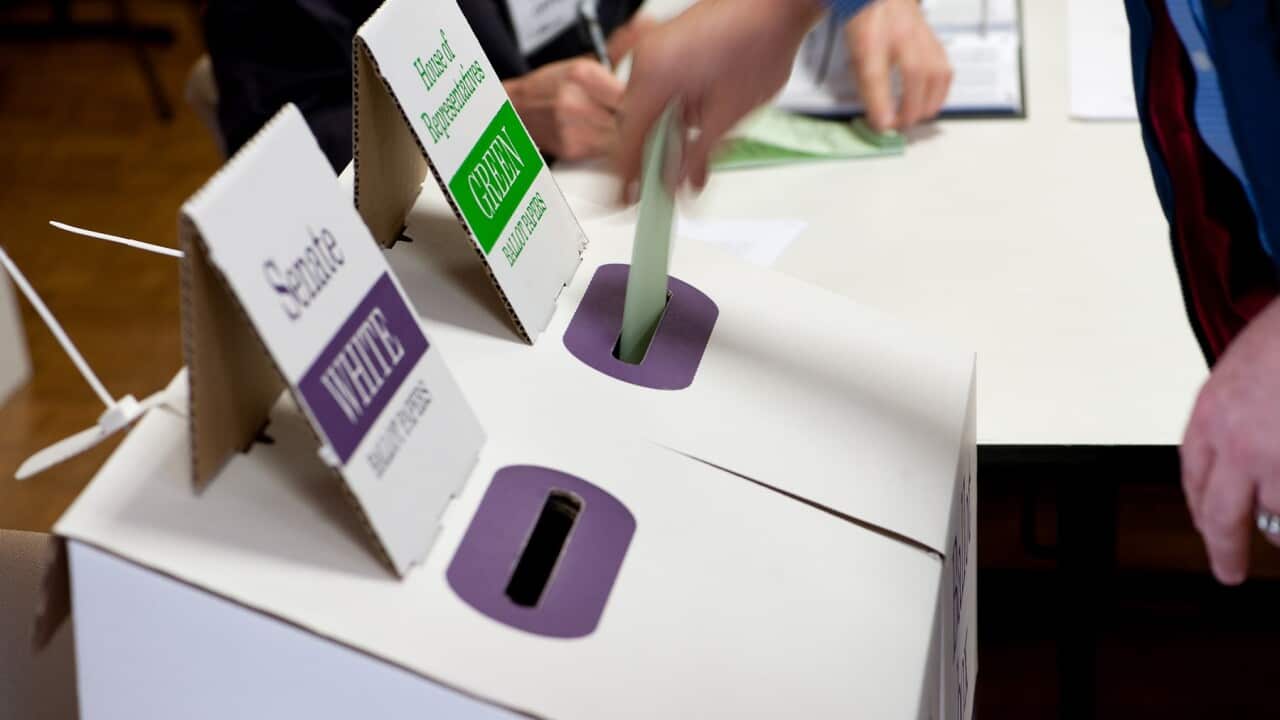 What intertwines the failed election campaign for a Hong Kong-born conservative MP in Canada, Australia’s foreign interference laws and the 2021 US Capitol riots?

All three reveal the power of disinformation in a world beset by a global pandemic and interlinked on social media communities, experts say.

A new initiative by the Judith Nielsen Institute, global think tank Institute for Strategic Dialogue (ISD), and RMIT’s FactLab unit has been launched to combat disinformation during the Australian federal election, in the wake of global disinformation events.
Advertisement
READ MORE
‘Leave the eggplant off’: How the AEC is engaging online to counter fake claims about voting
Dubbed the "Mosaic Project", the unit will provide an open source and free social media tracking and debunking service for newsrooms around the country.

"Democracies are particularly vulnerable amid an election campaign, disinformation is a growing challenge in the sense it can radicalise online communities that COVID has brought together," ISD’s head of digital integrity Jiore Craig said.

Ms Craig pointed to the 2021 US Capitol riots to show how online communities tied together on an issue, being anti-COVID mandates for example, could be caught up in concerted shifts in a disinformation narrative with potentially violent results.
Institute for Strategic Discourse Head of Digital Integrity Joire Craig said the 6 January 2021 US Capitol riot is an example of how disinformation can radicalise people, with violent results. Source: Reuters
"What we are seeing is a unique set of circumstances for elections in the post-COVID pandemic … during the pandemic researchers observed a collision and merging of superhighways that connect online communities," she said.

The power of those superhighways was on display for the Canadian MP Kenny Chiu during his bid for re-election in the 2021 Canadian elections.

As much as half of Mr Chiu’s local electorate were Mandarin or Cantonese speakers.
READ MORE
Right-wing voices primarily responsible for spreading coronavirus misinformation, report finds
The anonymous posts, which spread and became viral on WeChat and Weibo groups, said Mr Chiu was "anti-China", and painted his legislative proposal as an effort to target ethnically Chinese people across Canada.

Mr Chiu did not succeed in his bid for re-election and the Conservative party has said that they believe the disinformation campaign played a major role in the final outcome.

"Elections are like petri dishes for foreign state actors to try out disinformation capabilities. They often amplify existing tensions and dynamics, pouring fuel on the fire. Most of this is homegrown," she said.

The JNI/ISD/RMIT team of about 20 will be analysing a vast swathe of online activity amid the election campaign as part of their effort.

Each day the team will hone in on keywords to help assess if a false narrative is taking root, and then look at pointing people within those groups to a legitimate site, or published piece of research by the team.

The scale of the amount of information also means that the team will be using specialised software alongside their manual analysis each day to help hone in on troubling narratives before they become viral.

"The pace at which these disinformation narratives can take place is supercharged by online groups, many that have formed amid the COVID-19 pandemic," Ms Craig said.

The real-time fact-checking initiative is a welcome toolbox in safeguarding the integrity of Australia’s elections, an independent expert said, but there are other aspects that need to work with it.

Professor Sora Park from the News and Media Research Centre at the Australian National University said media literacy was a vital factor in helping stem disinformation at the very outset.

"Increasing media literacy of the public is vital, as a tool to help combat misinformation. The real challenge is to educate the public to equip them with media literacy so they know how to identify misinformation, and to know what sources are trustworthy," she said.
READ MORE
Inside Australia's fight against anti-vaccine misinformation
Professor Park said a
2021 study
conducted by herself and a team of academics across Australia revealed troubling trends in the levels of media literacy among Australians.

"What our research revealed was that 77 per cent of adult Australians are unfamiliar with the term 'media literacy', while 61 per cent of Australians said they don’t feel confident they can take steps to identify misinformation. These are alarming statistics."

"So what this reveals is that while those tools to combat disinformation in real-time are so important, we also need to address the root issue of having a population that is able to identify disinformation or at least have a good news literacy too," Professor Park said.
SHARE
5 min read
Published 16 April 2022 at 6:50am
By Henry Zwartz
Source: SBS News