Michael McCormack says people in regional areas should move out of their home towns to find a job in response to calls to raise Newstart. 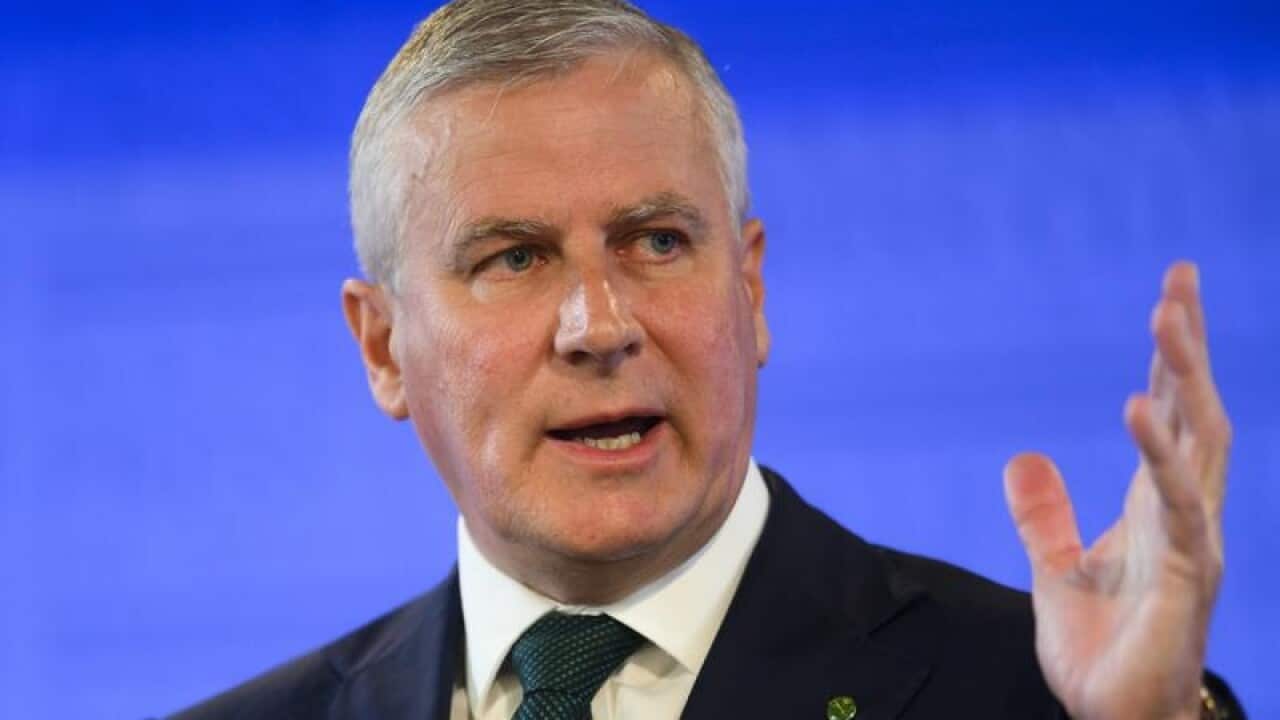 Deputy Prime Minister Michael McCormack has told unemployed Australians to show some “innovative spirit” and leave their home town to find a job.

Rebutting growing calls for the Newstart payment to be increased, the Nationals leader said there were “many jobs” available for people prepared to move.

“There are jobs out there in regional Australia and there are good paying jobs and what I think we do need in this country is a more mobile workforce," Mr McCormack told Sky News.

Advertisement
“And so people have to be prepared to move sometimes out of their comfort zone and their home town and move to the next town to take a job.”

Mr McCormack is facing pressure from backbenchers within his own party to raise the Newstart rate, which has not risen above inflation in more than two decades.

His predecessor Barnaby Joyce last week backed the campaign to lift the rate, arguing it was particularly tough for unemployed people in regional areas.

Barnaby Joyce has sparked outrage by speaking at an anti-abortion rally. Source: AAP

But Mr McCormack had no sympathy for regional constituents on the payment.

He acknowledged it was a “very meagre existence” but said it was only designed to be a safety net between jobs.

Citing job ads posted in shopfronts in some regional towns he claimed there were “so many jobs”.

“People have to have the wherewithal to go to those places and have the capacity and indeed have the innovative spirit to actually move out of their home town where they have lived all their life and go to a town where there are jobs available."

The Australian Council of Social Service has rejected the Deputy PM's comments suggesting people on Newstart payments should relocate for work.

"The idea that you can just up and move for all of these 'job opportunities' that are out there avoids the fact that regional communities are really struggling and unemployment rates are high," ACOSS Acting CEO Jacqueline Phillips said.

She said many jobs being offered in regional and rural areas were either seasonal or temporary.

"So it’s a big gamble for people to move far away for jobs that may only last a few months."

The Australian Council of Social Service backed calls for a $75 per week increase to Newstart payments. Source: AAP

ACOSS said it welcomed the Opposition's support for an increase to Newstart and urged both sides of government to agree to raise the rate by at least $75 per week.

"It's an absolute furphy that in some way lifting Newstart would jeopardise people's availability to look for work," Ms Phillips said.

On Monday, two Liberal MPs joined the chorus of welfare groups, businesses and economists calling for a $75 a week increase to the $275 payment for a single, childless individual.

Labor has slightly adjusted its official position on the issue after a meeting of caucus on Tuesday morning.

The opposition is calling on the government to review and increase the rate, but isn't putting a figure on how much it should be raised.

The government argues that two thirds of the 700,000 people on Newstart need the payment for less than a year.

But figures from the Department of Social Services show the average time spent on the payment is about three years.