Emotional staff from Virgin Australia have urged the Australian Government to act quickly to save their airline after the company announced it had entered administration on Tuesday morning. 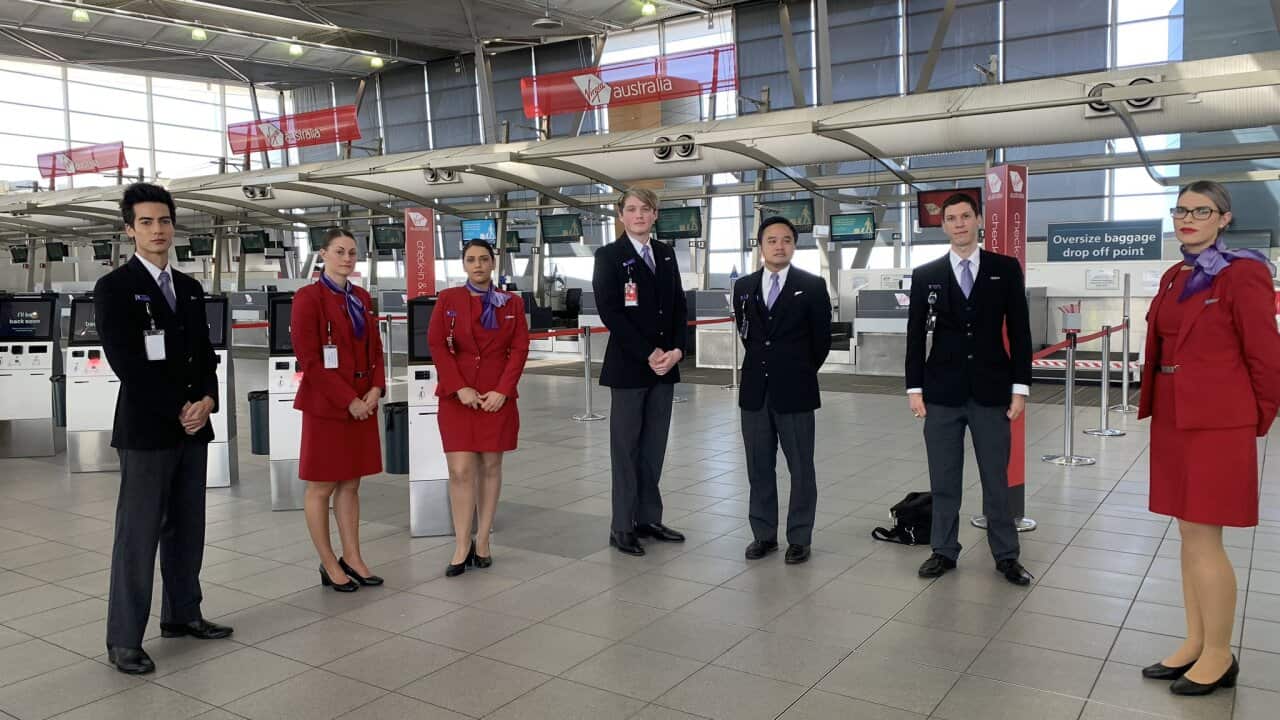 Virgin Australia staff have made a plea to the government to save their airline. Source: Twitter 'TWUAus'

Devastated Virgin Australia employees have made an emotional plea for their airline following the
announcement the company had entered voluntary administration on Tuesday morning
.

Speaking at Sydney Airport an hour after the announcement was made, a series of Virgin Australia staff from across the business urged the government not to let the airline fall.

Advertisement
"I see Virgin Australia as something like my other mother - I love it like another mother," one employee said.

"It's like family to me, and to every person behind me, plus another 16,000 more across the globe. Virgin Australia is our family ... you feel the grief of losing a family member, and that's what we will feel if we lose Virgin Australia."

A member of the Virgin Australia ground staff then made a plea to Prime Minister Scott Morrison to not "clip our wings".

"I have been with this company for 16-and-a-half years, and I was with Ansett before," he said.

"These people behind me, they're not only my mates, but they're also my brothers and sisters. Sir, I could not do your job and I don't envy you, but please let me do mine."

'The government has been complacent'

Federal Finance Minister Mathias Cormann reiterated the government would not be buying into Virgin Australia earlier on Tuesday morning.

"The Government, the current Federal Government, have a responsibility here, because it is a direct result of Government policy that we find ourselves in these circumstances," Mr Albanese said.

"If 16,000 people directly lose their jobs, that is 16,000 people who are on the Centrelink queue, not contributing to the national economy as we emerge from this crisis."

Virgin Australia is carrying about $5 billion in debt, employs about 10,000 people and supports another 5000 indirect jobs.

National secretary of the Transport Workers' Union Michael Kaine urged the government to invest in the airline now to avoid it meeting a swift end.

"Scott Morrison and the Government will be on the wrong side of history if they do not step up right now and do what they should have done weeks ago, and that is take an equity stake in Virgin," Mr Kaine said.

The airline has nominated Deloitte as its administrator, which has said it will will try to recapitalise the business to help it emerge "in a stronger position on the other side of the COVID-19 crisis."