Strawberries sold in Queensland, New South Wales and Victoria are being recalled after they were contaminated with sewing needles. 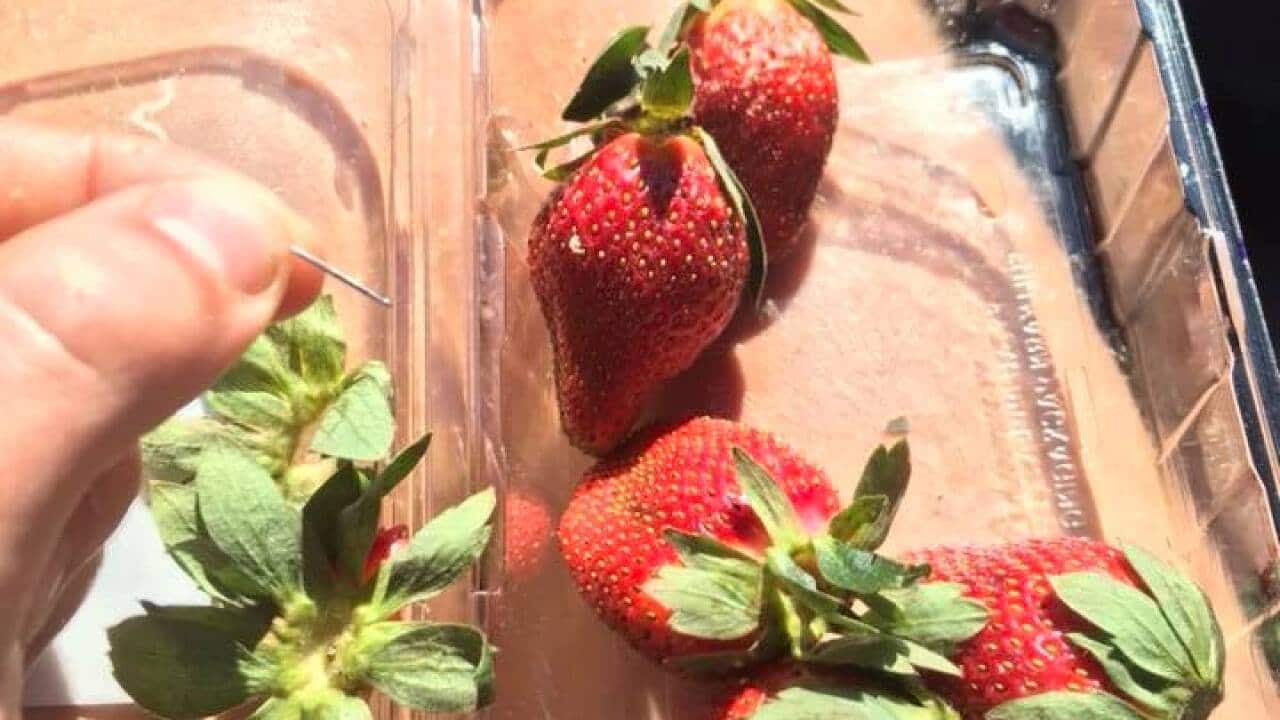 A man posted a picture of the needle he found in a strawberry punnet. Source: Facebook

The Queensland Strawberry Growers Association says a disgruntled former employee could be responsible for contaminating strawberries.

Sewing needles have been found in at least three punnets of strawberries.

"At this time, the Queensland Strawberry Growers Association have reason to suspect that a disgruntled ex-employee may have orchestrated the occurrence, wherein sewing needles were found in a number of strawberries," the industry body said in a statement.

Consumers are being urged to throw out strawberries purchased over the past week in Queensland, New South Wales and Victoria.

Health officials and police on Wednesday said sewing needles were hidden in at least three punnets of strawberries supplied to Woolworths from a southeast Queensland farm.

A Queensland man found this needle in his strawberry. Source: Facebook

Those strawberries were bought in Queensland and Victoria, but it is unclear if the brands involved, Berry Obsession and Berry Liscious, are supplied to other retailers.

"I'm out here today to advise people if they've bought any strawberries in Queensland, New South Wales or Victoria since early last week, that they should dispose of them," Queensland Health's chief health officer Jeanette Young said.

"If someone were to swallow a sewing needle it could get caught up in their gut."

Police launched an investigation on Sunday after a Queensland man reported swallowing a contaminated berry.

Two people in Victoria have since come forward after similar experiences.

Acting Chief Superintendent Terry Lawrence would not say at what point in the supply chain police believe the needles were planted.

He declined to name the farm involved but said investigators had been in contact with its operator and Woolworths representatives.

Woolworths removed strawberries from its shelves on Wednesday and consumers can be confident in purchasing them from Thursday onwards, Dr Young added.