SBS World News Radio: The Federal Government has defended a report from the Climate Change Authority despite two members on the panel labelling it untrue and dangerous. 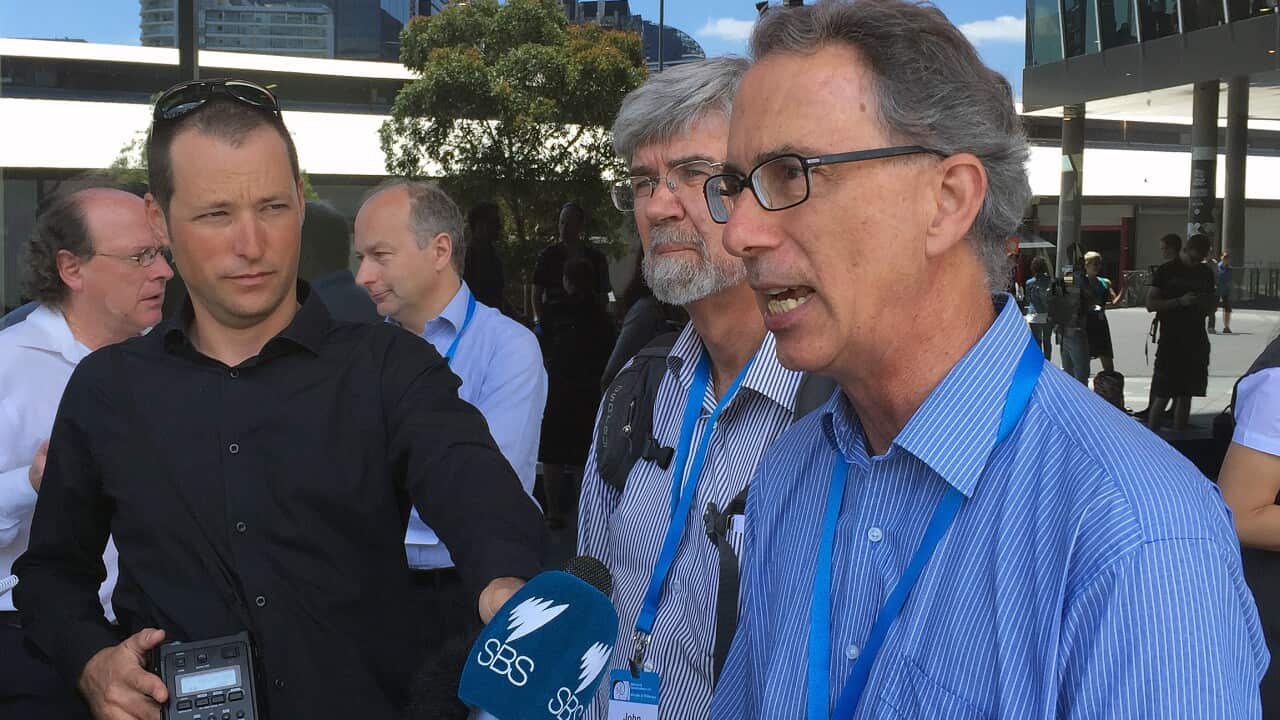 In it, they disagree with the Authority using the Government's 2030 emissions-reduction target as its basis.

The rest of the Climate Change Authority has supported the Government's existing carbon-emissions cuts of 26 to 28 per cent by 2030.

The two dissidents say they view the Climate Change Authority's report as a means for further delay in responding to the urgent need to cut Australia's greenhouse gas emissions.

He has told the ABC he believes the Authority has bowed to political pressure to deliver what the Government wants.

"The accusation applies to the consensus report, and, yes, it is clear that it does not meet the economic-effectiveness criterion or take into account the current understandings, the best science information of what is needed for the world to limit the global warming to well below 2 degrees and what should then be Australia's fair share of climate action. The Government will say that we can hit our target. That target is not sufficient for Australia to meet its fair share."

The dissenting report calls for the dirty brown-coal power stations to be closed down through a bidding process funded by a mandatory charge on other generators.

It says the Climate Authority should have kept to its previous recommendation of a 40 to 60 per cent reduction in carbon emissions by 2030.

The dissenting report has also backed a cap-and-trade, or emissions-trading, scheme and abolishing the 2.5 billion-dollar Emissions Reduction Fund, saying it is a waste of money.

The Government has said it will reduce emissions through its Direct Action Scheme.

That involves a fund of $2.5 billion being handed to polluters such as miners to encourage them to stop polluting.

But some, such as David Karoly, say they do not think Australia can actually meet its emissions targets using the Government's scheme.

"That target is not sufficient for Australia to meet its fair share. The current policy recommendations in the majority report mean that most of Australia's allowance for emissions under international law, 90 per cent of that, will be used up by 2030, leaving only 10 per cent of that budget for the remaining 20 years until 2050."

The aim is to limit global warming to below 2 degrees.

Countries around the world committed to that target as part of the Paris Agreement.

The Government say it supports the Paris agreement, which aims to limit global warming to below 2 degrees above pre-industrial levels by the end of 2030.

But the Coalition has not set out a plan for beyond 2020, nor has it ratified the Paris agreement, which is non-binding.

Foreign Minister Julie Bishop says she will be handing over the agreement to the Treaties committee for consideration.

"The Turnbull Government will table the Paris agreement on climate change to enable consideration by the Joint Standing Committee on Treaties to hopefully enable ratification of this historic agreement by the end of this year. Ratification by Australia will demonstrate our firm and enduring commitment to tackling the global challenge of climate change."

Environment Minister Josh Frydenberg says the vast majority of the Authority's board members signed off on the report.

And he says the dissenting report's recommendations would damage the economy and hurt jobs.

Mr Frydenberg says Australia is making headway in its use of renewable energy and is well on the way to effectively reducing emissions.

"If you look at some of the other countries, particularly those in the G20, it's worth noting, for example, that China is increasing its emissions between now and 2030 by 100 per cent, India by 200 per cent, and Germany has just commissioned a black-coal, electricity-generation power plant. So, there are changes going on in the rest of the world which may raise the ire of these NGOs, whereas Australia has seen a dramatic increase in the amount of renewables as part of its overall electricity mix."

His comments come as the world's two biggest polluters, the United States and China, have now both announced they will ratify the Paris global climate agreement.

The two countries together are responsible for 40 per cent of the world's carbon emissions.