A NSW parliamentary committee has unanimously recommended that coercive control be criminalised, but says it musn't happen without prior education, training and consultation with police, the judiciary and frontline workers. 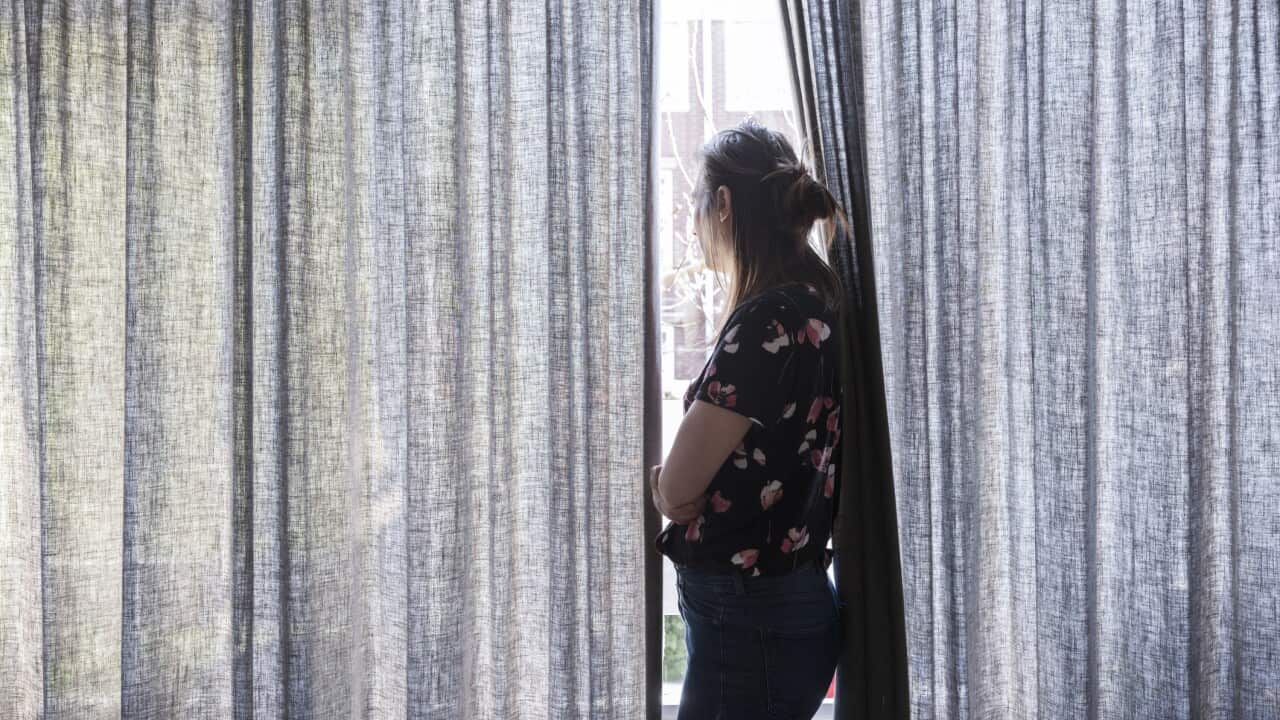 A NSW parliamentary inquiry into coercive control in domestic relationships has handed down its findings. Source: Getty Images

This article contains references to domestic and family violence.

Domestic and family violence support groups have welcomed a unanimous recommendation to make coercive control a crime in NSW.

A NSW parliamentary committee, with members from the Coalition, Labor, the Greens and One Nation, has supported introducing a criminal offence to better respond to coercive control, a form of domestic abuse.

Advertisement
It's the primary recommendation of the committee's report, which was handed down on Wednesday following an eight-month inquiry which heard evidence from more than 100 witnesses.

"It is no exaggeration, it is a silent, hidden and deathly pandemic," committee chair Natalie Ward wrote in her foreword.

"Like a canary in a coal mine, the statistics are our warning that we have an opportunity to act."

The report describes coercive control as a form of domestic abuse in which perpetrators aim to take away their partner's autonomy and freedom. This can involve a gradual escalation of tactics, such as isolating them from family and friends, humiliating them, tracking their movements and removing their ability to make decisions around finances or clothing.

"While coercive control does not always involve physical violence, it is a common factor in intimate partner homicides," it says.

A review by the NSW Coroner’s Court found 99 per cent of intimate partner homicides - 111 out of 112 - were preceded by “coercive and controlling behaviours towards the victim”.

Ms Ward described coercive control as a form of "domestic terrorism" suffered by women and children who walk among us.

"We heard evidence of terror, murder, and heartbreak, and of bare survival in the lives of women and children," she said.

"Given the facts, we cannot ignore this phenomenon. While we don't wish to intervene in ordinary respectful relationships, the evidence before us demonstrated these patterns of coercive and controlling behaviour are red flags for murder. Accordingly, it should be criminalised in NSW."

While some Australian states and territories recognise coercive control under civil law, Tasmania is the only Australian jurisdiction that has introduced specific criminal offences addressing these behaviours.

“It is a win for those with lived experience of violence and abuse, many of whom have stood up and spoken about the psychological impacts of this most dangerous and damaging aspect of their experiences," she said.

The Committee made 23 recommendations to the state government, acknowledging a criminal offence should not be introduced until police, frontline workers and others undergo a "considerable" program of education, training and consultation.

These supports, it says, would help to address concerns raised during the inquiry that criminalisation would exacerbate existing issues with policing domestic abuse, including misidentification of victims by police.

The report recommended targeted education campaigns for Aboriginal and Torres Strait Islander, culturally and linguistically diverse and LGBTIQ+ communities, along with people with disability and those living in rural and remote regions - regardless of whether the offence is introduced.

It also called for content about coercive and controlling behaviour to be included in school programs about respectful relationships.

Ms Foster said comprehensive and ongoing training for police and the judiciary must be a priority, along with community education to ensure the public is aware of what coercive control is, how to respond to it and where to get help.

She supported the recommendation of a multi-agency taskforce to help implement such an offence.

“We have to ensure implementation of these laws is expert-led. This must include representation of people with lived experience, diverse backgrounds and experiences, and most essentially Indigenous women and communities,” she said.

Domestic Violence NSW chief executive Delia Donovan said she is pleased to see the report prioritising changes to the civil law, which will offer improved protection for victim-survivors.

"Coercive control is one of the most insidious forms of domestic and family violence," she said.

Ms Donovan also welcomed calls to increase funding to the domestic violence sector to provide crucial supports on the ground.

Jacqui Watt, chief executive of No To Violence, welcomed recommendations to improve resources for behaviour change programs, saying more work needs to be done with perpetrators.

"If we are to stop the impacts and trauma associated with coercive control, we need to be stopping it before it happens, and as soon as it presents," she said.

"We need to be working with men, and we need to start as early as possible."

The report made other recommendations, including changes to the Crimes (Domestic and Personal Violence) Act 2007 to create a "clear and accessible" definition of domestic abuse, which includes coercive and controlling behaviour.

Attorney-General Mark Speakman, who initiated the inquiry, said the evidence showed that reasonable minds differ on the best way to respond to this "abhorrent behaviour".

He pledged to consider the report's findings and recommendations "with the care and diligence it deserves."