NSW Premier Dominic Perrottet has announced a 2022-23 budget commitment to have an Aboriginal flag fly permanently on the Sydney Harbour Bridge. 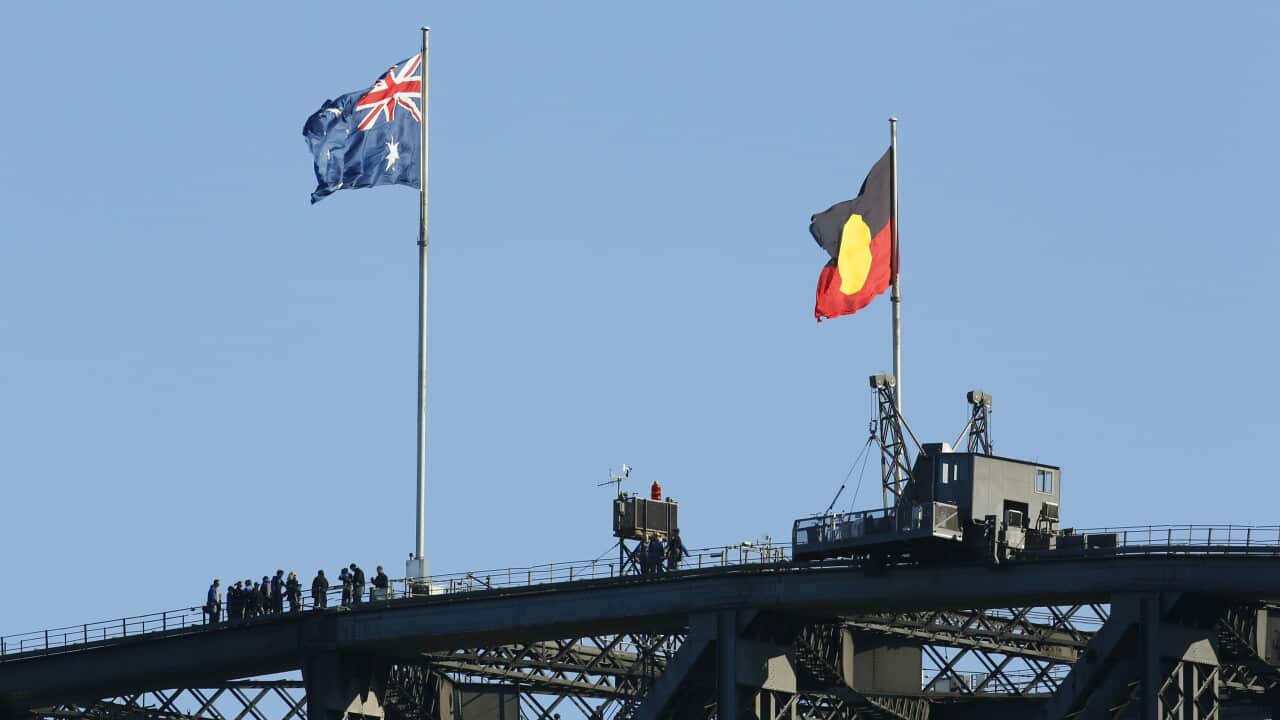 The Aboriginal flag will have a permanent spot
on the Sydney Harbour Bridge
, with the NSW government committing $25 million to install a third flagpole by the end of the year.

Flying the Aboriginal flag alongside the Australian and NSW state flags was an important gesture towards Closing the Gap, NSW Premier Dominic Perrottet said about the 2022-23 budget announcement.

"Our Indigenous history should be celebrated and acknowledged so young Australians understand the rich and enduring culture that we have here with our past," Mr Perrottet said in a statement on Sunday.
Advertisement
"Installing the Aboriginal flag permanently on the Sydney Harbour Bridge will do just that and is a continuation of the healing process as part of the broader move towards reconciliation."

When asked by a reporter "why does it cost so much?" Mr Perrottet said: "I don't know, but it does, apparently".

"The fact that we built the [Sydney] Harbour Bridge back in the 1920's ... I'm even surprised it takes this long. The first briefs said it would take two years to do," Mr Perrottet said.

"I'll go to Bunnings myself and climb up there and put the pole up."

The flagpoles are about 20 metres high, the same as a six-storey building, and the flags require an attachment strong enough to withstand all weather conditions.

Transport for NSW and Aboriginal Affairs will engage with key Aboriginal stakeholders about the project.

Meanwhile, the state government has also committed $37.9 million to improve before and after school care services and $206 million towards a sustainable farming program.

"I want everyone who comes to our NSW national parks as a visitor to leave as a conservationist, and this world-class Dorrigo Escarpment Great Walk helps us achieve that," Mr Griffin said.

Some $28 million has also been committed to the state's farm forestry industry, with funds going to the support and education of farmers following the introduction of a new code of practice this year.
READ MORE
NSW to create religious advisory council as part of $28m multicultural funding boost
Deputy Premier Paul Toole said the investment reflects the increasingly important role farm forestry will play in supporting the sustainable timber industry.

Women in small business will also gain free access to TAFE courses and professional advice a program that will cost $15 million over the next four years.

Mr Kean says more than 95 per cent of businesses in NSW are small businesses but only a third are run by women.

The Perrottet government is due to hand down its 2022-23 state budget this Tuesday.
Share
3 min read
Published 19 June 2022 at 8:41am
Source: AAP, SBS
Tags
Indigenous