Donald Trump says the United States will remove Sudan from its list of state sponsors of terrorism once payments are set aside for US victims. 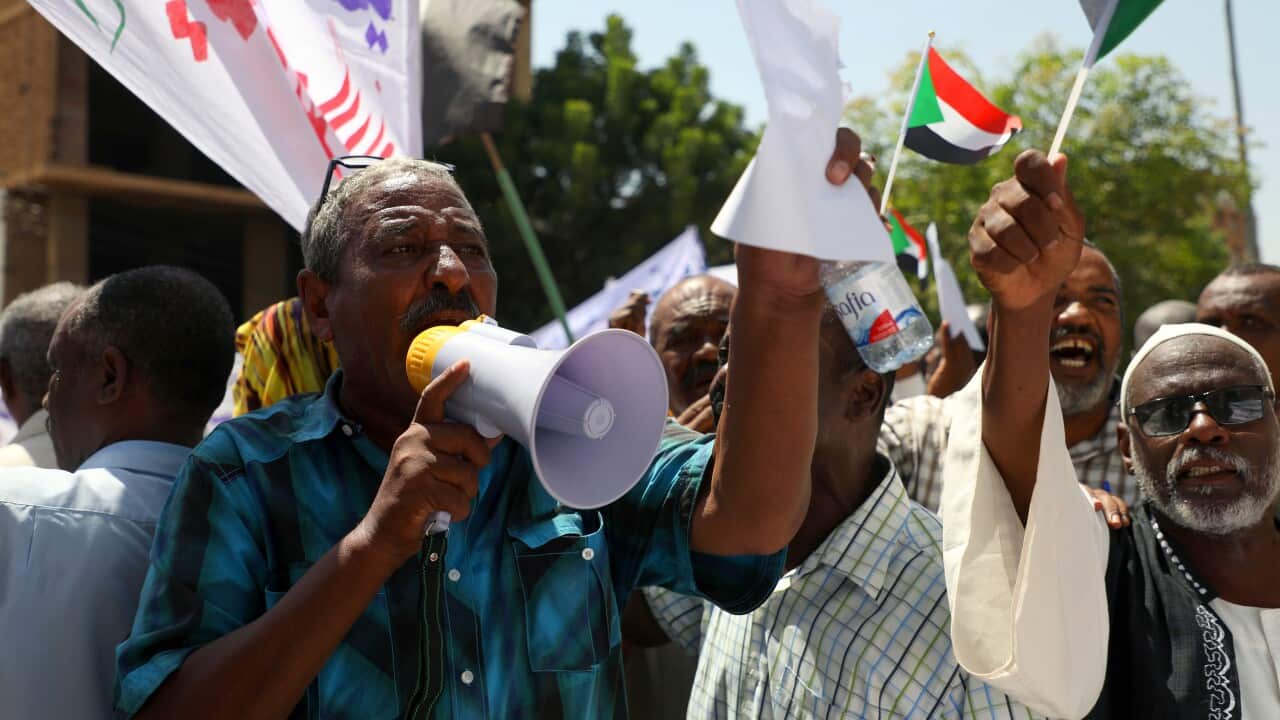 President Donald Trump said on Monday he was ready to remove Sudan from a US blacklist of state sponsors of terrorism, a landmark boost for the civilian-backed government as it turns the page on the nation's decades as an international pariah.

Mr Trump said that Sudan, which has sought the delisting for years, had agreed to a $335 million compensation package for victims and relatives of past attacks.

"At long last, JUSTICE for the American people and BIG step for Sudan!" Mr Trump wrote on Twitter, vowing to delist Sudan as soon as the compensation is "deposited."

Advertisement
Sudan is one of four nations branded by Washington as a state sponsor of terrorism, along with Iran, North Korea and Syria - severely impeding economic development, with few major foreign investors willing to run afoul of US laws.

Sudan was designated in 1993 during the rule of dictator Omar al-Bashir, who had welcomed Al-Qaeda founder Osama bin Laden as he imposed a brand of political Islamism on the country.

The conflict-ridden nation experienced a historic shift last year as Bashir was ousted in the face of youth-led street protests and a civilian-backed transitional government was later installed.

Mr Trump's announcement marks "the strongest support to Sudan's transition to democracy and to the Sudanese people," said Prime Minister Abdalla Hamdok, a reform-minded economist and face of the government that will rule until 2022 elections.

"As we're about to get rid of the heaviest legacy of Sudan's previous, defunct regime, I should reiterate that we are peace-loving people and have never supported terrorism," he said on Twitter.

Under US law, Mr Trump can remove a nation from the blacklist after which Congress has 45 days to object.

More crucially, Congress will vote on whether to grant Sudan immunity from further claims - an indispensable step for the developing country if it commits $335 million to compensate victims and families over anti-US attacks traced back to Sudanese soil.

More than 200 people died in twin Al-Qaeda bombings in 1998 of the US embassies in Kenya and Tanzania. Then-president Bill Clinton responded with a still disputed missile strike on a pharmaceutical factory on Khartoum's outskirts.

The draft package had divided Congress, with some Democrats saying it was unfair by giving more money for US citizens than Africans, who made up the bulk of the victims.

Other lawmakers want compensation over additional attacks by Al-Qaeda, notably the 2000 bombing of the USS Cole off Yemen.

Edith Bartley, a spokeswoman for the families of Americans killed in the Nairobi bombing, said the package would "vindicate the sacrifice of our diplomats abroad."

"The victims, and our regional allies who wish to have Sudan emerge as a economically viable supporter of regional peace, are depending on Congress to act swiftly in support of this effort," she said in a statement released by the White House.

Members of the Red Cross and Kenyan military remove a body from the collapsed building next to the US embassy in Nairobi Tuesday, 11 August, 1998. Source: AAP

Sudan had long been the target of international pressure campaigns, including over Bashir's scorched-earth campaign in Darfur that the United States described as genocide.

With the country's dramatic changes, some of the same activists have pushed for the removal from the terror blacklist.

"In order to support the transition to a fully civilian-led democracy, Congress must now pass legislation to restore Sudan's sovereign immunity and end its longstanding status as a pariah state," said John Prendergast, who alongside actor and activist George Clooney founded The Sentry, which seeks to cut off dirty money that fuels conflict in Africa.

The Trump administration, seeing leverage as it eyed removing the designation, has also leaned on Sudan to normalise relations with Israel, following the lead last month of the United Arab Emirates and Bahrain.

With US elections in two weeks, another landmark Arab recognition of Israel would be hailed by Mr Trump's evangelical Christian base, which staunchly backs the Jewish state.

Secretary of State Mike Pompeo discussed the issue in August on the first visit in 15 years by the top US diplomat to Khartoum.

But Mr Hamdok demurred on the controversial step, saying the transitional government did not have authority to normalise with Israel.