‘Don’t take advice from Scott Morrison’: Queenslanders under 60 urged away from AstraZeneca vaccine

It comes as Queensland records three new local COVID-19 cases on the first full day of its new lockdown. 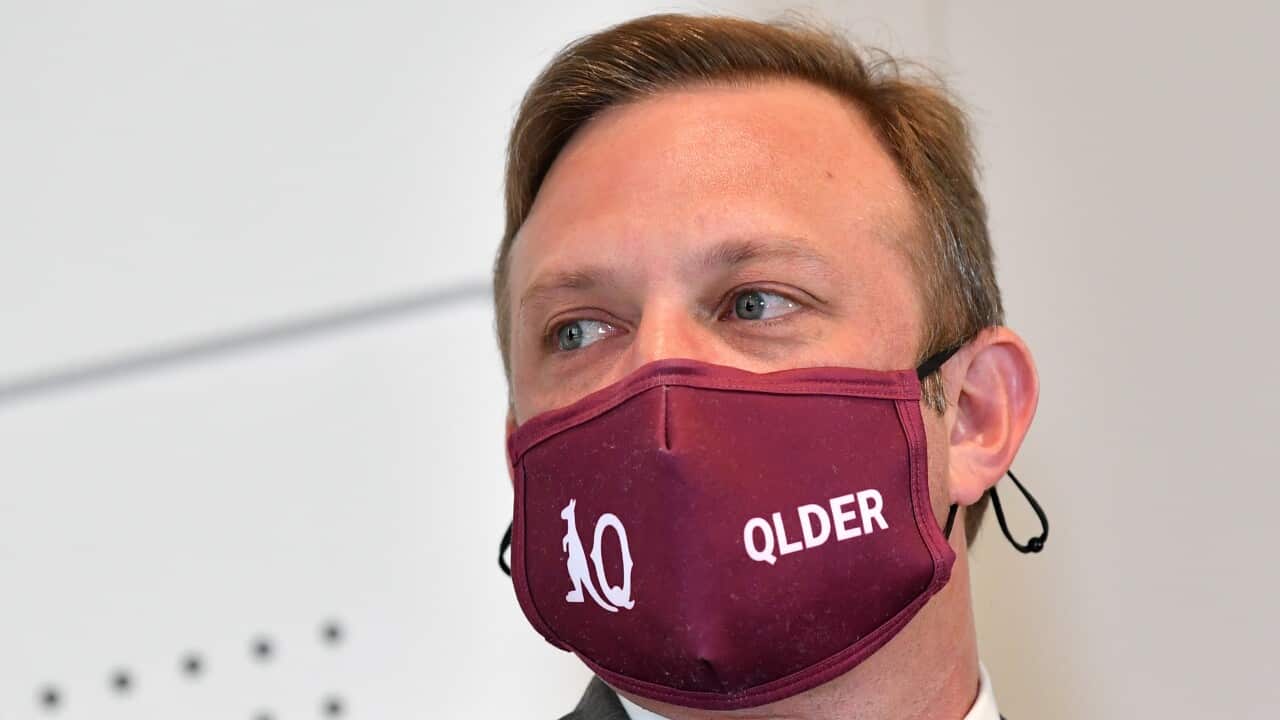 Queenslanders under 60 are being discouraged from getting the AstraZeneca vaccine, with authorities saying people should listen to state officials and “not the advice of Scott Morrison”.

It comes as the state records three new local COVID-19 cases and the government says the unvaccinated hospital worker who sparked the state’s current lockdown caught the Delta variant from an unvaccinated traveller allowed to come and go from Australia.

The announcement
has caused widespread confusion
, and the Australian Technical Advisory Group on Immunisation (ATAGI)'s official advice on the vaccine has not changed.

Deputy Premier Steven Miles said Queenslanders should listen to the state's chief health officer, Jeannette Young, who has advised people aged 40 to 59 get Pfizer and over-60s get AstraZeneca, in line with health recommendations.

“The advice of our chief health officer has served Queenslanders incredibly well, and they should take her advice about which vaccine is medically appropriate, not the advice of Scott Morrison,” Mr Miles said.

Dr Young told reporters she didn't understand the prime minister's "thought processes" on AstraZeneca, and remains strongly opposed to allowing younger people to have it due to an extremely rare risk of a blood clotting disorder.

Meanwhile, Queensland Health Minister Yvette D'Ath also warned the state was running out of the Pfizer vaccine but had not been promised extra doses.

"On our calculations, we have eight days' stock left for Pfizer. So we are getting to that point that we'll have to start prioritising only second doses if the Commonwealth do not have any vaccine left," she said.

‘Allowed to come and go’

Mr Miles said the federal government is at fault for allowing the traveller who sparked Queensland’s latest lockdown to move between Australia and Indonesia without being vaccinated.

Tracing has shown a receptionist from Brisbane's Prince Charles Hospital has the same form of the Delta variant as that traveller.

The traveller was treated at the hospital, where the receptionist was stationed outside its coronavirus ward.

"They had been allowed to come and go between Australia and Indonesia repeatedly throughout this pandemic by the Morrison government," Mr Miles said.

"They are not vaccinated. And have been through our hotel quarantine several times."

He said the federal government's claims that borders were closed was a farce, and thousands of people were being allowed to travel here "who are not stranded Aussies".

Ms Palaszczuk said the federal government had serious questions to answer about the risk such travel posed to the country.

But Home Affairs Minister Karen Andrews
on Wednesday accused Ms Palaszczuk of creating a distraction
from her own state's quarantine failures.

Of the three new cases announced on Wednesday, one is the younger brother of the hospital worker, who attended a school holiday tennis camp at Wooloowin tennis centre. Contact tracers are scrambling to work out if he has infected any others.

The worker went on a family holiday to Townsville and Magnetic Island while she was infectious, sparking lockdowns in those communities and nearby Palm Island.

The second case is a person linked a cluster at a Portuguese restaurant at Ellen Grove. That cluster involves the Alpha variant.

The third case was a close contact of an infected Virgin flight attendant who travelled on flights to Brisbane and the Gold Coast.

There was also one case of overseas acquired coronavirus detected in hotel quarantine.

The premier was grilled about why the hospital worker was not vaccinated.

She promised there would be answers and said there was a direction in place, but it wasn't followed.

"It wasn't a guideline, it wasn't a principle, it was a direction. So there will be a full investigation into that."

Residents in those areas are only allowed to leave home to shop for essential items, exercise, or to receive or give medical care.

Masks remain mandatory and other restrictions have also been tightened including limiting funerals to 20 people, and weddings to 10 people, including the celebrant and couple.

With additional reporting by Evan Young.