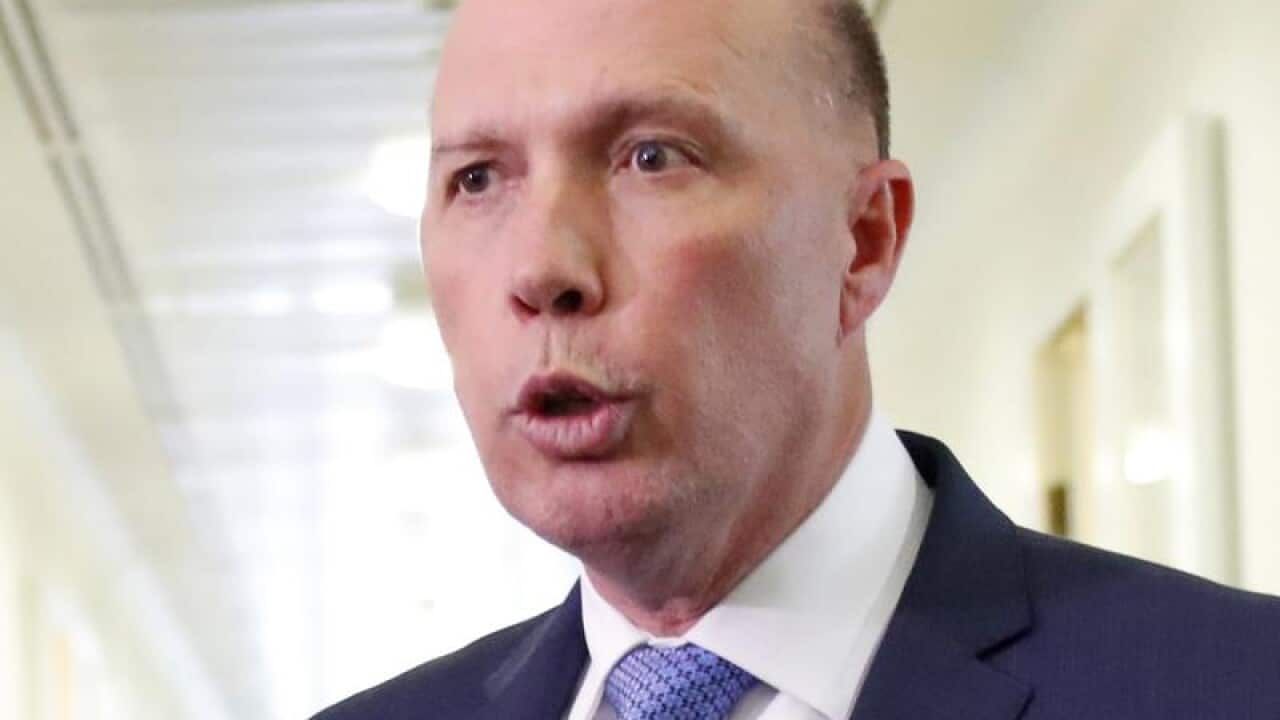 Peter Dutton has denied any wrongdoing over his decision to intervene in the visa of an au pair. Source: AAP

Questions linger over Peter Dutton's eligibility to sit in parliament as he comes under increasing pressure for intervening in the visa cases of three au pairs.

Labor is demanding answers over the home affairs minister's decision to save a French au pair from deportation following a request from AFL chief Gillon McLachlan.

Two other interventions in visa cases of au pairs by Mr Dutton are already the subject of a parliamentary inquiry.

Callum MacLachlan's father, Hugh MacLachlan, has donated roughly $150,000 to the Liberal Party since 1999.

Labor wants to know if the donations swayed Mr Dutton's decision to help the au pair stay in Australia.

"I'm reading about the AFL guy, or ringing up and sorting out - sorry, but Peter Dutton and his own group are the people that know about this," Labor leader Bill Shorten told reporters in Perth on Wednesday.

Mr Dutton has denied any wrongdoing and says donations had no influence on his decision.

He is also facing questions about his financial interest in publicly funded childcare centres.

Section 44 of the constitution bans people from parliament who have "any direct or indirect pecuniary interest with the public service of the Commonwealth".

Scott Morrison, who became prime minister last week after defeating Mr Dutton for the Liberal leadership, isn't ruling out referring him to the High Court to test his eligibility.

Mr Dutton has released legal advice confirming his eligibility, while the solicitor-general found he was "not incapable" of sitting in parliament but noted "some risk" of a conflict of interest.