The family of 70-year-old Chau Van Kham has called on Prime Minister Scott Morrison to do more to assist their father, who they fear will die in a Vietnamese prison. 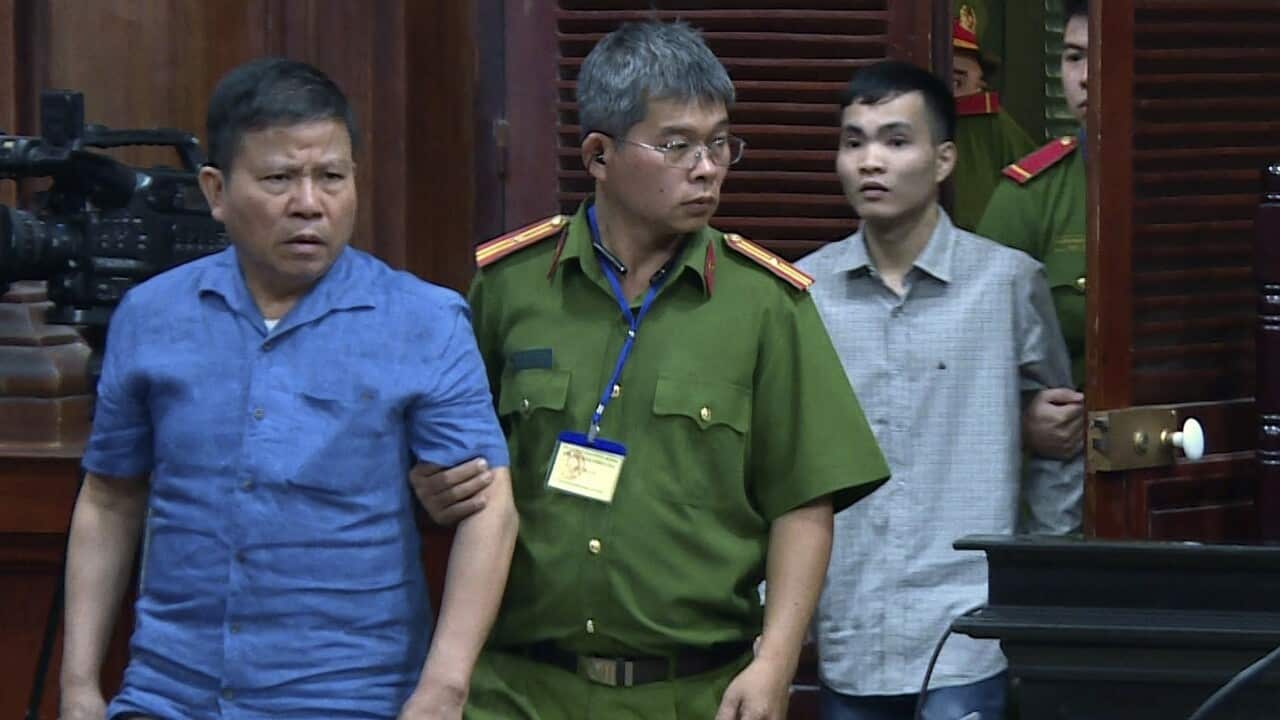 An Australian retiree
jailed in Vietnam due to his affiliation with a human rights group
has lost his appeal.

Former Sydney baker Chau Van Kham, 70, returned to court on Monday to appeal his 12-year prison sentence for "financing terrorism", maintaining that he is a peaceful Australian citizen and has no connection to terrorist activity.

The human rights activist entered Vietnam on a false ID before being arrested in Ho Chi Minh City in January last year due to his affiliation with pro-democracy group Viet Tan, which is banned by the country's communist government.

Advertisement
A spokesperson from the Department of Foreign Affairs and Trade told SBS News: "We are disappointed that Mr Chau’s appeal has been unsuccessful. This marks the conclusion of his legal process."

"Vietnamese authorities understand our strong interest in his health and welfare. Australian officials have raised Mr Chau’s case and will continue to do so," the spokesperson said.

"We are concerned about the length of Mr Chau’s sentence, particularly given his health and welfare may be severely impacted by serving such a sentence at his age.

"The Department of Foreign Affairs and Trade will continue to provide consular assistance to Mr Chau and his family in accordance with the Consular Services Charter, including monitoring his health and wellbeing."

His family have repeatedly expressed concerns for Mr Chau's health given his age and the poor conditions within the prison.

Speaking to SBS News on Monday ahead of the trial, the lawyer acting on behalf of the Chau family, Dan Phuong Nguyen, said the 70-year-old's health was "terrible".

She said Mr Chau had severe back pain and was unable to stand up by himself. She said he also had prostate issues and cataracts.

Last month, Mr Chau's son Dennis said his father's sentence was "effectively a death sentence" during a speech at the United Nations' Geneva Summit For Human Rights and Democracy.

He also described the trial,
which concluded in November
, as a "charade" without "any semblance of due process".

His father was only able to meet with his assigned lawyer for one hour before the original trial, which lasted four hours, and the verdict was "predetermined", he said.

During the trial, media and family members were not allowed inside the courtroom.

Repeated visitation requests by the family since he was sentenced have also been denied.

Ahead of Monday's appeal, Ms Nguyen said Mr Chau had been permitted to meet with his Vietnamese lawyer for one hour.

Previously he also was permitted monthly visits from the Australian consulate in Japan, but Ms Nguyen said he had not had access to the consul since December, allegedly due to concerns over the spread of the coronavirus.

The Chau family are urging Prime Minister Scott Morrison to do more to assist their father, who claims he has renounced his Vietnamese citizenship.

"I hope the international community will continue to highlight my father's case to Scott Morrison, the current Australian prime minister, and the Australian government," Mr Chau's son said during the 18 February address.

Mr Chau had previously served in the Army of the Republic of Vietnam before fleeing his home country by boat and arriving in Australia in 1983.

He was sentenced alongside two other members of Viet Tan, Nguyen Van Vien and Tran Van Quyen.

Following his sentencing last year, Foreign Minister Marise Payne said it would be "inappropriate and not in Mr Chau's best interests" to comment on his case while appeals remain available under Vietnamese law.

"However, the Government of Vietnam is well aware of our interest in Mr Chau’s case and his welfare," she said.