Under the slogan "Finland has the world's best elections - think about why", the series of government-commissioned adverts encourage voters to think independently, amid fears of influence from the Kremlin. 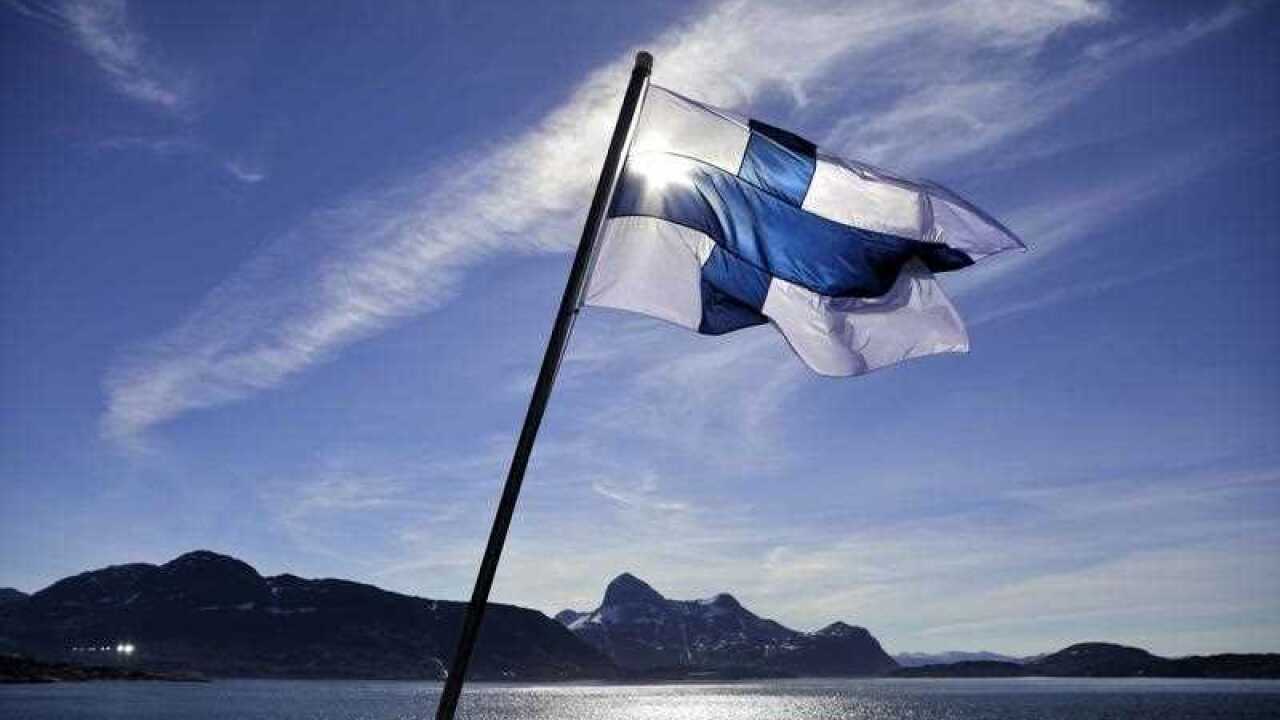 Finland goes to the polls on Sunday. Source: AAP

Ahead of elections in Finland on Sunday, officials have launched a publicity campaign to warn against fake news and disinformation amid fears that outside bodies may try to influence how Finns vote.

Authorities in the Nordic EU country of 5.5 million people, which shares a 1300-kilometre land border with Russia, have for years been alert to the threat of attempts to sway Finnish public opinion through propaganda, particularly that attacking the European Union and NATO.

The Prime Minister of Finland, the chairman of The Centre Party and parliamentary candidate Juha Sipila signs a copy of his book while campaigning on Friday. Source: AAP

Advertisement
Experts and ministers in non-NATO Finland have said much of the disinformation appears to link back to the Kremlin, which is believed to use the tactic to further its own political aims abroad.

Under the slogan "Finland has the world's best elections - think about why", the series of government-commissioned TV, radio and online adverts features prominent Finns encouraging voters to think independently and make up their own mind.

The stars of the campaign include a former president's widow, a video blogger and the national basketball team coach.

It also seeks to reassure the public that the results of Sunday's general election, as well as the European parliament elections in May, will be trustworthy and free from meddling.

"We don't use electronic voting machines or internet voting," says one of the figures in the adverts, adding that the electoral system is "not easy or even possible to manipulate".

In 2017, the justice ministry shelved plans to set up an online voting system over hacking and security fears.

Just days before the vote, Finnish police said they were investigating a denial-of-service attack against a website set up to report the election results, but explained the site had nothing to do with voting or vote counting and that incidents of this kind were common against public services.

"Officials are prepared for this sort of suspected cyber crime around election time," detective inspector Marko Leponen said in a statement.

"Our goal has been to take this issue to the public so that voters and parties and candidates could be prepared that this is possible," he said.

Alongside the media campaign, officials have offered anti-disinformation training to political parties and candidates, helping them to recognise and report suspected disinformation incidents, as well as to improve their own cybersecurity.

"The situation right now is quite good. We have seen no interference on a large scale," Mr Jaaskelainen said.

"We have one Nordic far-right group who have (distributed) some material which might be considered as interference but that was quite small."

Mr Jaaskelainen believes citizens in Finland are generally critical towards news on social media, thanks in part to high education levels.

However, Jessikka Aro, a Finnish journalist who specialises in investigating Russian-backed disinformation, says Kremlin campaigns underway for a long time have already been successful in steering public opinion in Finland and elsewhere.

"The idea of fake news and trolls is to radicalise people and mobilise them to act in a way that the Kremlin would want them to act - many people have become radicalised and spread those messages further," Aro told AFP.

"Current themes in Finland being promoted by the trolls are a lot of mistrust spread about the EU, and the idea of Finland separating from the EU, and ongoing fake news concerning the crimes of some asylum seekers," Aro said.

"We are seeing here in Finland at the moment, for example, fake news sites which are very extremist and which portray all asylum seekers as criminals," she said.

A series of highly publicised alleged sexual assaults by migrants came to the fore in Finland in December, swiftly followed by a sharp rise in popularity of the far-right Finns Party, who campaign on a hardline anti-immigration ticket.

Opinion polls ahead of the election suggest the Finns Party are now the second or third most popular in Finland, pushing the prime minister's Centre Party into fourth place.

Foreign-born people represent just over 6 per cent of Finland's population, making the country one of the most homogenous in western Europe.

READ MORE
Why Finland is the happiest country in the world

Countering so-called hybrid warfare - attempts by states or other organisations to secretly undermine another country's democratic institutions - has been a Finnish government priority, not least since 2013 when the foreign ministry discovered it had been the target of a cyber attack which had gone undetected for up to four years.

In 2017 Helsinki began hosting the NATO-backed Centre of Excellence for Countering Hybrid Threats, an institute conducting research and training for its members, which include many EU countries as well as the US and Canada.