A dispute over maritime borders and gas drilling rights has reignited the long-running rivalry between Turkey and Greece, with the two neighbours staging rival naval drills. 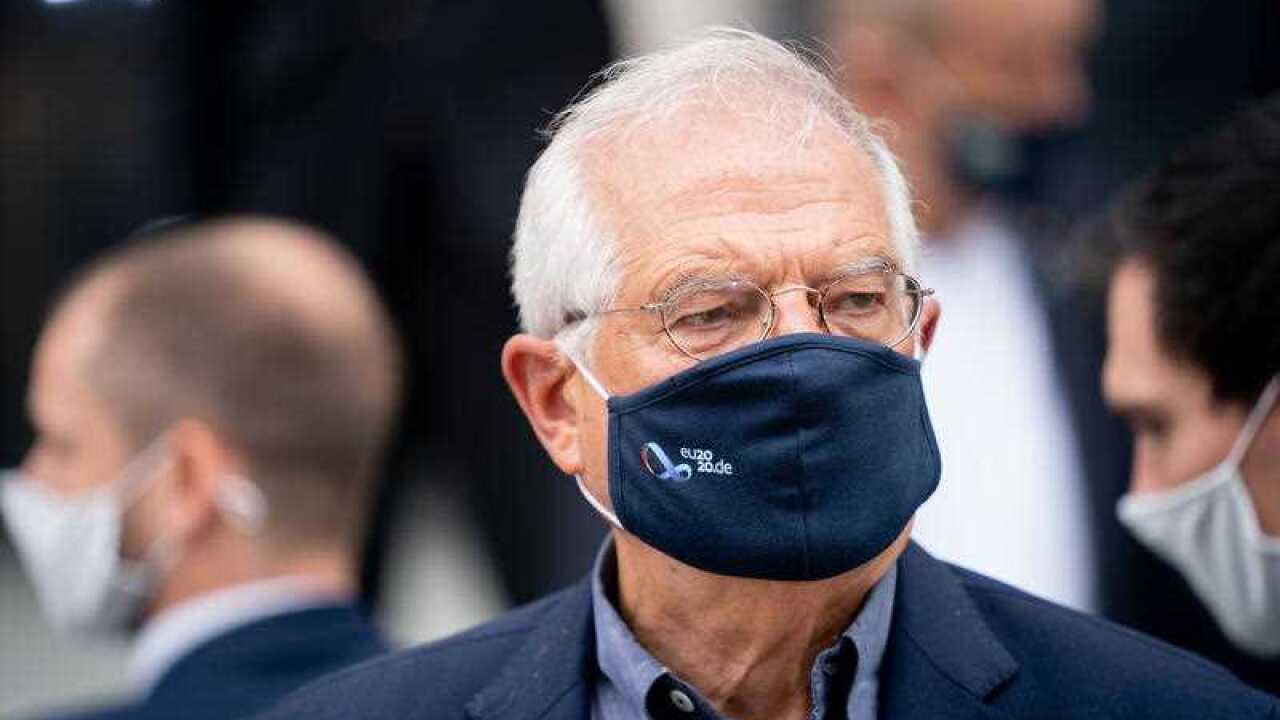 The European Union has warned Turkey it could face fresh sanctions - including tough economic measures -unless progress is made in reducing soaring tensions with Greece and Cyprus in the eastern Mediterranean.

EU diplomatic chief Josep Borrell said the bloc wanted to give "a serious chance to dialogue" but was steadfast in its support for member states Greece and Cyprus in the crisis, which has raised fears of a military standoff.

A dispute over maritime borders and gas drilling rights has reignited the long-running rivalry between Athens and Ankara, with the two neighbours staging rival naval drills.

Advertisement
EU foreign ministers meeting for talks in Berlin agreed to a request from Cyprus to sanction more individuals for their role in Turkey's exploratory drilling in waters claimed by the island.

Minister of Foreign Affairs of the European Union Source: AAP

Mr Borrell urged Ankara to "abstain from unilateral actions" as a basic condition to allow dialogue - which Germany is trying to broker - to advance.

"We agreed that in the absence of progress in engaging Turkey we could develop a list of further restrictive measures that could be discussed at the European Council on 24 and 25 September," Mr Borrell said after the talks.

Asked what these measures might entail, Borrell said sanctions could be extended to ships or other assets involved in the drilling, as well as prohibiting the use of EU ports and supplies and restricting "economic and financial infrastructure related with this activity".

Wide-ranging sanctions against whole sectors of the Turkish economy could also be considered, he said, but indicated these might only come into play if more targeted measures against the drilling were not effective.

"I think the Greek side has got what it could - that is, possible sanctions if Turkey does not choose de-escalation and does not return to dialogue," Foreign Minister Nikos Dendias told Greek media.

"I hope that Turkey will come to its senses, stop the provocations, stop the arbitrary actions and stop violating international law."

But there was anger from Turkey, which said the EU's "unconditional" support for what it called Greece and Cyprus's "maximalist" positions ignored Ankara's legitimate claims and was itself a source of tension.

"As Turkey each time emphasises dialogue and diplomacy, the EU's recourse to the language of sanctions will not help solve the resolution of existing problems and will in fact push our country's determination further," Turkish Foreign Ministry Spokesman Hami Aksoy said in a statement.

"If the EU wants to find a solution in the eastern Mediterranean, they should act without bias and should be an honest mediator."

The crisis splits members of the NATO alliance and in a phone call with Turkish President Recep Tayyip Erdogan on Friday alliance chief Jens Stoltenberg stressed "dialogue and de-escalation", a tweet said.