Diplomats say time is running out, with Britain due to split with the European Union in a matter of weeks. 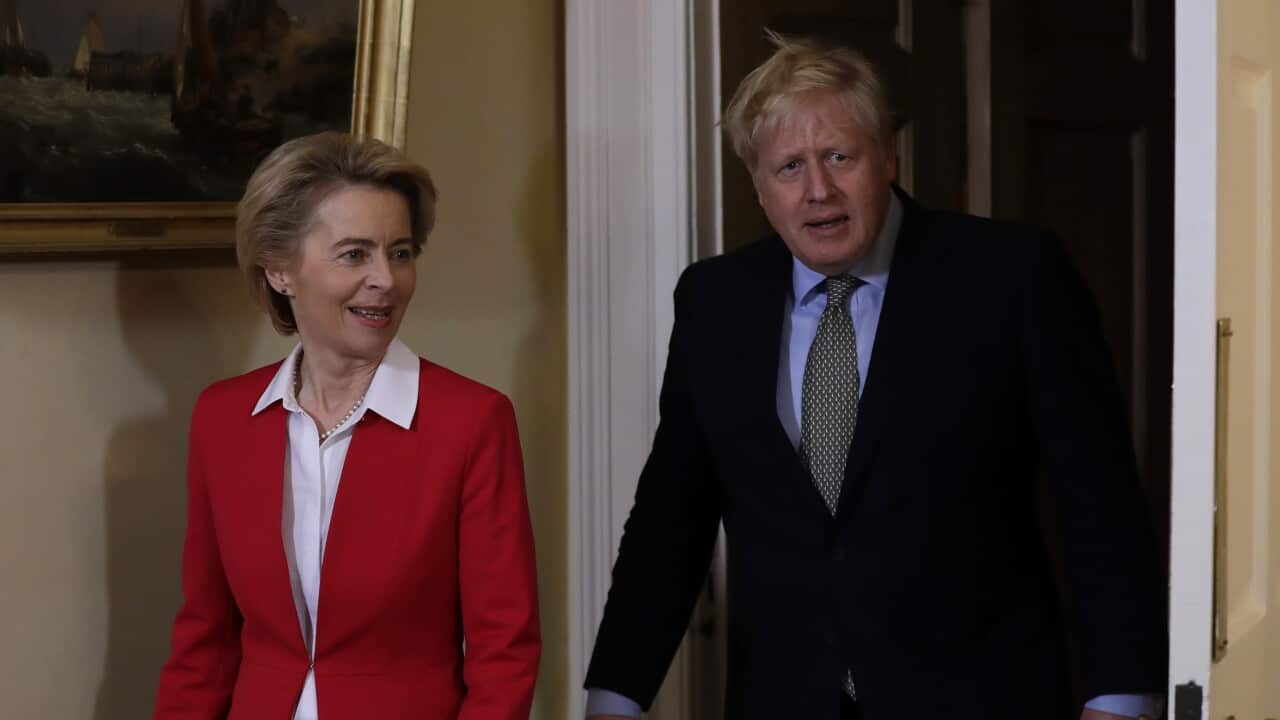 “We asked our chief negotiators to prepare an overview of the remaining differences to be discussed in person in the coming days,” they said.

Advertisement
It comes after British and European Union negotiators made a last-ditch effort to bridge stubborn differences standing in the way of a post-Brexit trade deal.

“EU-UK negotiations have entered the endgame, time is running out quickly,” an EU diplomat said before the joint statement was released.

With growing fears of no-deal chaos after London finally leaves the EU’s orbit on 31 December, Mr Johnson and Ms von der Leyen reviewed the situation in a call on Tuesday morning.

Investment bank JPMorgan said its odds on a no-deal had risen to one third from 20 per cent.

The British pound tumbled on concerns that there would be no agreement covering annual trade worth nearly $1.3 trillion.

Mr Barnier told members of the European Parliament in a separate briefing that negotiations could go on until Wednesday, but no further, Ireland’s RTE news said.

“People need to understand that the British are playing with fire here and the fire can burn everybody and that’s something we should all try to avoid,” Ireland’s commissioner in the EU executive, Mairead McGuinness said.

However, the Sun newspaper reported that Mr Johnson, a figurehead for Britain’s campaign that led to a “vote leave” victory in a 2016 referendum, was ready to pull out of the talks within hours unless Brussels changed its demands.

In London, a lawmaker in Mr Johnson’s governing Conservative Party said France would have to make concessions on fishing, and the EU would have to drop what he said were new demands on fair competition known as the level playing field.

Britain, which joined the EU in 1973, formally left the bloc on 31 January but has been in a transition period since then under which rules on trade, travel and business remain unchanged.

For weeks, the two sides have been haggling - as yet without a result - over fishing rights in British waters, ensuring fair competition for companies and ways to solve future disputes.

Failure to secure a deal would clog borders, upset financial markets and disrupt delicate supply chains across Europe and beyond as the world tries to cope with the vast economic cost of the COVID-19 pandemic.

Sterling fell by more than 1 per cent to six-week lows versus the euro and also dropped against the dollar to USD 1.327, a U-turn in market sentiment from Friday when it had risen above USD 1.35 for the first time this year.

With just days left for a deal to be agreed, EU diplomats said it was a decisive moment for both the United Kingdom and the bloc, which built the ruined nations of Europe into a global power after the devastation of World War Two.

Britain said it could remove clauses in legislation that would breach its Brexit deal with the EU and would review provisions in another bill if talks on the Withdrawal Agreement progress.

Britain admits the clauses breach international law but says they are an essential safety net that would ensure the integrity of the United Kingdom.