The former chair of the Australian Coal Association says the country needs to eliminate its dependency on coal exports. 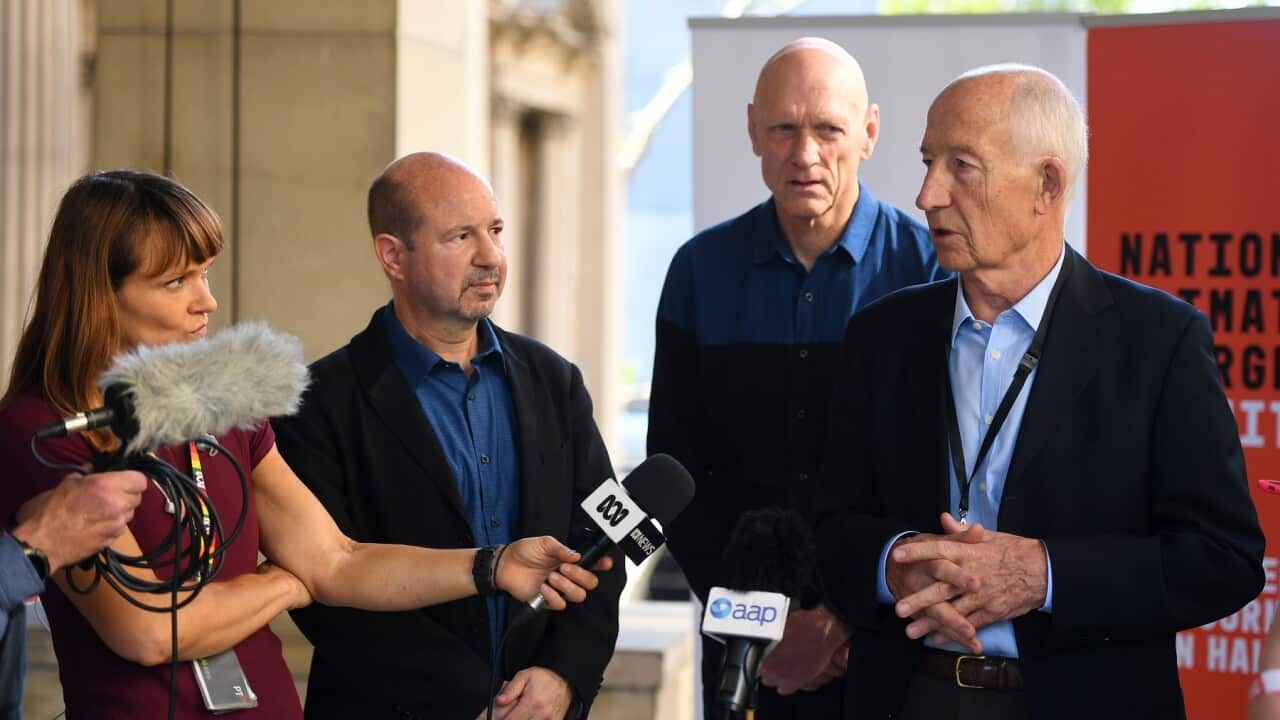 Former chair of the Australian Coal Association Ian Dunlop (right) speaks to media during a press conference prior to the Climate Emergency Summit. Source: AAP

A former coal industry head wants Australia to ditch the energy source, saying the country has had too much of a good thing.

Ian Dunlop, former chair of the Australian Coal Association, says the time has come for change.

"The fact is coal has been historically very important to this country, delivered a large part of the wealth we now enjoy," Mr Dunlop told reporters ahead of the National Climate Emergency Summit in Melbourne.

Advertisement
"There comes a point where you can have too much of a good thing.

'We have to change'

"We can't keep using coal any longer and have a sustainable, liveable climate, so we have to change."

Australian and international experts are nutting out the road map for making the transition on a local, national and global stage at the two-day conference which begins on Friday.


For Australia, that means moving away from the "bugbear" of coal.

"We can't just keep saying because we've had coal ever since World War Two, or longer, that's the way the world intended," Mr Dunlop said.

"Australia is in for a world of hell unless we start to take climate change seriously," the former environment minister said.

"That means having a strategy that crosses the political divide, declares an emergency and uses the full resources of the national government to start to reduce our emission and prepare Australia for a climate crisis."

'Impacts are no longer subtle'

"The impacts of climate are no longer subtle, we are seeing them play out in a profound way here in Australia," Professor Mann said.

"If we act now and bring our carbon emissions down by a factor of two within the next 10 years, we can prevent the worsening of the problem."

It comes as The City of Melbourne considers a zero emissions target by 2040 after Sydney made the pledge.

This would be a decade earlier than Australia's target.