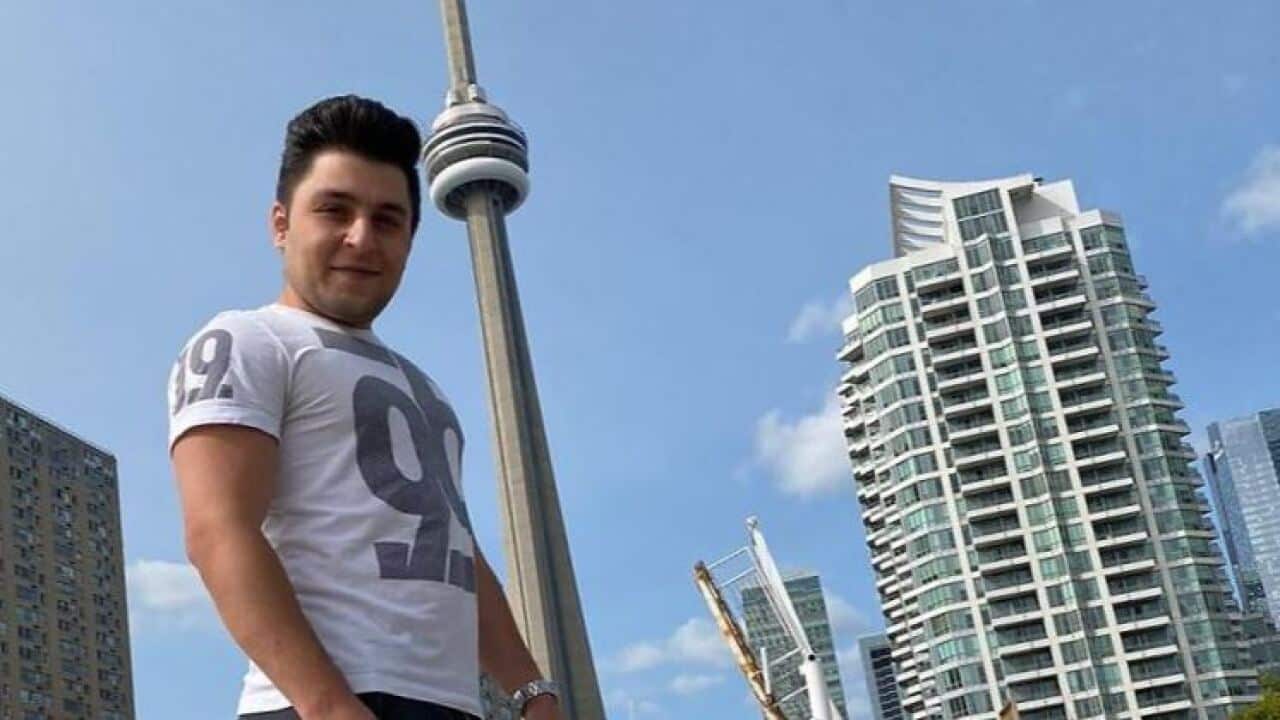 Ex-Manus detainee Amir was given a new life by sponsors in Canada. Now he’s looking to pay it forward

After years of detention on Manus Island, Amir Sahragard got a fresh start in Canada through the country's refugee sponsorship program. Now, he's using the scheme to help two other Iranian refugees get to the country as well.

Published 5 January 2021 at 3:59pm
By Evan Young
Amir Sahragard hoped to come to Australia and apply for refugee status when he fled Iran as a 21-year-old back in 2013.

Instead, he would spend nearly seven years detained on Manus Island, after arriving there via Indonesia and Christmas Island.

After spending most of his 20s in detention, a new phase of his life began in November 2019 when he arrived in Canada via the country's
private refugee sponsorship scheme
.

Advertisement
“When I got here, I was mentally and physically very sick,” the now-28-year-old told SBS News from Toronto.

"I had so much anxiety and stress. I had to start a new life, which wasn't really easy. But the people who sponsored me and helped me made things easier for me.”

The first year was hard, but 12 months into his new life, Amir is now a permanent resident, about to start a new job as an electrician and is living with his new "family", a group of four friends, in downtown Toronto.

“They are so nice and I love them so much. I am so happy to know them all.”

Amir (centre) upon his arrival in Canada at a Toronto airport. Source: Supplied/Ads-Up Canada

Now, Amir is using the same system that helped him resettle in Toronto to get two fellow Iranian refugees he met in Indonesia to Canada.

He and several others have formed a private sponsor group and launched a fundraiser to get the AUD$36,000 needed for Fariba* and her 22-year old daughter Shaghayegh's applications for the program.

Under the Canadian system, any five citizens or permanent residents can get together and sponsor a certified refugee from overseas at a cost of around $18,000 Australian dollars each.

Fariba and Shaghayegh, part of Iran’s persecuted Baha'i religious minority, have been living stateless in Indonesia for around seven years. They fear detainment and death back in their home country and are not afforded rights to live a normal life in Indonesia.

Amir met the pair - which included a then-teenage Shaghayegh - after arriving in Indonesia in 2013 following his exit from Iran.

“We were in the same building,” he said. “I had lost everything that I had: my money, my passport, everything. They helped me and gave me food. They were such caring people.”

The pair, who are now United Nations-certified refugees, were to be on the same boat to Australia as Amir.

That voyage would ultimately land Amir on Manus Island.

“Somehow, they didn't come. I guess, police got them or something,” he said.

Years later, the trio found contact again via Facebook, and after arriving in Canada, Amir told them about the country’s sponsorship program.

“Now I feel like I have an opportunity to help them, to give them the new life that people are giving me,” Amir said.

“It might be nothing for me, but it would be a life for them.”

Looking to raise the funds needed with Amir is Jill Horton, a Canadian-born social worker and refugee advocate who now lives in Port Macquarie in NSW.

After being introduced to Toronto-based Stephen Watt, the pair started a project called Team Canada in 2017, aimed at helping refugees across the world start a new life in Canada under its sponsorship scheme.

Ms Horton, who had visited Manus that year and kept in contact with those in detention there, said it was important refugees in Australia’s care would be included.

Amir and Jill Horton at Brisbane Airport prior to his flight to Canada Source: Supplied/Jill Horton

“We felt it was something that needed to be done, because there were asylum seekers detained by Australia that weren't going to the US,” she said, referring to the 2016 refugee resettlement deal struck between former leaders Malcolm Turnbull and Barack Obama.

From Canada, Mr Watt has helped finalise more than 70 applications for the sponsorship scheme - including Amir’s and those of more than 20 others still in Australia’s immigration system. Ms Horton has been driving fundraising efforts from Port Macquarie, and given her background in social work, providing friendship and support to the refugees.

Team Canada is one of several community-based projects using the country’s private refugee sponsorship scheme, which also includes Ads-Up Canada,
a volunteer organisation made up of Australian expats
.

Ms Horton said it was a thrill to see Amir begin a new life and she hoped more people in detention across the world would soon get the same opportunity.

“I watched Amir on video arriving in Canada. It felt pretty good that we were part of something that was going to change his life,” she said.

“Right now, we’re fundraising for Fariba and Shaghayegh to get over to Canada. And after that, I'll start fundraising again for another person in detention.”

Amir said he also wants to help sponsor and fundraise for more people in the future.

“I'm going to do a lot more because I know other people which I'm trying to help, including my friends from Manus,” he said.

“I might not be able to do everything for them, but I can do fundraising and find people to be their sponsor … because I was in their shoes before. Now I'm here and having my freedom and enjoying my life.”