Explainer: Who decides if Australia goes to war?

Tony Abbott says Australian forces are poised to join the US-led military campaign against the Islamic State in Iraq and Syria. Does such involvement put Australia 'at war'? And where does the power to declare war come from? 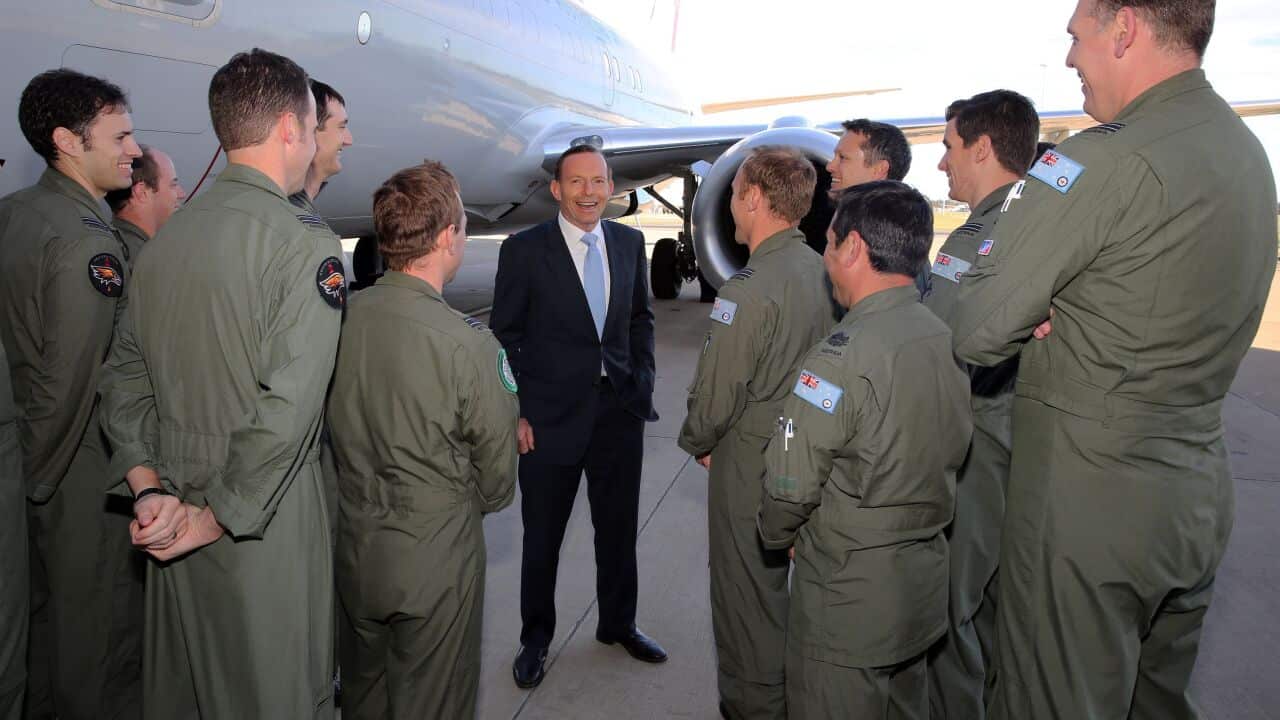 Australian forces look set to join efforts against the Islamic State in Iraq and Syria as part of a US-led mission against the group.

While the final-go ahead is yet to be given by the government, Tony Abbott has signalled support for the mission and RAAF aircraft set to take part are this week undergoing
training missions in the Middle East
.

But would such involvement put Australia at war? And where does the power to declare war come from?


Who decides if Australia goes to war?

Under Australian law, this decision is made by the prime minister and cabinet.

ANU Professor of International Law Donald Rothwell says the process usually begins with discussions by the national security committee and then moves up.

"The matter will go from that committee to the full cabinet for deliberation and endorsement of any proposal to engage in military activity," he says.

What does the Constitution say?

The Australian Constitution, which outlines the powers of government, is more interesting for what it doesn't say on this topic than what it does.

Section 51(vi) gives Federal Parliament the power to make laws around "the naval and military defence of the Commonwealth and of the several States, and the control of the forces to execute and maintain the laws of the Commonwealth".

Section 68 specifies that control over the country's naval and military forces is "vested in the Governor‑General as the Queen's representative."

But it does not set out circumstances under which it would be acceptable, or legal, to go to war.

Does Parliament have a say?

No. Unlike other countries around the world, the Australian government does not need to have endorsement from Parliament to proceed with military action.

Professor Rothwell says while that does not mean such matters aren’t debated in Parliament, it does not have any formal role in the decision-making process.

"What the Constitution does say is that the executive exercises executive power and under the system of government that operates in Australia, traditionally it is the executive which is een to have this capacity to engage Australian military forces in missions overseas," he says.

How does Australia compare to the rest of the world?

Dr Gil Merom from the University of Sydney’s Department of Government and International Relations and The Centre for Security Studies tells SBS Australia’s system is markedly different to that of countries such as the United Kingdom, the United States, Germany and Japan.

"In the US it's very clear," he says. "The president is a commander in chief; he can lend an order to the army to start fighting. He cannot declare a war.

"The power to declare a war resides within congress."

That process is set out in the 1973 War Powers Act, which was designed to limit a president’s powered to commit to military action in response to former President Nixon’s conduct over the Vietnam War.

In France, the president and cabinet have the power to make launch military action and have exercised this power on numerous occasions.

In the United Kingdom, the prime minister has to get parliamentary approval before commencing military action.

David Cameron’s recent bid to join the US in military action in Syria was rejected by the parliament, an example of the process in action.

Professor Rothwell said there is debate over whether Australia should follow in Britain's lead.

"You want to have some balance of power within a country and within politics but you also want to have some autonomy for the prime minister and cabinet to make the decisions they think are most appropriate," he says.

"You cannot involve all of society all of the time in each decision."

Do you think the United Kingdon system is preferable? Tweet @SBSNews to have your say

At the other end of the spectrum, countries like Japan and Germany have essentially denied themselves the right to go to war.

Japan denied its right to go to be involved in any hostilities, for any purpose, and Germany contributes to support and defensive missions but avoids hostilities altogether.

Yes. Under international law there are very significant limitations on the ability of countries to undertake military operations.

Professor Rothwell says military operations could be conducted legitimately on a number of grounds including self-defence or in reliance on a UN Security Council resolution, adopted under chapter 7 of the UN charter, which authorises UN member states to use military force.

Does joining the US-led operation put Australia at war?

No. Islamic State is not actually a state and Australia cannot declare a war on a non-state.